All The Colors of the Earth | Sheila Hamanaka 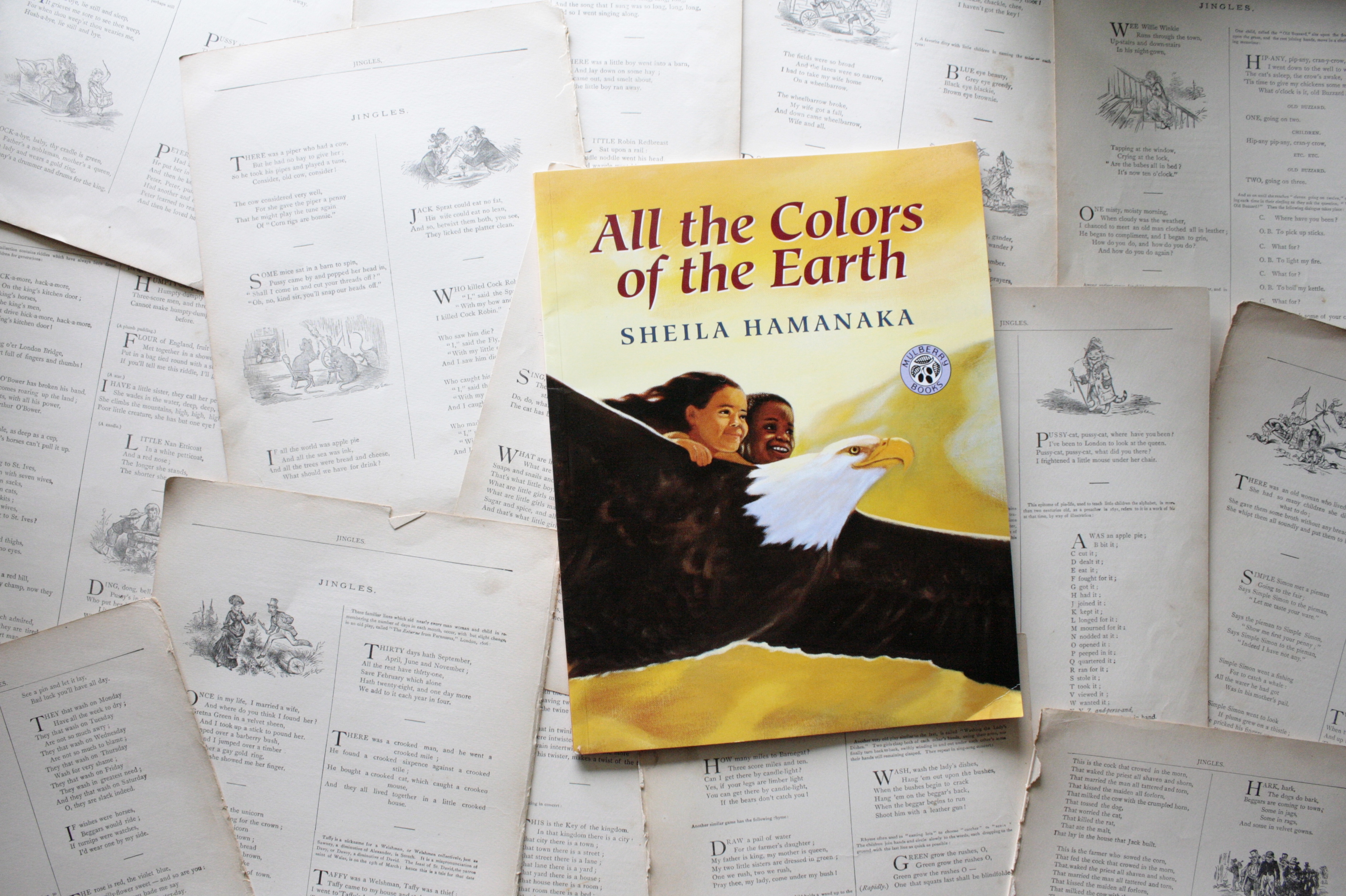 With one brief exception, I have lived in this city since I was a toddler. I take my children to play in the same parks where I played as a child; we make our weekly excursion to the same children’s section of the same library I haunted as a girl (it hasn’t changed much since then). I went to college here, got married here, and can see one of my childhood homes from our front porch.

This is a beautiful city, but I have learned that there is a sort of culture shock for people moving here from elsewhere: The annual Naked Bike Race. The independent circus. The organized disorder of the Friday afternoon protests downtown. These can take some getting used to if you’re from a place where folks dress up from time to time and have a well-developed sense of propriety.

But when I ask new friends how they’re adjusting to life in this corner of the country, I almost invariably something about our near-complete lack of racial diversity. It’s very white here, one friend from the southeast said. And I suspect she was right, but I can’t really confirm it: this very white place seems normal to me, and that makes me nervous.

That means that I probably have a blind spot as a parent.

We want our children to pursue God’s call, no matter where he takes them. And if he calls them away from here, then they will (we hope) find themselves living among people who differ from them in many respects, including skin color. We don’t want that to seem strange to them as adults. We’d much rather they learn to value those differences now, when they’re forming their understanding of the world.

So when that particular blind spot began to take shape for me, I tackled it the same way I tackle almost any issue that comes my way: I made a plan and bought a pile of books. (Note: I am trying to revise this strategy. I’d like to tackle issues by first praying for wisdom—and then making a plan and purchasing a pile of books. But it’s a process.)

I suppose I should have said it earlier, but this post is really about two books: All the Colors of the Earth and the book that led me to it, Jamie C. Martin’s Give Your Child the World. Her vision for giving her kids a global perspective helped clarify my desire to open our daughters’ eyes to the fact that people all over the world are beautifully different: not all adult men wear plaid and go on at great length about artisan beer. Not all cities have a population of folks who could easily have come from this video.

And not all children have fair skin made extra pale by the long gray winters spent indoors.

With that in mind, I bought my pile of books, and this one was at the very top. All the Colors of the Earth is a slender picture book that opens with the line, “Children come in all the colors of the earth.” Sheila Hamanaka goes on to describe the many varying shades of skin color in terms of nature:

“The roaring browns of bears and soaring eagles,
The whispering golds of late summer grasses,
And crackling russets of falling leaves . . .”

My girls loved this book. I loved it too, because it was a beautiful affirmation of God’s work in making each one of us different: rather than lumping us into groups without subtlety, Hamanaka treats skin color as a spectrum with gradients and variation. My daughters, by this book, are not “white” but “the tinkling pinks of tiny seashells by the rumbling sea.” And I hope that as they befriend children whose skin color varies from their own, they think not in terms of “black” or “brown,” but in words like “cinnamon,” “walnut,” and “wheat.”

Sheila Hamanaka uses the choicest language (and the sweetest illustrations) to describe the children of the world, and in doing so, she affirms the beauty of each child as an image-bearer of God. This is a timely message and one that I’m delighted to pass on to our daughters.

All the Colors of the Earth
Sheila Hamanaka (1999)