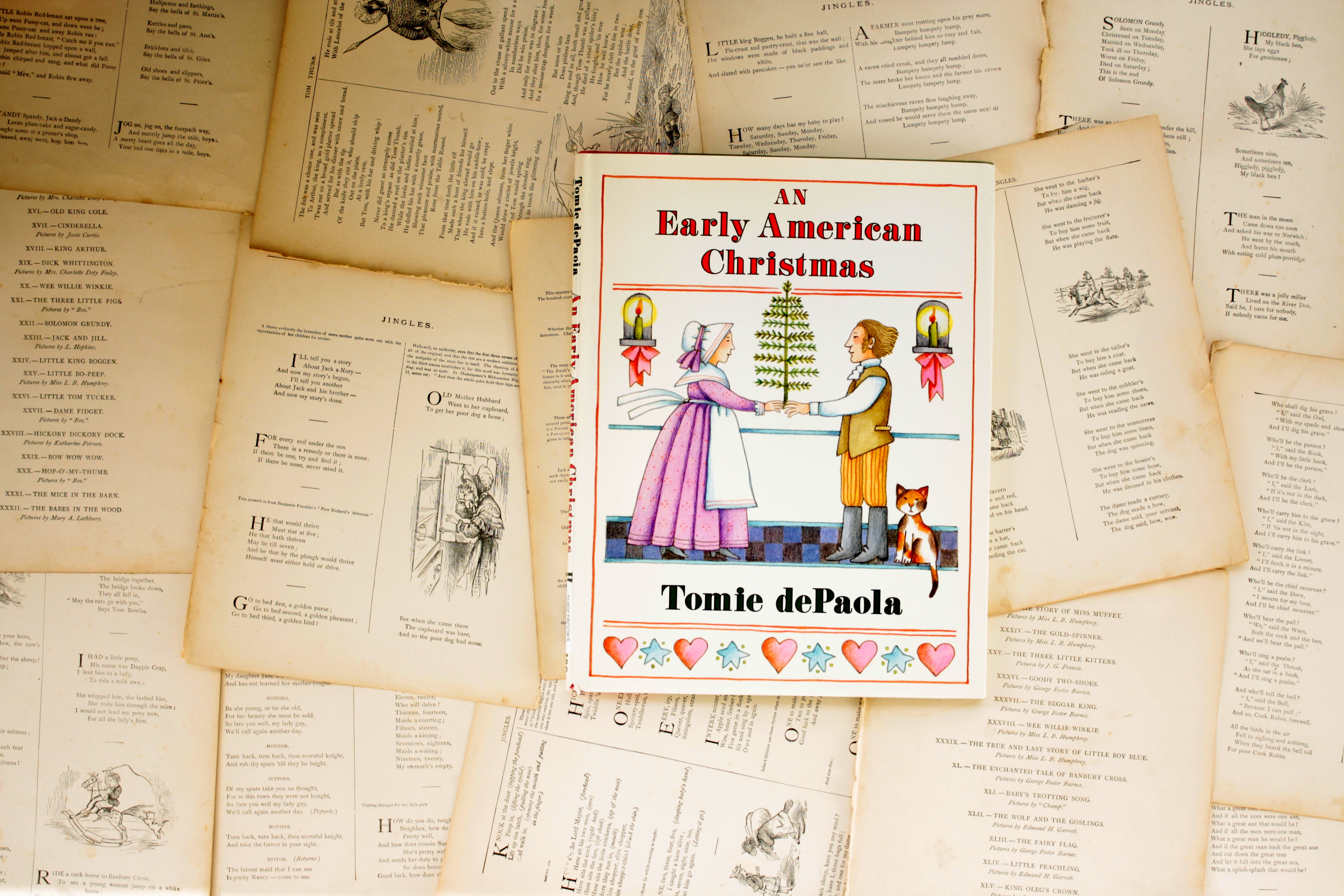 Before we get to today’s scheduled post, I have to say something a little awkward: I no longer recommend Ann Voskamp’s book, Unwrapping the Greatest Gift. This is due in large part to Voskamp’s writing style, which seemed passable when I read through the book alone but that fell apart when read aloud with our family, as it rendered each story so frustratingly abstract that even my husband and I had a hard time following her train of thought. We also began to suspect that there were some doctrinal soft spots lurking in the devotions, but because of the author’s writing style (about which I really am trying to be gracious), we found them hard to identify and therefore hard to discuss with our children.

I wanted so badly to love this book (did I mention the illustrations?), but we were only able to make it through four readings before reaching a unanimous decision to return the book and investigate our other options.

And now I find myself in the prickly position of having to retract a recommendation that I made—not once, but twice—here on the blog. I know now that it’s not enough to read through family devotionals on my own, especially if I find myself swayed by beautiful illustrations, but that they need to be read with my family before I so much as draft a post to share with you. If any of you bought the book on my recommendation and had an experience with it similar to mine, I’m so sorry!

Now, back to today’s post about a book that I have read dozens of times over the course of many years with my family and therefore can stand fully behind.

I don’t know what afternoons are like where you live, but up here in the Northwestern corner of the continental US, they are dark. Sometimes, they are cozy dark—”stay in and make hot chocolate” dark. But the rest of the time, they’re just drippy, dreary, dismal, ready-for-bed-at-5 o’clock dark. I have lived here my whole life and it happens this way every single year, and yet I still cannot get used to parting ways with the sun at four in the afternoon.

But one side effect that I’m discovering for the first time this year is that it’s difficult to photograph one’s books on the front porch when the light outside is effectively that of dusk by 2 p.m. The colors are weird, the shadows are weird, and the cat is cold enough to interrupt everything I do in the hopes that I might—just might—sit down so she can nest in my lap.

Tomie dePaola turns that early darkness into something lovely in this passage from An Early American Christmas: “As the days grew shorter, the winds blew colder. Then the snow began to fly and December was here. Soon, soon it would be Christmas.” See? This only lasts until December 22—that is what I tell myself. And then: Christmas! And after that: more daylight!

An Early American Christmas introduces us to a small village in New Hampshire where celebrating Christmas is not a thing that is done, and to a family from Germany who moved to that village and brought their Christmas traditions with them.

“The Christmas family” celebrated the holiday with the sort of joy that simmered over the course of months as they prepared their home for the coming festivities: shaping bayberry candles, whittling nativity scenes, choosing their tree and baking sweets, as the year moved them closer and closer to Christmas. Tomie dePaola is the right sort of illustrator for a story like this, as he excels at depicting sequences: the grandmother and mother making candles moves from the top left of one page to the bottom right of the other, beginning with them picking bayberries and ending with the finished candles hanging to dry.

He details the thoughtful creation of each piece of their family’s celebration in a way that stands in stark contrast to our highly marketed, factory-made gifts and decorations, and creates a sort of nostalgia (in me, at least) for a time when there was no option to purchase tacky decorations or token gifts: if you wanted something, you had to make it yourself. And if you wanted to give something to somebody else, you had to make it yourself.

(But whenever I start feeling this nostalgia for “the old times”—Lydia’s phrase—I remind myself of the state of medical care back then, with its leeches and blood letting and lack of anesthetic and bam! Contentment with my own point in history returns.)

This is a slow-moving story filled with the anticipation and preparation before Christmas, and it captures beautifully how one family lived quietly among their neighbors and yet changed the ways of their village, until “one by one every household in the village became a Christmas family.”

I don’t know if this book is still in print, but it is available on Amazon for pretty reasonable prices. Also, for you local folks, there is a copy in our public library (that’s where I found this book in the first place).