The Door Before | N. D. Wilson 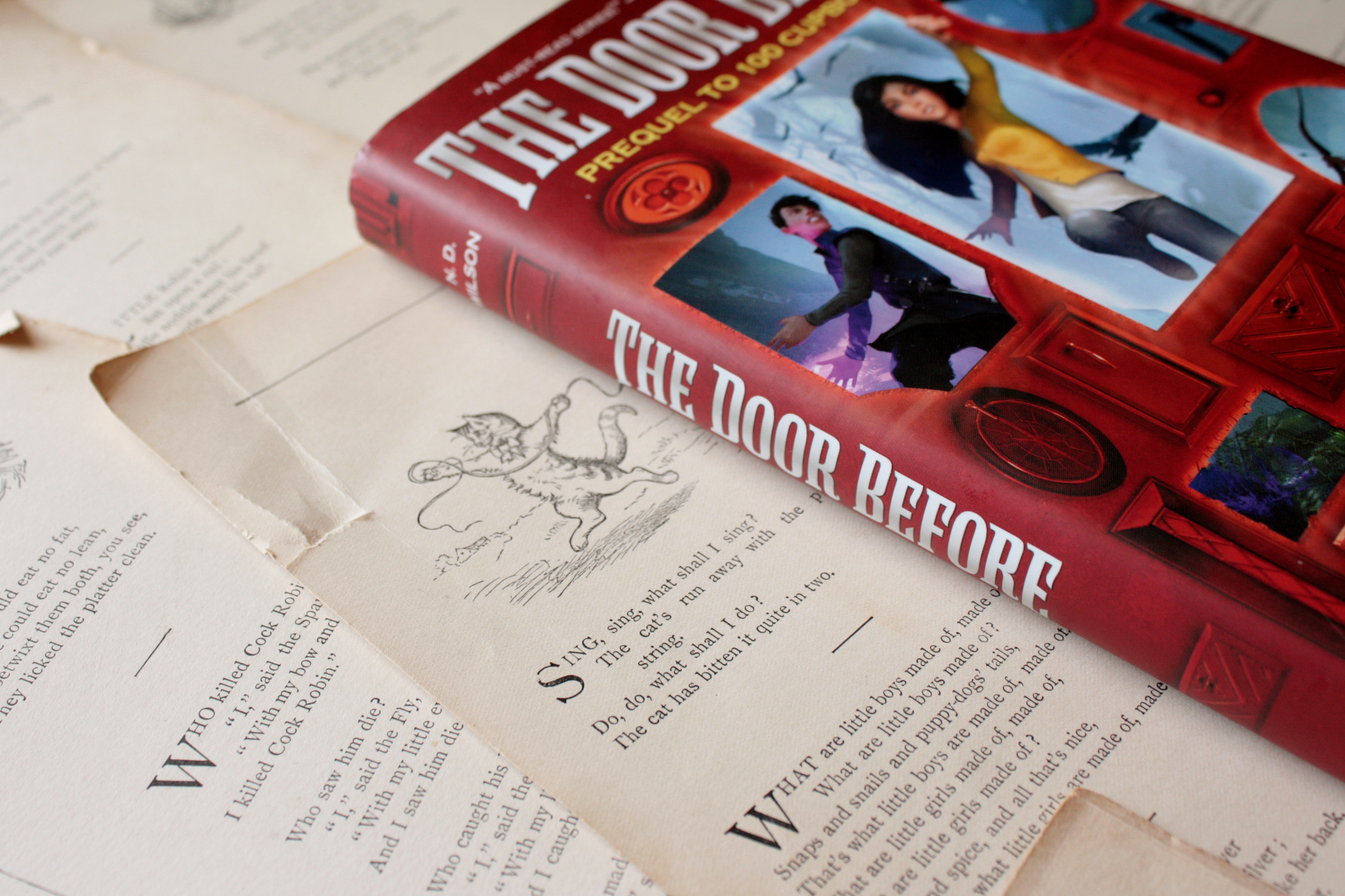 Is there a better moment for a bookworm than the one when a favorite author announces that his newest book will be a reentry into the world of one of his most beloved series? I doubt it. But is there a more depressing moment than the one that comes when a reader realizes, halfway through the new book, that the original series was better without the late entry? No. After a few experiences of that sort, I’ve come to regard announcements like this one with an immediate rush of joy (a return ticket to a beloved world!) followed by apprehension (But what if it’s like Clariel?).

But when N. D. Wilson announced The Door Before, a prequel to his 100 Cupboards trilogy, the apprehension didn’t flood over me, but only lapped quietly at my toes. If anyone could do it, I thought, N. D. Wilson could.

And he did. He did it right.

The Door Before introduces us to new aspects of Wilson’s ever-expanding world, and masterfully links  (so I hear) this series to his Ashtown Burials series. Because I haven’t yet read that other series (I have been saving it, so I’ll never not have an ND Wilson series to look forward to), I can’t comment much on how delightful that is, except in theory. But I can tell you that the story of The Door Before is a powerful force, and I was swept into it immediately.

The Door Before answers old questions and raises new ones, and makes the world(s) of 100 Cupboards seem both bigger and more well-ordered than before. Old characters appear throughout this book, and I wanted to cheer when I met them, the way we do when an old friend saunters onscreen during a new Star Wars movie. But I couldn’t, because Mitch hasn’t read the book yet. I cheered inwardly, ate some chocolate, and kept reading.

Every book I read by N. D. Wilson cements his place at the top of my list of favorite authors—the way he views our world and his created world, the way he gives his characters room to move and make gut-wrenching decisions, enables him to craft stories that are intense and sometimes gruesome but always strangely beautiful, too.

The Door Before is a welcome addition to the 100 Cupboards collection—one I can’t wait to reread alongside the original trilogy and the Ashtown Burials series in a giant N. D. Wilson binge.

My dear friend Jennifer Harris interviewed me on her blog Every Morning, New Mercies! You can read the interview here  and learn more about why I started this blog, how I know I’ve found a book worth reviewing, and when I fell in love with classics. But you should stick around and read her posts, too! “The Hospitality of Frog and Toad” is one of my favorites, as is her piece (featured in “The Warren & the World”) about Charlotte’s Web. And her post on the myth of balance is just lovely.