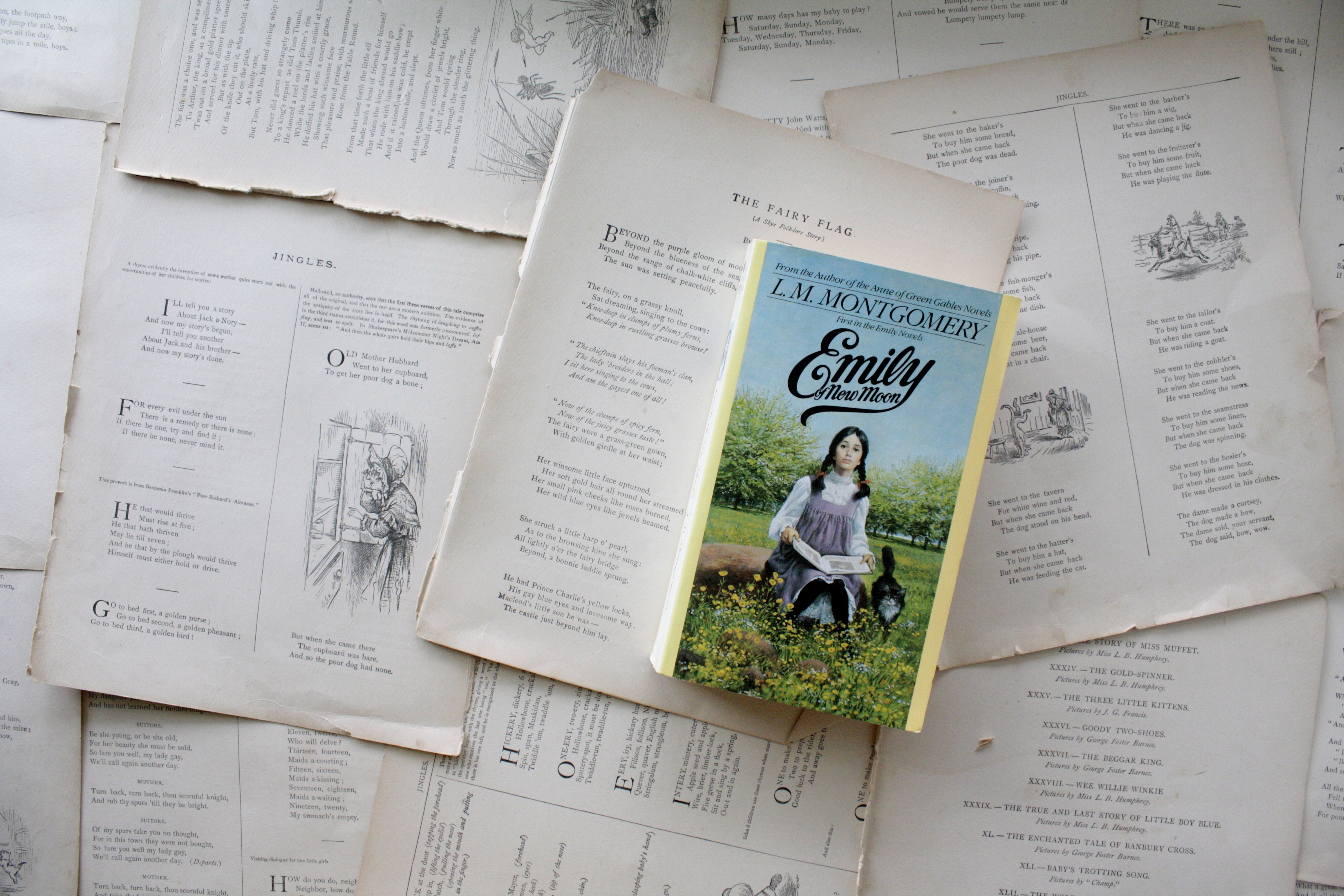 At thirteen, I wrote rhymed poetry and plucked away at my Stratocaster. Emily Byrd Starr wrote rhymed poetry and wandered the woodlands of Prince Edward Island, naming trees and adventuring through gardens and fields. I can’t help but think that we would have been friends had I been more inclined to read classics at thirteen and less drawn to the likes of R. L. Stine. But, alas.

The up shot is that I get to discover Emily of New Moon now, as the mother of (almost) three daughters, and the introduction is no less sweet for having been delayed.

L. M. Montgomery’s writing is pitch perfect, her stories lovely, her characters (even the smallest of them) animate in a way that reminds me of Charles Dickens, who could bring a character to life in half a sentence. Montgomery’s characters possess such a fullness, even when they grace the page for a mere scene or two, that I find myself just as smitten with the smallest of characters as I am with Emily herself.

Emily has all the makings of a classic story: a quirky, unconformable orphan finds herself in new environs, grumpy old ladies, historical house and all. These are elements you’ve seen before (even in Montgomery’s best loved work, Anne of Green Gables), but Montgomery lovingly shapes them into something original, something that you want to move into and live with for a while. One gets the sense that she loved Emily—how could she not? She’s written so thoroughly, with her flaws visible but readily forgiven. Her strengths are raw, wanting only time to temper them.

Emily of New Moon does not open easily—few stories about freshly orphaned children do—but from the opening pages I was drawn in so deeply that I hardly surfaced until I ran out of pages to read. Emily is a book that gives few hints as to where it’s going, so I won’t ruin the scenic ride for you by breathing a hint either: I would much rather rehash it with you after you’re through. (That would give me time to finish the rest of the series, anyway.)

My husband and I first got acquainted in a high school production of Anne of Green Gables, where he was a senior cast as hunky Gilbert Blythe and I, a freshman, won a speaking part as the fiery Aunt Josephine Barry after a junior dropped out of the play. All my friends thought he was dreamy, but I didn’t see what the fuss was about.