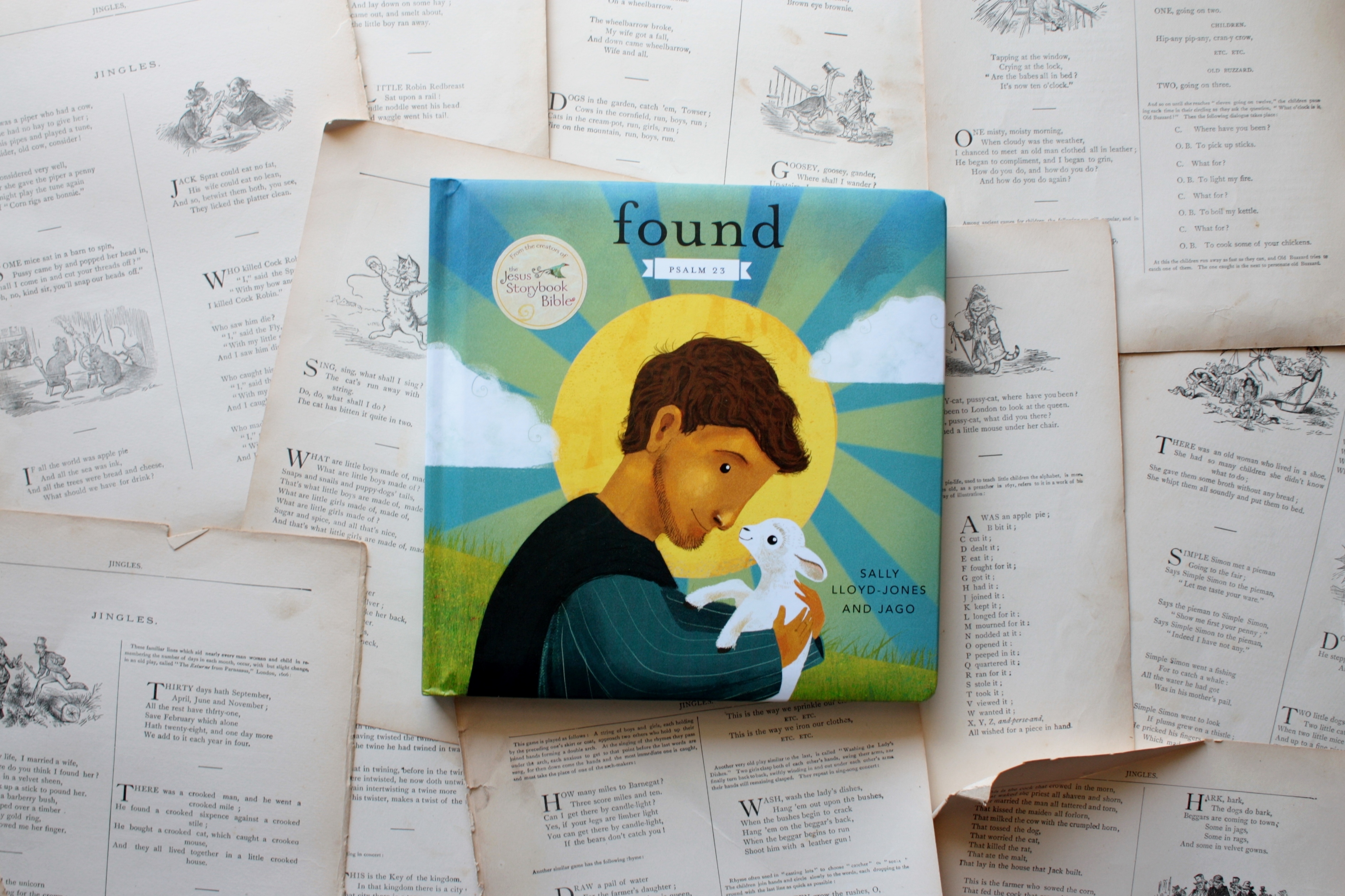 This review might seem a little redundant. I did just write about another Sally Lloyd-Jones book, after all, and I reviewed a book about Psalm 23 not long ago. I even went on about books on Psalm 23 in that post, saying that they were nice and all, but that not many were worth sharing.

But the next month Sally Lloyd-Jones and Jago released a book on Psalm 23, and of course it’s worth sharing.

Found is a bigger-than-usual board book that pairs the text from The Jesus Storybook Bible‘s Psalm 23 with Jago’s illustrations of a shepherd and his sheep. Of course, that’s the approach that I ultimately shrugged my shoulders at in my January post, but Jago’s interpretation is anything but bland. His shepherd is tender with his sheep in a way that seems just right for a book aimed at the littlest readers.

An aside: I love Jago’s illustrations in The Jesus Storybook Bible. But his newer work is amazing—take a look at his Etsy shop and you’ll see what I mean. This book, like Thoughts to Make Your Heart Sing, is done in that newer style, and I love it.

So, once again, Sally Lloyd-Jones and Jago, the super group we know and love, have illuminated a well-worn passage of Scripture in both word and image. I tucked this beauty away and will give it, I think, to Phoebe for Easter, because it’s just perfect for giving to little people for Easter. What will you do with your copy? (Because you’re buying this right now, aren’t you?)