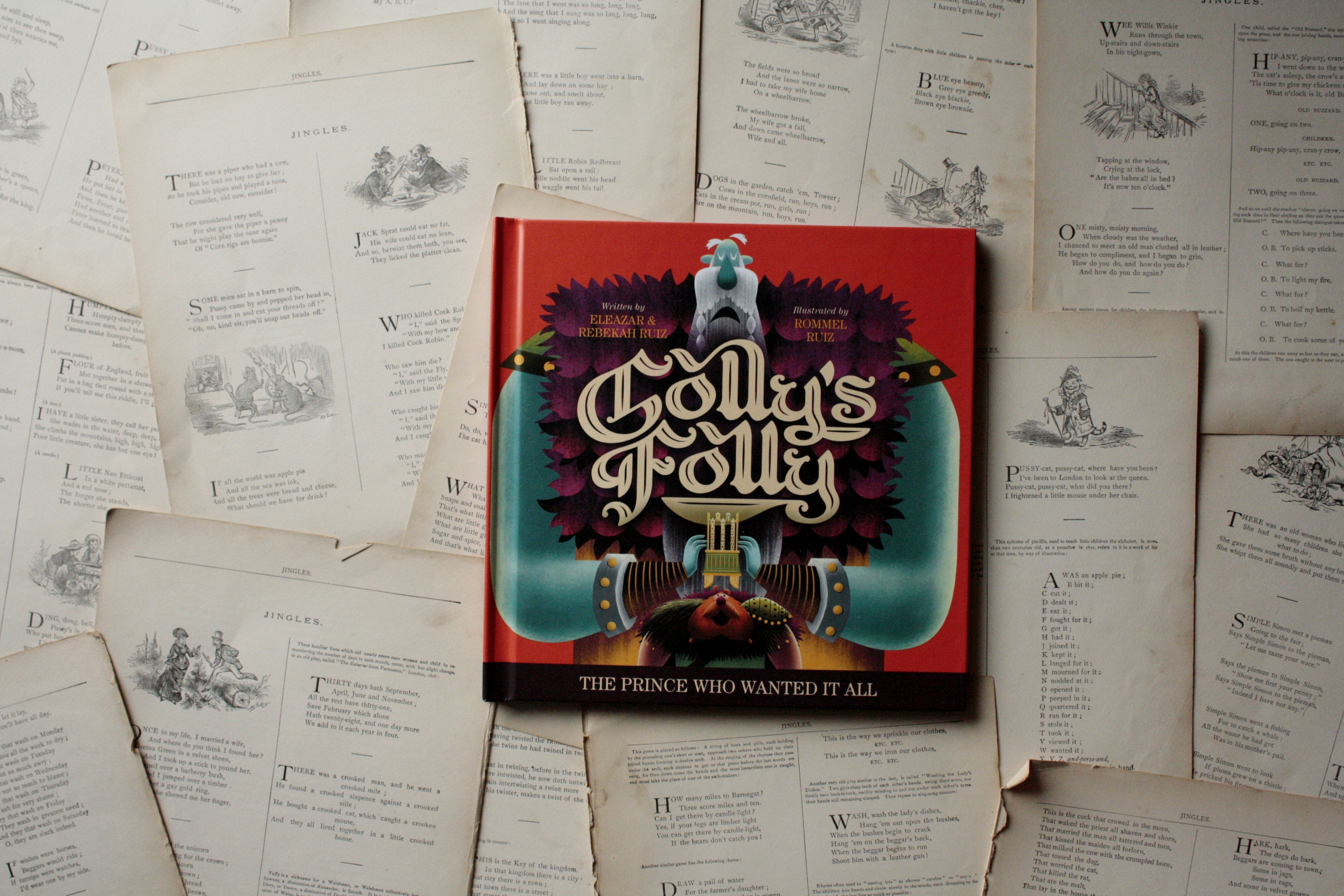 Some of the best parts of Scripture feature unsavory elements. Adultery, for example. Prostitution. Murder. And because those passages tend toward the unsavory, they don’t often get shared with children.

Maybe that’s as it should be. Maybe those books are better after the wait.

But sometimes authors take the plunge and pull surprisingly beautiful themes out of Scripture’s darker corners. Authors Eleazar and Rebekah Ruiz did just that when they adapted the story of Ecclesiastes into a parable called Golly’s Folly.

Golly is a prince who grows impatient for his turn to be king. But when his father hands his crown over to Golly, Golly uses his new authority to surround himself with wealth, possession, and knowledge—all in an effort to make himself happy. That goes about as well as you might expect. Eventually, Golly learns that what makes him truly happy was his before he ever wore a crown.

I happened upon a trailer for this book months ago, and while I was promptly smitten with the illustrations and the design, I was most taken with the message of the book. From a young age, our children are surrounded with countless variations on the theme that we can find our happiness in possessions and experiences and achievements, and they watch us wrestle with those same temptations (with varying degrees of success). So I’m thankful for a book that shows our children, clearly and concisely, where our true happiness lies.

And while I’m excited to tell you about Golly’s Folly myself, this week’s review doesn’t end there: on Tuesday, you’ll get to hear directly from authors Eleazar and Rebekah Ruiz, who were kind enough to let me interview them for this blog! I think you’re going to love what they have to say about children’s books, beauty, and their new publishing company, Patrol Books. (We’ll also be giving away a copy of the book!)

But if you can’t wait until then and want to know more about the book right now—why they wrote it, how it was made—here are a few behind-the-scenes videos about the making of Golly’s Folly to tide you over: