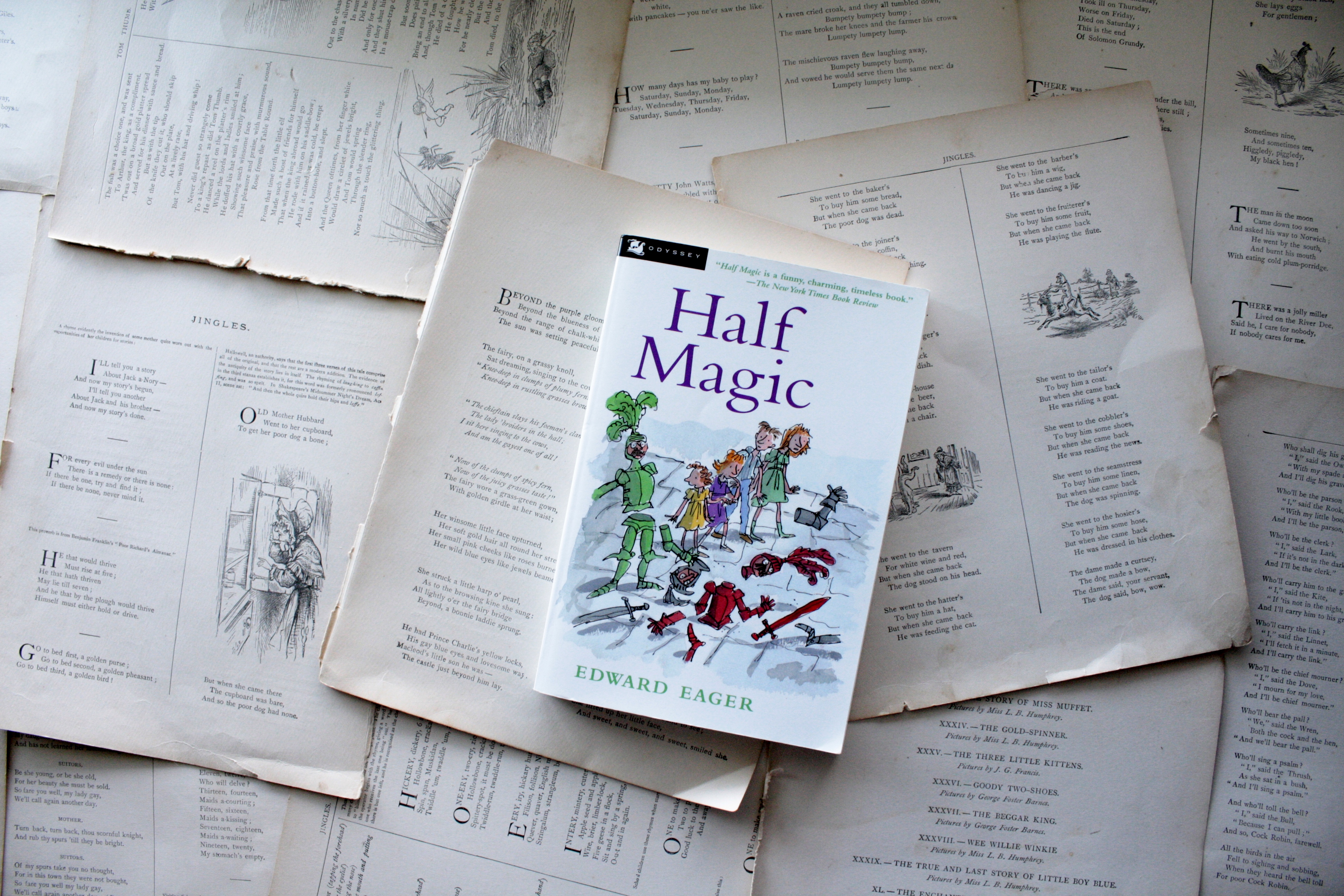 Four children find a coin that grants wishes, but it only grants wishes by halves. Adventure and hilarity ensue.

The plot of Half Magic might strike you, as it did me, as the sort of thing that E. Nesbit might write, and that is no accident. In the book’s opening chapter, Edward Eager gives E. Nesbit’s books a cheerful salute, then goes on to tell a story that borrows from the best parts of her work while introducing its own original charm.

Eager’s characters are as warm, quirky, and fallible as Nesbit’s Bastable or railway children, but they feel less like carbon copies than like well-crafted, energetic homages to her characters. The narrator’s voice and the enchanting plot also tip their hats toward Nesbit, and upon finishing the book, I found myself with two very compatible desires: I wanted to read more Nesbit, and I wanted more Eager as well.

I love all of that about Half Magic. But the best part is this: while reading Half Magic, I found it hard to get through more than a few pages at a time because I could not stop laughing out loud. The last book to affect me this way was T.H. White’s The Once and Future King (also affectionately mentioned in Half Magic), but Eager’s book featured more comedy in a shorter span of time, so I was left holding my breath through certain passages, in the hope that I might make it just a little further before my eyes watered so much as to make the text illegible. Then I collapsed, caught my breath, and began again.

I do not want to wait to share this book with my family. But I will. I’ll save it for a few years: I think the girls will laugh a little harder at the jokes then, but the wait may kill me. We’ll see.