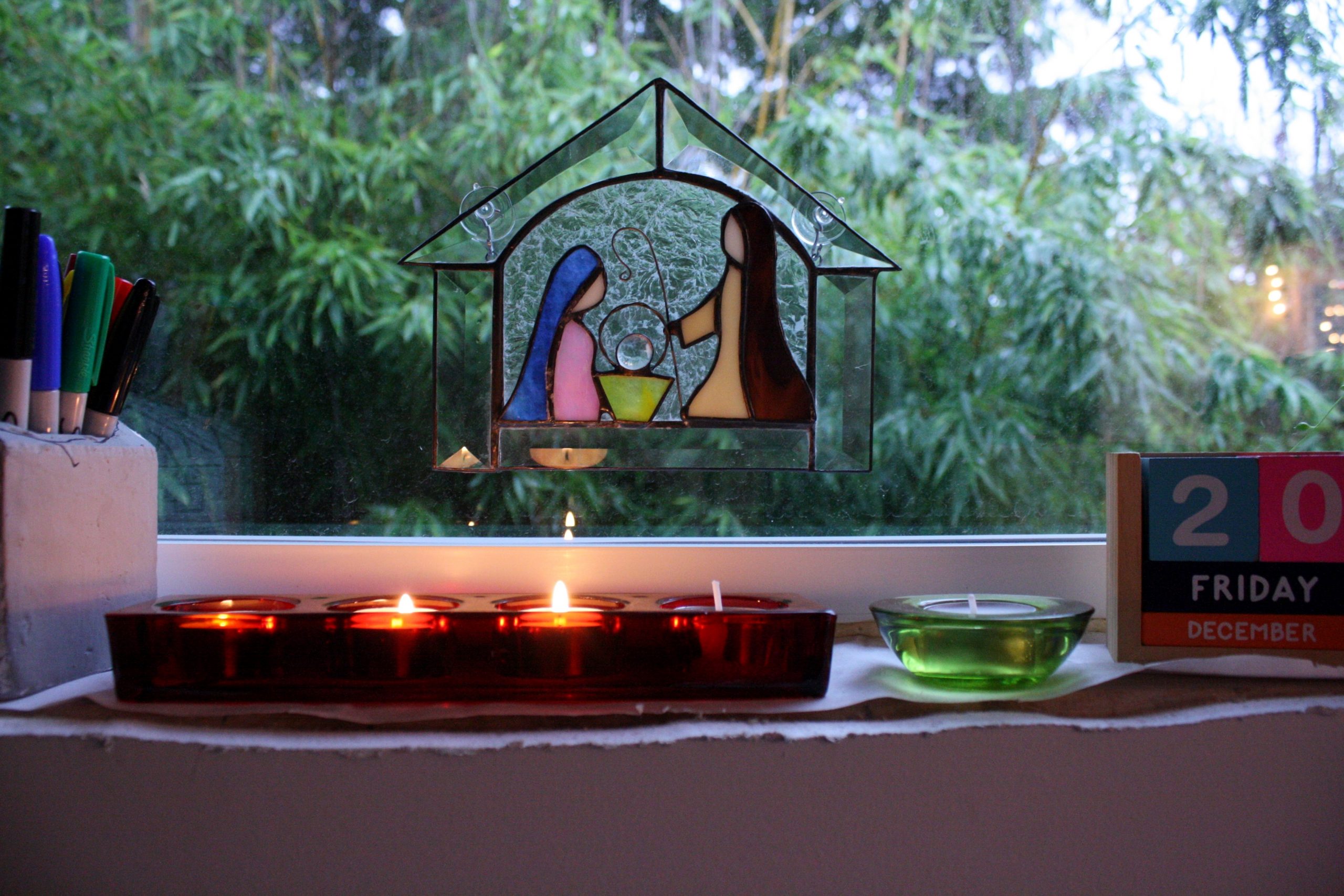 This time of year, we usually have a pile of coats stationed by the front door—detritus from our scurryings in and out, to one event or another. And so this time of year is when I most value Advent, because even as we attend recitals and office parties and family events, the candles still unlit remind us that the real party hasn’t started yet.

These lights mark our days of waiting, and their growing number reminds us that, though we wait, God is still telling his story. As we read before bed, we imagine him sending angels and forming his Son within Mary’s womb; we imagine the long road from Nazareth to Bethlehem. But God was preparing for this moment long before Mary met the angel:

“All of ancient history led up to the moment of the incarnation of Jesus Christ: the preservation of the Messianic line, the administration of the old covenant and Jewish kingdom, the movement of world powers to return to the Jews to Palestine, even the call for the worldwide census that brought Mary and Joseph to Bethlehem from their native Nazareth—each event was part of God’s directing of human affairs. God the King continues to fit together his larger story of salvation with our smaller life-stories in such a way that it is a grand mosaic proclaiming his glory.”

—Sean Michael Lucas, On Being Presbyterian

Whatever your final days of Advent look like this year, I pray that in them, you know the Lord’s nearness. The God who ordered history and tells his story and ours was there, as an infant in a manger; and he is also here, with you now, in this moment.

Glory to God in the Highest.