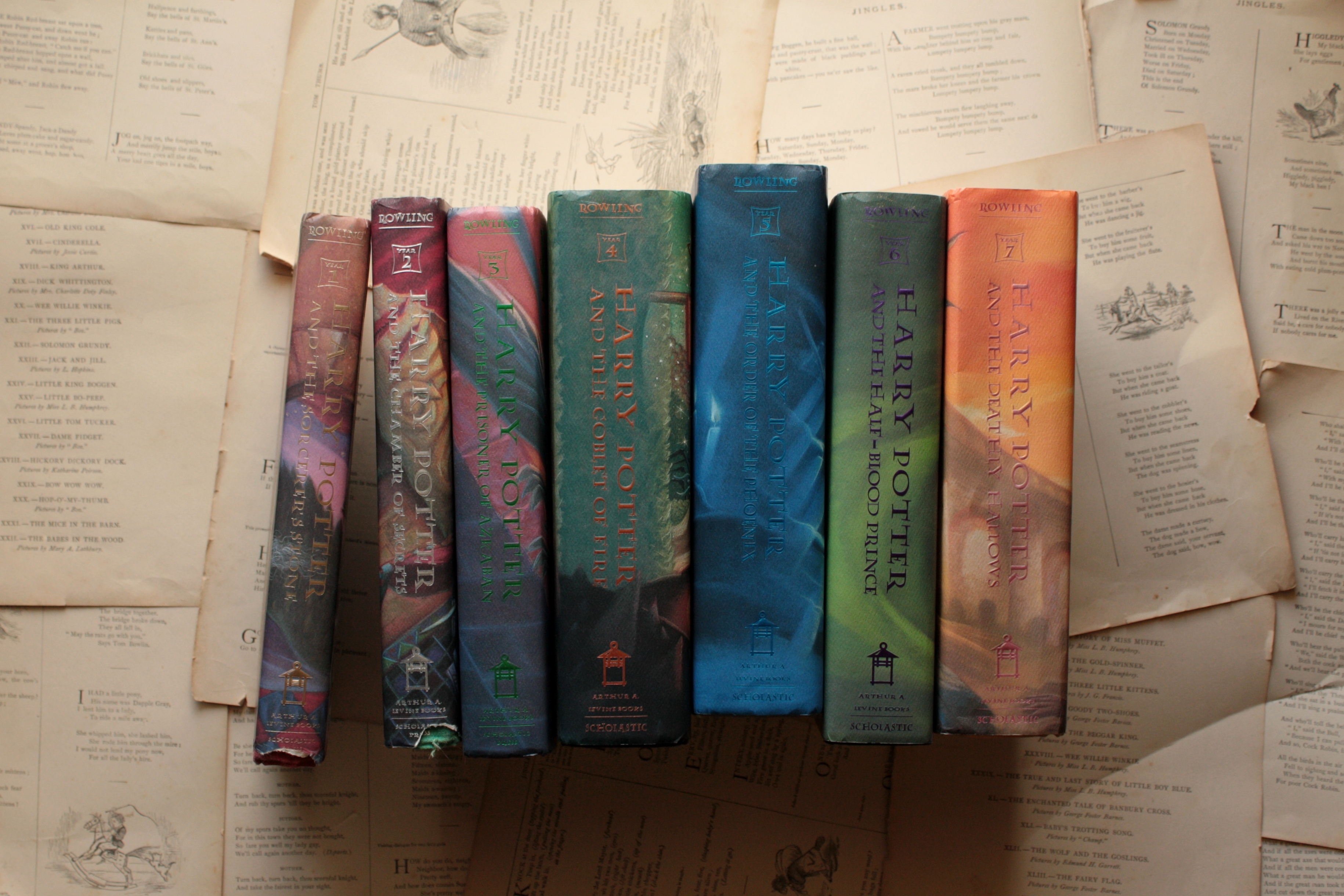 I read the first five books when we were newly married. We lived in a studio apartment where the shag carpet smelt of fried hashbrowns, and our mattress doubled as both sofa and bed. While drunk college kids tossed bottles into the street outside and the glass shattered with a sound like waves on pavement, I opened Harry Potter and the Sorcerer’s Stone to the first page and read, “Mr and Mrs Dursley, of number four, Privet Drive, were proud to say that they were perfectly normal, thank you very much.”

We read that line to our two oldest daughters a few months ago and ushered them into the world of Hogwarts with us, where we trod shifting staircases, spoke with portraits, and savored chocolate frogs. Adding things like “rogue bludger” and “Alas, earwax” to our family lexicon brought all four of us a great deal of joy.

But I understand that many Christians have raised objections to Harry Potter. My point here is not to persuade you that you must read these books to your kids (though I will link later to someone who will try): I understand that our consciences prick us, sometimes, at different points, and it is not my desire to deaden your sensitivity to that. And I know, too, that a number of you love fairy tales or share with me a fondness for The Wingfeather Saga. You folks are probably familiar with the armchairs of the Gryffindor common room and don’t need me to recommend books that you have read several times already.

Why, then, am I reviewing Harry Potter?

Because what I really want to talk about is magic. Magic is a one of many threads in the Harry Potter books, but because it is viewed askance by many Christians, it tends to be the one skeptical reviewers highlight. Yes, the characters cast spells; they attend a school called a “the school of witchcraft and wizardry.” And yes, seizing some form of power to achieve one’s own ends is evil, both in our world and in the worlds of fairy tale and fantasy. J. K. Rowling does not celebrate that sort of magic—sorcery, really—but draws a clear line between the Dark Arts and the kind of magic most of the characters in Harry Potter employ.

That magic is a gift they have been given, one that they are sent to Hogwarts to cultivate.

One of the central themes of the series, one that is much more potent than the mere fact of casting spells, is the contrast between Harry, who rejects the Dark Arts despite moments of temptation, and Voldemort, who manipulates the Dark Arts to achieve his own horrible ends. Both are considered great wizards, but Harry uses his power to protect those he loves and those who come after him. Voldemort uses his to do “terrible things.”

J. K. Rowling’s story does not glorify the practice of sorcery. She does not send us away from the books with a desire to be brutal like Voldemort, or treacherous or cowardly, as many of Voldemort’s Death Eaters are. Instead, we close the pages wanting to be brave like Harry and his friends, or to be the sort of person, Muggle or magical, who is willing to lay our lives down for one another in love.

We read only the first two books to our girls this year—the rest will wait a few years more until they’re ready for deeper discussions. But when I found Lydia and Sarah on the neighbor’s trampoline, giggling and shouting “Wingardium leviosa!” at one another just before a really big jump, I did not fear for their souls: the sort of magic they practice is the magic of childhood, the sort that allows them to leap and for a moment, believe that they are flying. That is a magic rooted firmly in this world, and it’s one our children are born with, Muggle though they may be.

Want to Read More About Harry?

Haley Stewart, at Carrots for Michaelmas, makes a compelling argument for “Why Your Kids Need to Read Harry Potter.”

Andrew Peterson (author of The Wingfeather Saga) wrote a piece about Potter that is just beautiful.

N. D. Wilson’s thoughts on magic largely informed my view of it. You can read an article he wrote on about this for Desiring God, or you can listen to his episode, “Magic and Fear in Children’s Books,” of the Read-Aloud Revival podcast (that episode is, for the record, my all-time favorite so far).

A Note on Illustrations

We love the new, large-format versions of these books, illustrated by Jim Kay, but I should warn you: the illustrations are much darker than the originals by Mary GrandPré. I personally preferred reading the original editions of the books, but Jim Kay’s illustrations are eerie and striking, and we just kept returning to them (you can get a glimpse of Kay’s work in this charming video). Mitch and the girls loved both editions, so we ended up toggling back and forth between the two as we read. I have linked to both below.