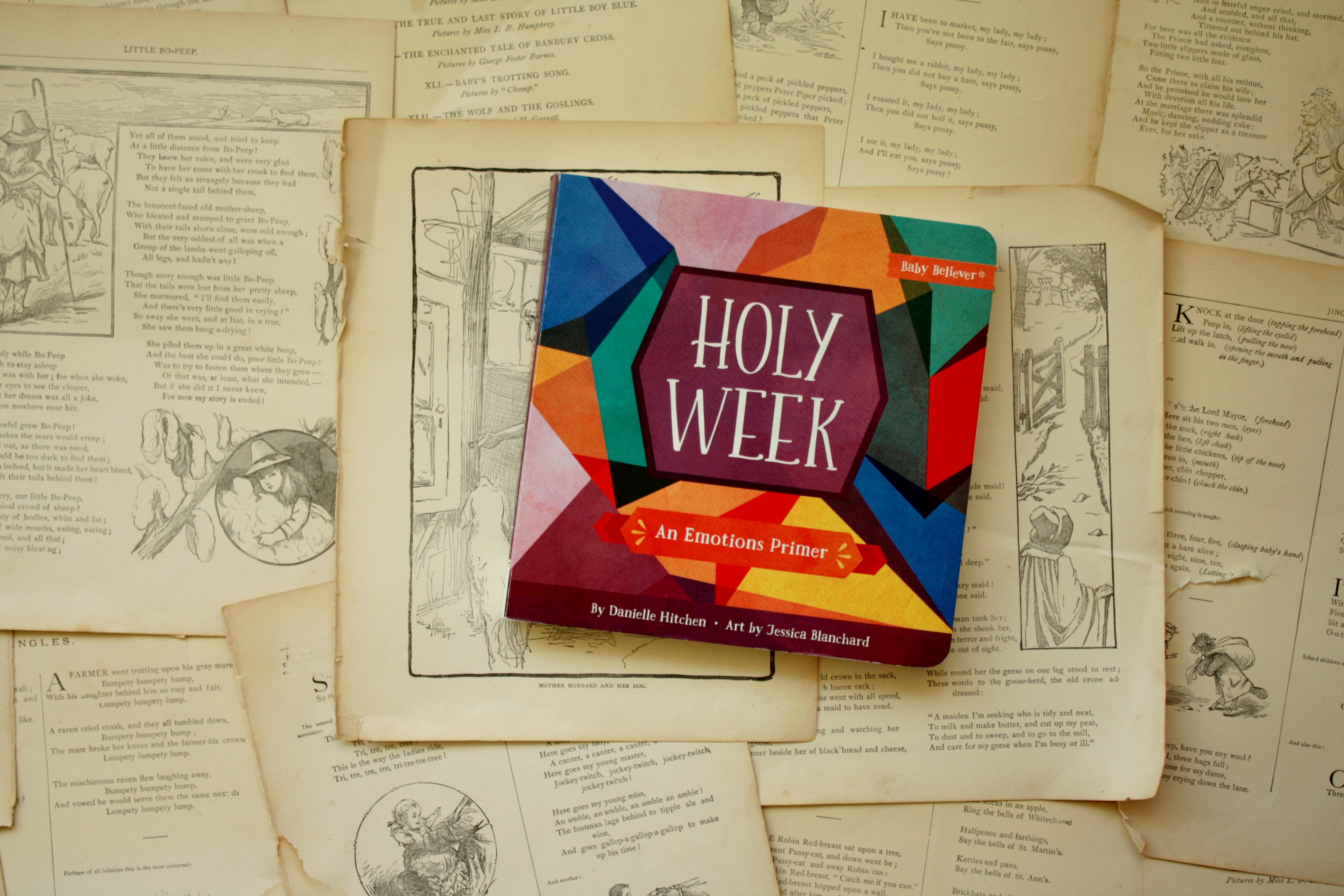 Here is what I know about three. Two gets all the bad press, being terrible, but in our house, three has always been the hardest and sweetest year. At two, our daughters spotted boundaries and pushed against them. They used “No” to great effect. But at three, their bones seem to liquify and they drop to the floor and they cry and cry and cry. Maybe they’re cold. Or hungry. Or sad. Or in a blind rage.

We don’t know; we can only guess.

Meanwhile, they weep. One of our older girls used to have what we darkly called “the 11:00 meltdown.” Months later, we learned that after a morning spent running around barefoot, she was cold, and if we wrestled her into tights first thing in the morning—socks she can’t take off!—the meltdowns stopped. But every daughter has her different drama at three, and it’s Josie’s turn now.

So, given that emotions are a big part of our family’s life right now, an Easter-themed “emotions primer” seems like just the ticket. Danielle Hitchen, author of the already-beloved First Bible Basics and Psalms of Praise, takes readers through the events of Holy Week, but in an unusual way: she uses emotions as a scaffolding for the story, then rounds them out with passages from Scripture.

(Side note: I love that she specifies which translation she used for each quote.)

Jessica Blanchard’s illustrations use color and texture and expression to capture each emotion, making this a book whose approach, though unexpected, works.

In the beginning of this post, I said that three is “the hardest and sweetest” year. But we’ve only talked about the hard part. The sweetness is what happens the rest of the time, when Josie drapes herself over the back of the couch like a cat to wait for her friend to come over. Or when she pokes Phoebe, yells, “Not get me!” and runs—a clear invitation to play chase. Or when she drops a book in Lydia’s lap and climbs up without invitation, confident that her sister will deliver the goods. Or when she walks into a room with her shirt pulled up over her face, as though this is a perfectly normal thing that people need to do from time to time.

Three is a year of big feelings, but it’s also a year of deep connection: Josie has always been a part of our family, but now she is a walking, talking, opinion-having, joke-cracking, kitty-loving, chase-playing part of it. And that is worth every single meltdown.