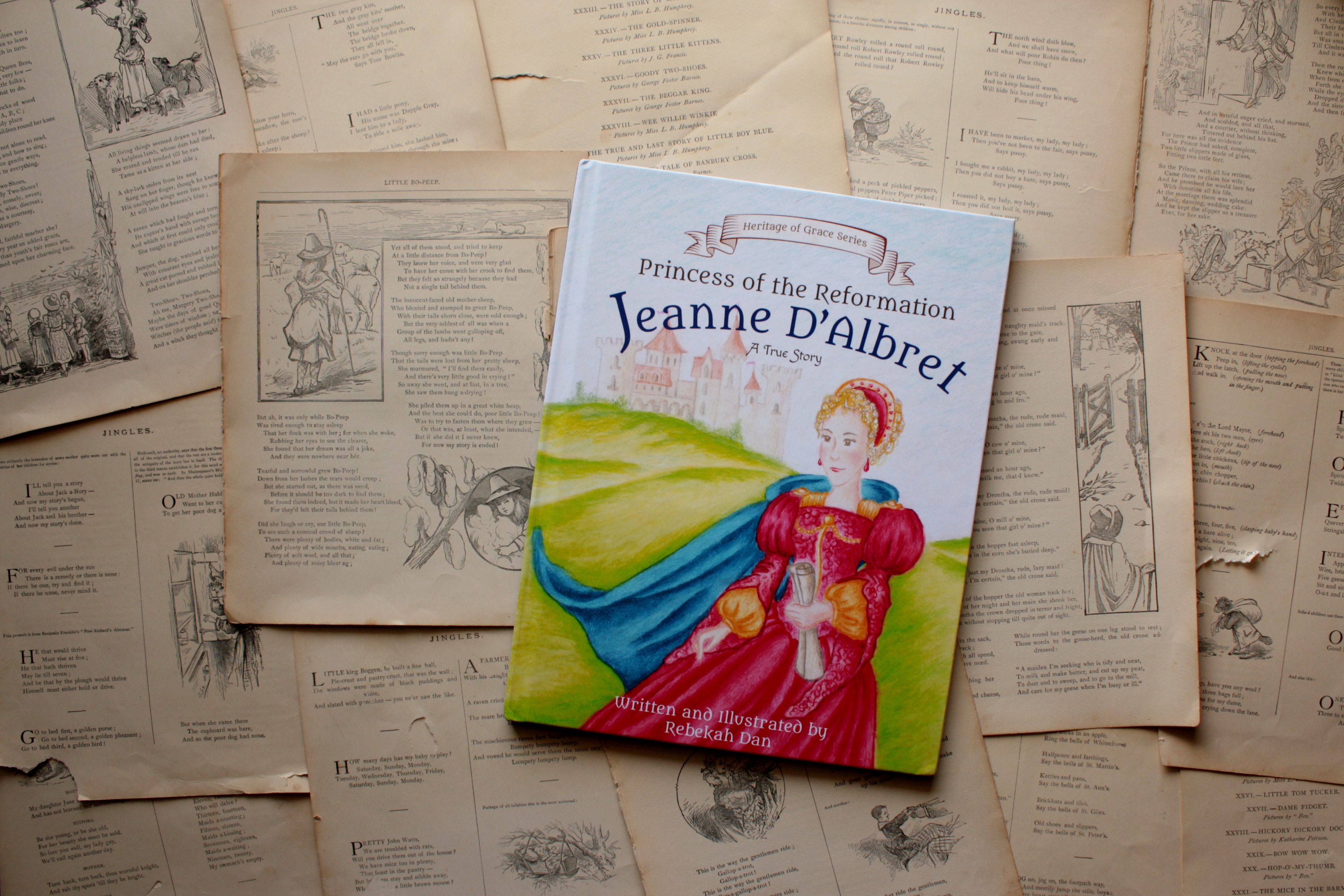 Lately my reading has begun to branch off our school studies, as I find that a picture book about Martin Luther whets an appetite for his full story, which sparks an interest in the life of his wife, which sends me on a quest to learn everything I can about the Reformation.

I love that about history: we cannot reach the bottom of it.

One of my favorite recent discoveries is the story of Jeanne D’Albret, Queen of Navarre. Rebekah Dan has worked hard to reclaim her story from near obscurity, for though D’Albret was a contemporary of John Calvin and some of the other Reformers, and though her role in furthering the Reformation in her kingdom was costly and critical, she is not so nearly well remembered. I am glad that Dan has written a book that draws her name back up to history’s surface.

As the princess of Navarre (and eventual queen) during the Reformation, Jeanne had a powerful impact on her region’s response to the changes the Reformation ignited within and against the church. Her commitment to the gospel and the cause of the Reformation cost her the peace of her once-happy marriage and repeatedly put her life in danger. But D’Albret remained steadfast to the Lord, despite threats and unpopularity, and though Navarre would eventually revert back to a Catholic state, her faithfulness gave the Reformation a foothold in her country that was not easily lost.

Rebekah Dan tells this story in a way that appeals to young readers, introducing Jeanne as a determined child, then young woman who, when married against her will, had to be forcibly dragged down the aisle when she refused to walk (this marriage was later annulled, and when she married again, it was to a man she loved). Dan captures moments like this one in vibrant colored pencil illustrations.

The only caution I have with this book is that it describes the causes of the Reformation in a simplified way that I felt needed more discussion with my daughters. But even so, this book is a lovely introduction to a nearly-forgotten woman whose life and sacrifices helped further the gospel among the people of Navarre. It was a delight to read with my daughters—and it sent me on a quest to learn all I could about Jeanne D’Albret.