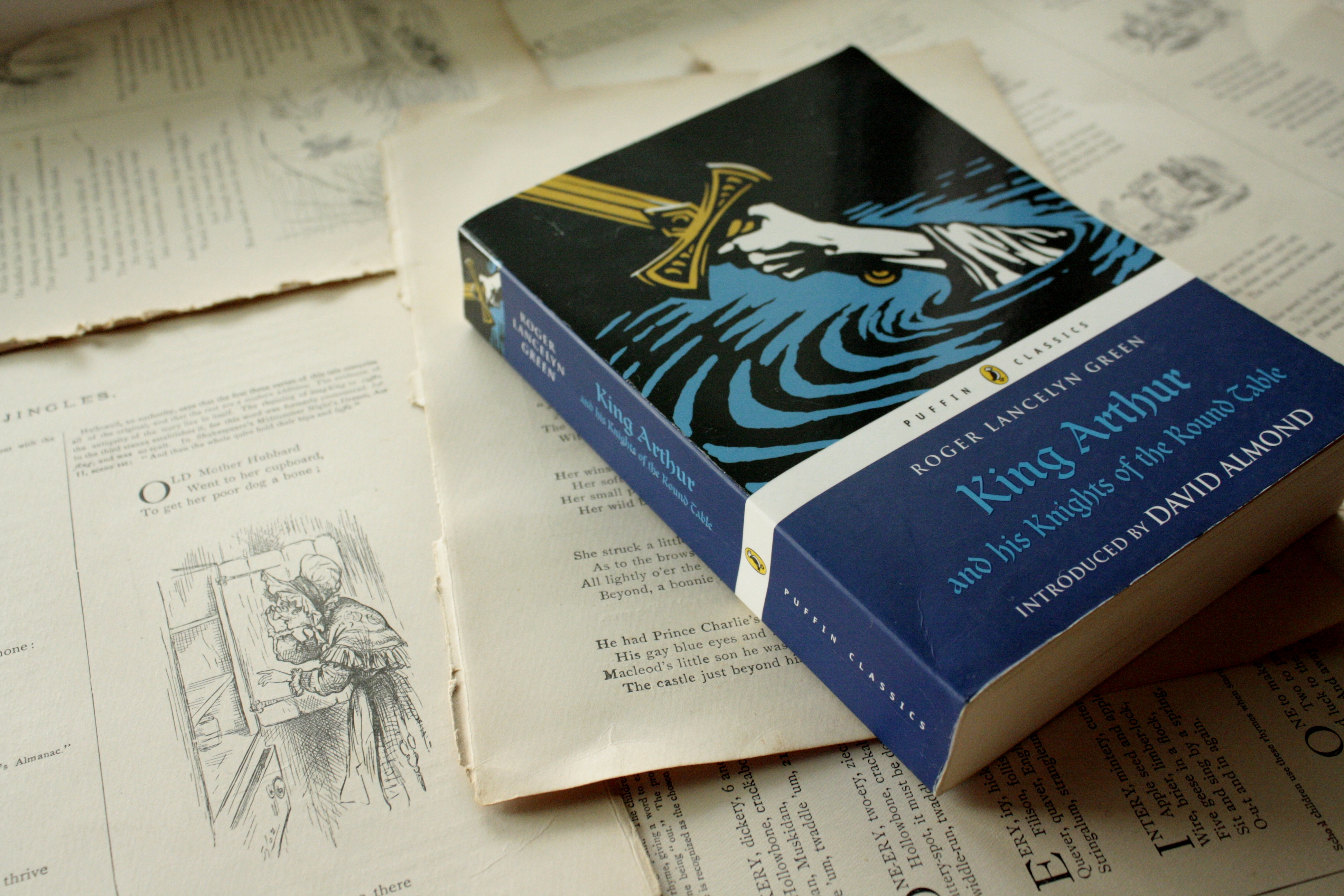 Merlin and Morgan le Fay have become household names around here, not because of any particular affinity on our part for Camelot, but because Lydia is currently smitten with the books in the Magic Treehouse series, in which Merlin and Morgan le Fay appear as sidekicks of a sort to the time-travelling protagonists. This fact inspired me to brush up on Arthurian legend, because, contrary to the Magic Treehouse interpretation of the characters, I didn’t remember Merlin being the sort of fellow who typically relied on the help of eight-year-old children (I had yet to read The Once and Future King) and because I remembered Morgan le Fay as being, well, evil.

And so I read King Arthur and His Knights of the Round Table, and found myself caught up in the golden age of chivalry, where the grass of Britain was emerald green, the knights thundered about on their horses, armor clinking, and the damsels suffered perpetual distress. Roger Lancelyn Green (one of the Inklings, by the way) writes beautifully, retelling the old, old stories of Arthur and company with a sweeping, noble air, and doing justice to the depth of characters like Launcelot, noble but broken, or Galahad in his seeming perfection, as they ride off on their famous adventures to battle wicked knights and quest for the Holy Grail.

This is, in effect, a collection of stories about Arthur and his knights, shepherded under the banner of a common narrative, so while it’s a lovely read straight through, it’s easy to pick and choose the stories that your child might enjoy if you don’t feel they’re quite ready for some of the more—ahem—mature content yet. One of the major subplots in this book is adultery, after all, and there is quite a lot of beheading and severing of limbs and such, but this telling is geared toward children, so the content is handled gracefully. But if you’re just not ready to introduce certain topics to your child or find that, as in our house, there’s not a huge demand for stories about knights and chivalry, you can pick and choose your tales.

I read the first half of “The Sword in the Stone” to Lydia, mostly because I wanted to her to be familiar with at least part of the original story of Morgan le Fay and Merlin, and she enjoyed it in a polite sort of way before going back to her Magic Treehouse books. I, in turn, went back to The Once and Future King, which I had started reading immediately after finishing King Arthur and his Knights of the Round Table—because it seems that I have developed an affinity for Camelot after all.