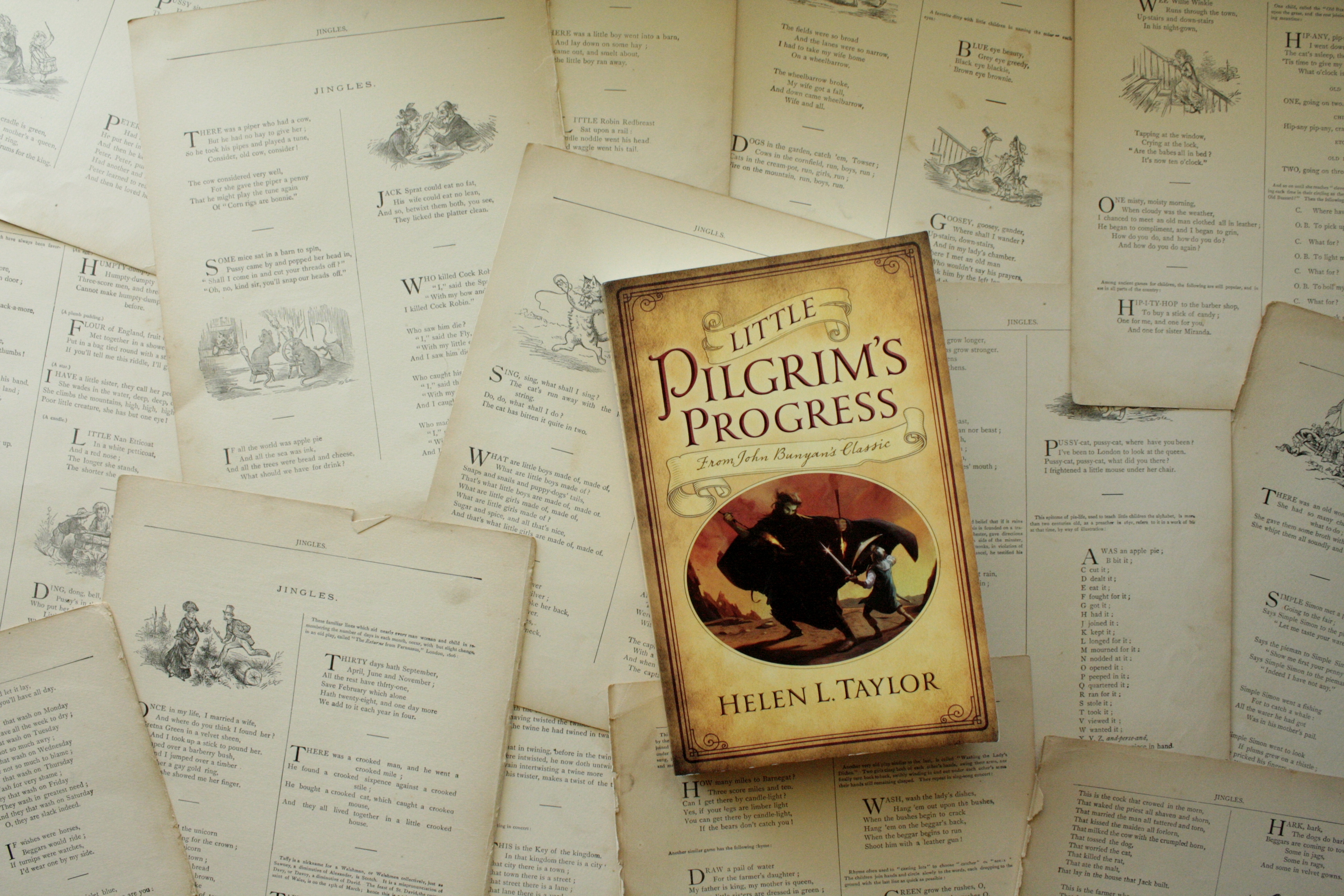 The idea of abridging or adapting classics for young readers used to make me squeamish. But when I began collecting books for our school library, I started to see the sense in it: if done well, an adaptation can capture a story in language so simple that the characters and plot twists of classic literature become visible without the obscuring mist of political asides and ornate descriptions.

A good adaptation whets the reader’s appetite for the classics. It renders David Copperfield, Edmond Dantès, and Elizabeth Bennett old friends, ready to be rediscovered at a new depth when the time is right.

A bad adaptation, of course, is unpardonable.

Little Pilgrim’s Progress is definitely a good adaptation. Since it was first published in 1982, it has become a sort of classic in its own right: in it, Helen L. Taylor retells John Bunyan’s allegory, Pilgrim’s Progress, in language clear enough for young readers. But she goes one step further and depicts the main characters as children, so that Christian and Christiana are not husband and wife but childhood friends. Had I known that she had taken that liberty, I might have overlooked the book entirely, thinking that Taylor had gone too far. But I didn’t know, and so I read the book without bias.

Decreasing the stature of Christian and his acquaintances does more than make Pilgrim’s Progress feel accessible to children. By telling the story of characters who press on to meet their King face-to-face, no matter how young they are, Taylor makes the Christian faith itself feel more accessible to children. In her adaptation, Christian accepts help when offered and cries out for help from the King when he needs it, but he fights his own battles and answers for his own missteps. He doesn’t reach the Celestial City on the shoulders of an adult but on his own two feet.

Mitch has been reading this book to our older three daughters (with a sippy cup of milk and her stuffed lamb, Sir Lamb-a-Lot, even the two-year-old is willing to sit still long enough to listen), and I have loved eavesdropping on the story while I put the baby to bed. Without an adaptation, it would have been years before they were ready to read John Bunyan’s original work. And while I do still look forward to reading Pilgrim’s Progress to them when they’re older, I am thankful for a good adaption that opens the doors to the story for our daughters and makes Christian and Christiana already feel like old friends.

Previous PostThe Garden, the Curtain and the Cross | Carl Laferton
Next Post The Storm That Stopped | Alison Mitchell