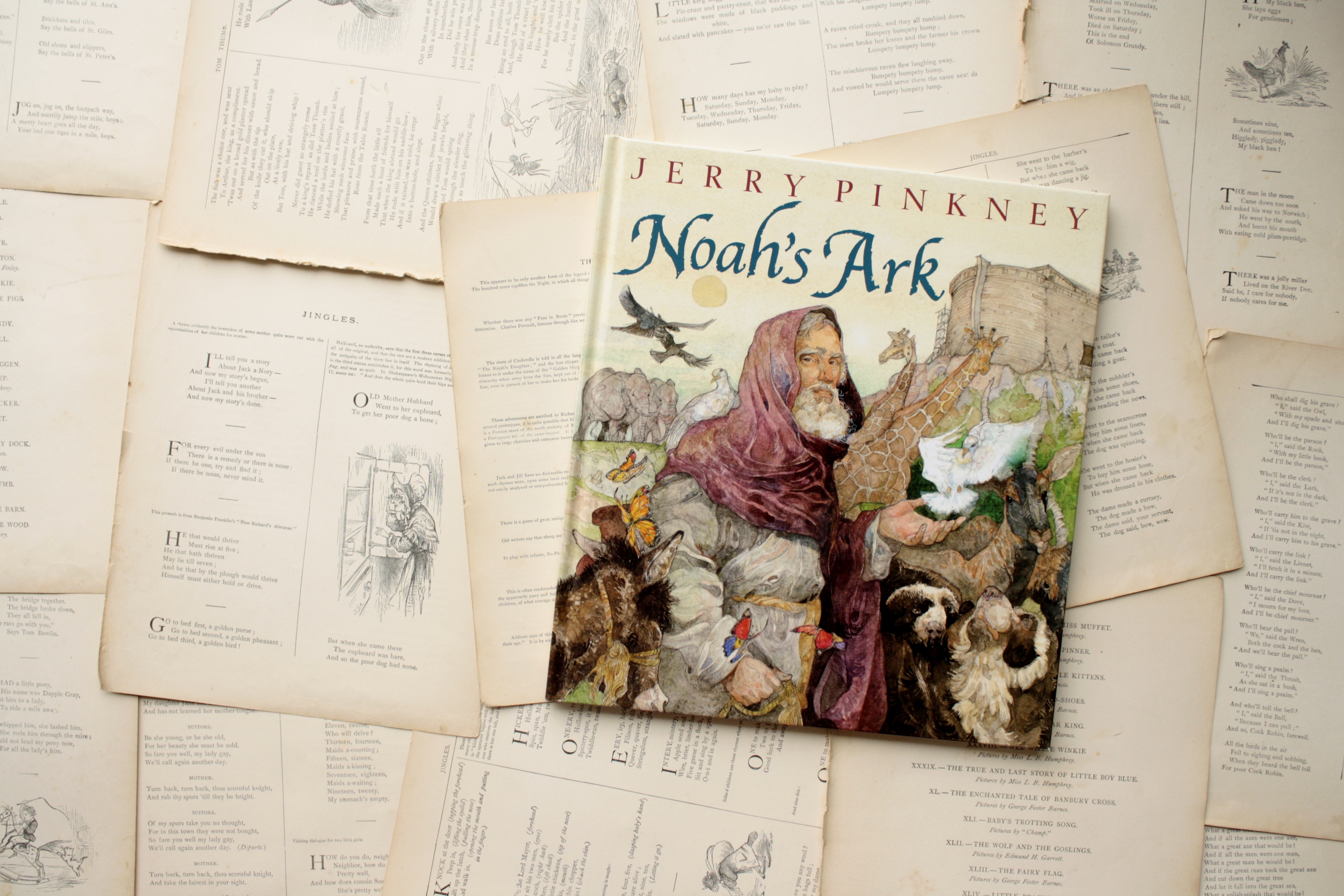 You know the story of Noah’s Ark, don’t you? Of course you do. Even if you avoid the Bible out of principle, it’s hard to miss Noah and his crew, given their perpetual presence in wooden toys and watercolors of the story’s closing scene in which Noah—a jolly, old man—hangs out with a dove or a doe-eyed elephant. Behind them, you can see the ark, probably with a rainbow shooting out of its roof.

Perhaps the presence of wildlife contributes to the ongoing appeal of Noah’s story. Maybe all of those animals, poking their heads and necks out of the ark on all sides, have eclipsed the depth, tragedy and joy of what is, honestly, one of the darker tales in the Bible. But I’m thankful for illustrators like Jerry Pinkney, who tackle a story so familiar that it’s almost lost it’s punch, and treat it with the reverence it deserves.

Pinkney knows that this story isn’t about animals: it’s about the severity and the grace of God, and his illustrations reflect that. They are gorgeous and haunting, detailed in a way that swells the story beyond the bounds of words and yet retains an attraction for young readers. My daughters delight in studying the details on each page: we count spiders, hunt butterflies (the animals aren’t without their charm, after all), and wonder at the vastness of the sea. We study the structure of the ark-in-progress and marvel at Noah’s obedience down to the smallest beam.

And we revel in the rainbow and the hope that it signifies, because the story of Noah is also about hope: hope for the redemption of mankind; hope in a God who expects perfection from us, and yet pays the penalty Himself for our failure.

(Haley, at Aslan’s Library, wrote an excellent post on a similar topic called, “The Noah Problem.” It’s definitely worth a read.)