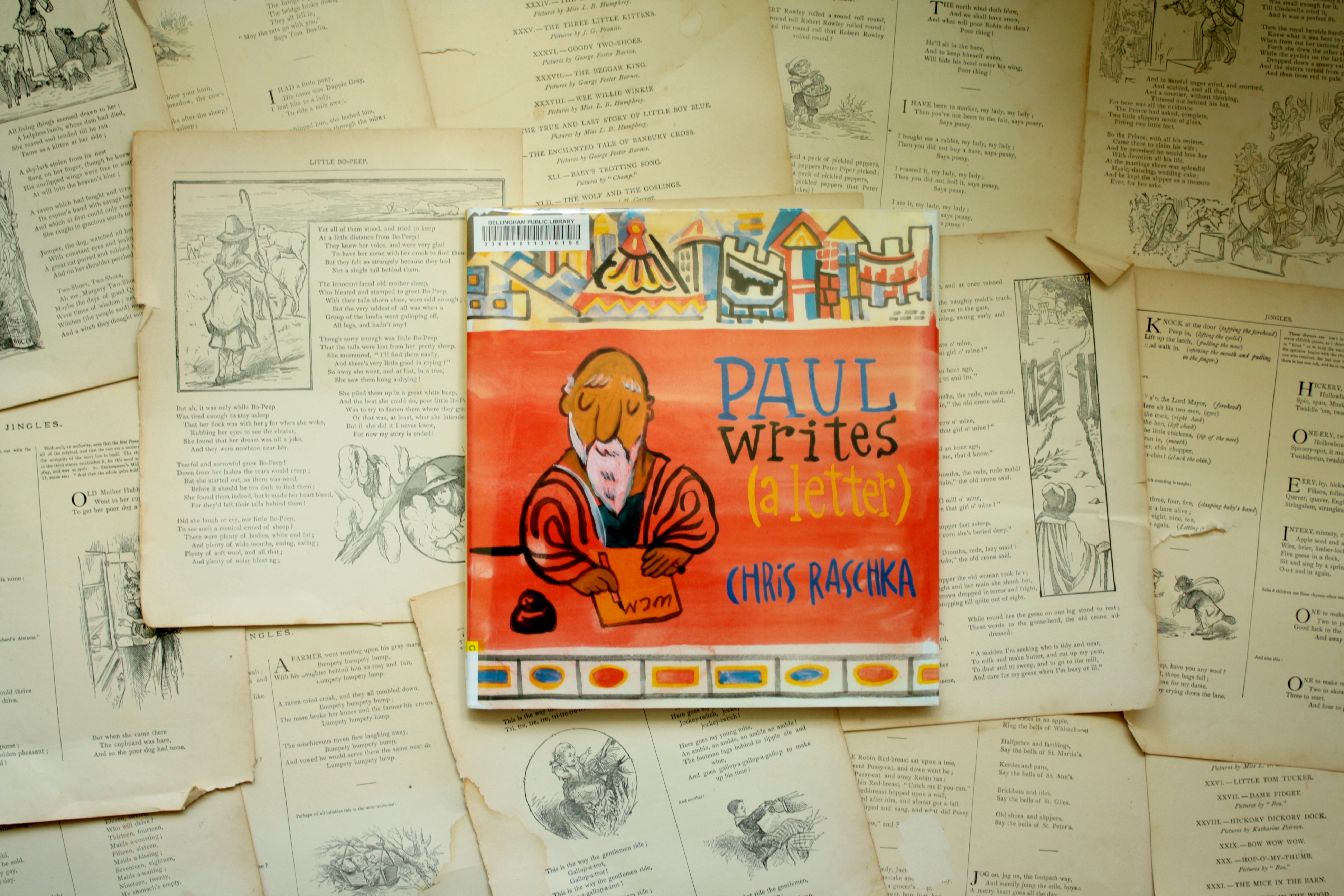 First, Fanny Crosby. I herded the smaller members of my team into the library, and found, front and center on the display shelf, a biography of Fanny Crosby. Ordinarily, the Christian books are shelved in a little side aisle, next to the Mythology section. They make brief forays out onto the display shelves around Easter and Christmas, but here was Fanny, shoulder to shoulder with Amelia Earhart in women’s history display.

Then it was Paul. Two weeks later we returned, and there was Paul Writes (a Letter), a book I’d just seen reviewed on Story Warren, eagerly catching my eye from another, bigger, closer-to-the-door display. I snatched it up before I even made sure all my daughters were in the door.

It seems that one of our librarians has excellent taste, and I am determined to find out which one. But in the meantime, I am happily reading and adoring Paul Writes (a Letter), a book that unexpectedly summarizes Paul’s letters while also introducing young readers to Paul’s personality. Rashka illustrates him in ways that so perfectly express his tone in some of his letters: joyful, as he contemplates his dear friends in Ephesus. Rubbing his forehead in exasperation, a glass of wine within reach as he writes to the church in Thessalonica.

Paul Writes (a Letter) invites young readers into a beautiful but—given its lack of story—perhaps less approachable portion of Scripture and shows one artist’s interpretation of the man behind the letters. This book doesn’t exactly follow a story either, but it’s a beautiful introduction to Paul, a faithful servant of God and a powerful instrument in God’s hands.

Paul Writes (a Letter) deserves that spot by the library’s front door and on our own shelves, as a regularly visited friend.

Previous PostJesus is Risen! | Agostino Traini
Next Post Everyone a Child Should Know | Clare Heath-Whyte