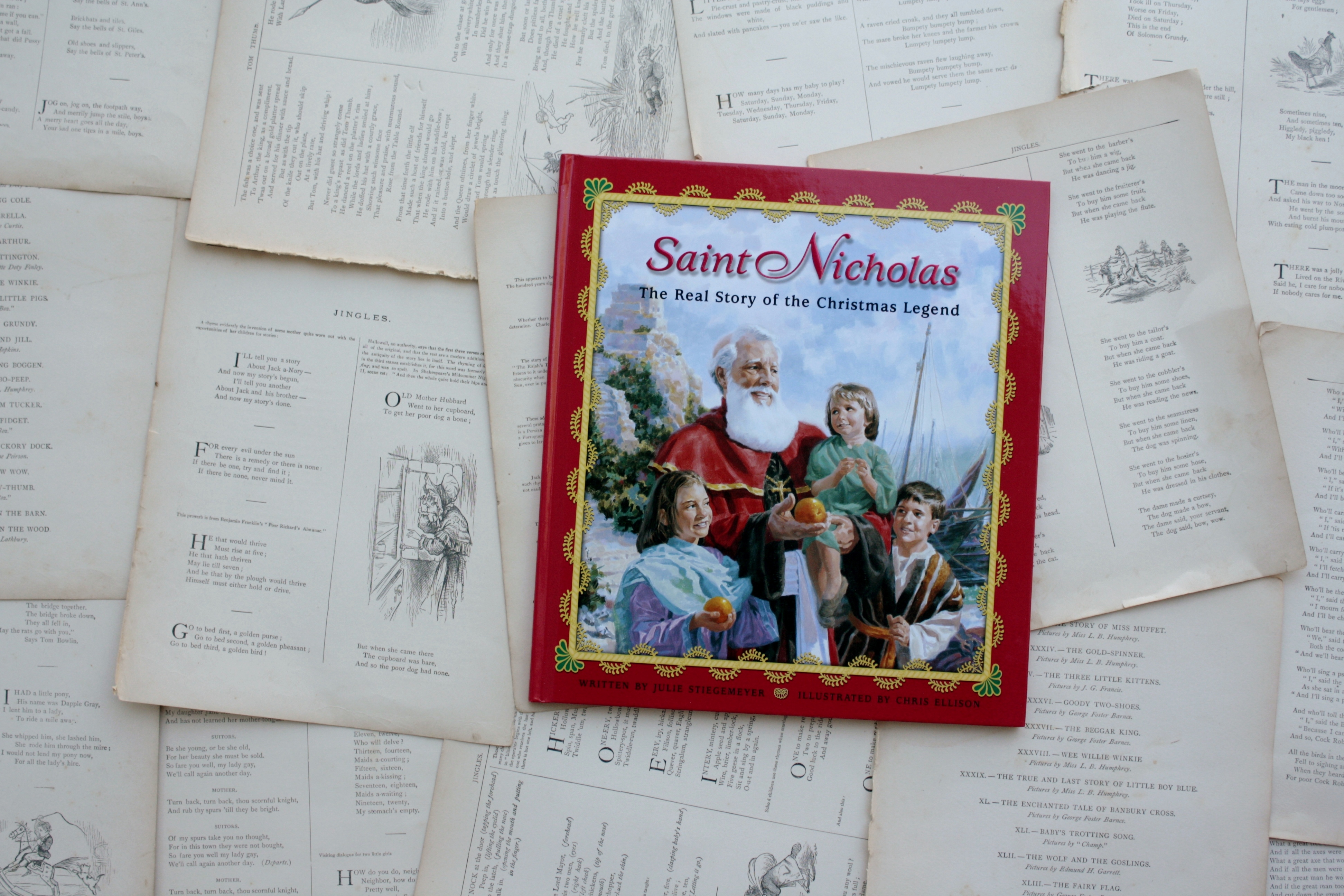 As new parents, we didn’t know where we stood with Santa. We didn’t want to be the killjoys who declared Santa dead, but neither did we latch on to the idea of celebrating him in our home—the stockings were simply there, full of gifts from us, and the focal point of our family celebrations is and always will be the infant in the feeding trough. Making an effort to include Santa felt forced.

So we stood on an uncertain middle ground, and we weren’t really sure what to do about it until an astute four-year-old asked a surprising question after reading a book about Santa.

“Is this story fiction or nonfiction?“

Well, I said. That’s an interesting question. And so we talked about how some stories begin as nonfiction but take on fictional elements over time. There was a Saint Nicholas, I told her. But he was really different from the guy in this story.

That’s where this book came in. Saint Nicholas introduces little readers to the original Nicholas, a man whose generosity sparked a legend and flowed from a consuming love of Christ.

This book focuses around a particular act that brought him notoriety and blossomed into a tradition involving stockings and gifts, and closes with an interesting appendix that details how one story led to the other. The nice thing about that layout is that, for those of you who do celebrate Santa Claus but long to bring a little church history to your celebration, you can still read this book to your kids without giving away The Great Secret.

My conversation with Lydia didn’t end there, by the way. I went ahead and let her in on The Great Secret, and told her who really fills the stockings. If I worried about destroying “the magic of Christmas” for her, the worry was needless: she was totally smitten with the idea of her mom and dad sneaking around in our jammies, putting stuff in her stocking at night. For the rest of the week she played “Christmas” by making us lie down and pretend to sleep while she took down our stockings and stealthily filled them with odds and ends from all over the house. She scolded us if she caught us peeking.

When I gave her the official job of filling the kitties’ stockings, she simply lit up. Getting to share in the joy of giving and preparing surprises for others somehow deepened her enthusiasm, and this year, she spent an entire afternoon making gifts for our whole family (kitties and unborn sister included). Of course, she “hid” them in plain sight—on the kitchen counter, on the floor behind a wing back chair—so her technique needs a little work.

But she’s got years to practice before she steps into the role of Official Stocking Stuffer. She’ll be a pro by then.