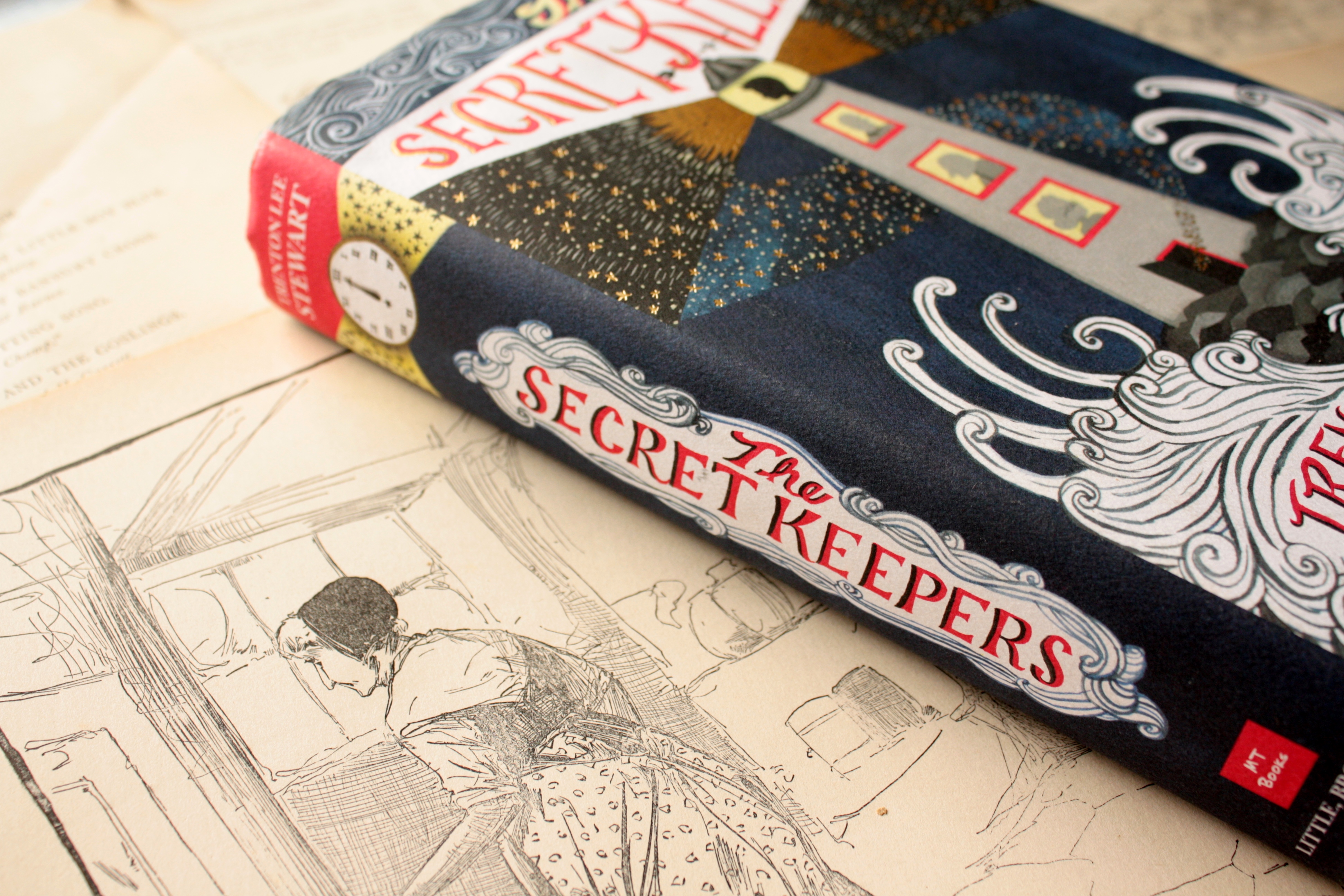 This book made me nervous. I was three-quarters of the way in before I felt it—this niggling sense that maybe the main character was maybe about to make some terrible choices. Whether he does or not I won’t tell you, but I will point to the fact that I am reviewing it here. The Secret Keepers is worth reading—I will tell you that.

Trenton Lee Stewart, author of The Mysterious Benedict Society, tackles tricky questions. His characters face conflicts that feel real and terrifying, and they face choices that are not black or white: Do you cheat if it will help you defeat the villain? Or do you refuse to cheat knowing that if you do, your mission will probably fail? That sort of thing.

Those choices could take the story down a murky path, where the end justifies the means and all is well. But in Stewart’s books, they don’t. The characters wrestle with these decisions; they are conflicted before, during, and after they make their choice, and still wonder sometimes if they made the right call.

At no point does Stewart gloss over these questions as though it’s necessary to toss one’s moral compass out the window in order to save the day. Good is good, and evil is evil. But he is willing to admit that sometimes in life, the two are hard to tell apart. Or, at least, evil works pretty hard to look like good, and it can be quite convincing. As his characters work through these questions, striving to pick the good out of the gray, they grow, and it is this undercurrent of character growth that really draws me into his stories. And it’s the feeling that a character could lean either way that makes me nervous.

But, okay, here’s what else you should know about this story: Reuben Penderly lives in New Umbra, a city ruled by the shadowy leader The Smoke. One day, he finds something unusual, something that grants him unexpected power and drives this otherwise solitary boy into unlikely friendships and enmity. That’s all very vague, I know. I wish I could be more specific than that. But the story’s hairpin turns are so fascinating that I don’t want to make them feel any less perilous by revealing what lies around the corner.

I will say, though, that this one is probably best for older readers, or as a read-aloud with a side of discussion. In our case, Lydia read it first, I read it second, we both enjoyed it immensely, and afterward we discussed it. Or you could just read it on your own. It’s worth it.

You can still enter to win a copy of the new Slugs & Bugs album, Sing the Bible Vol. 3—huzzah! This post has all the details.