Shooting at the Stars | John Hendrix 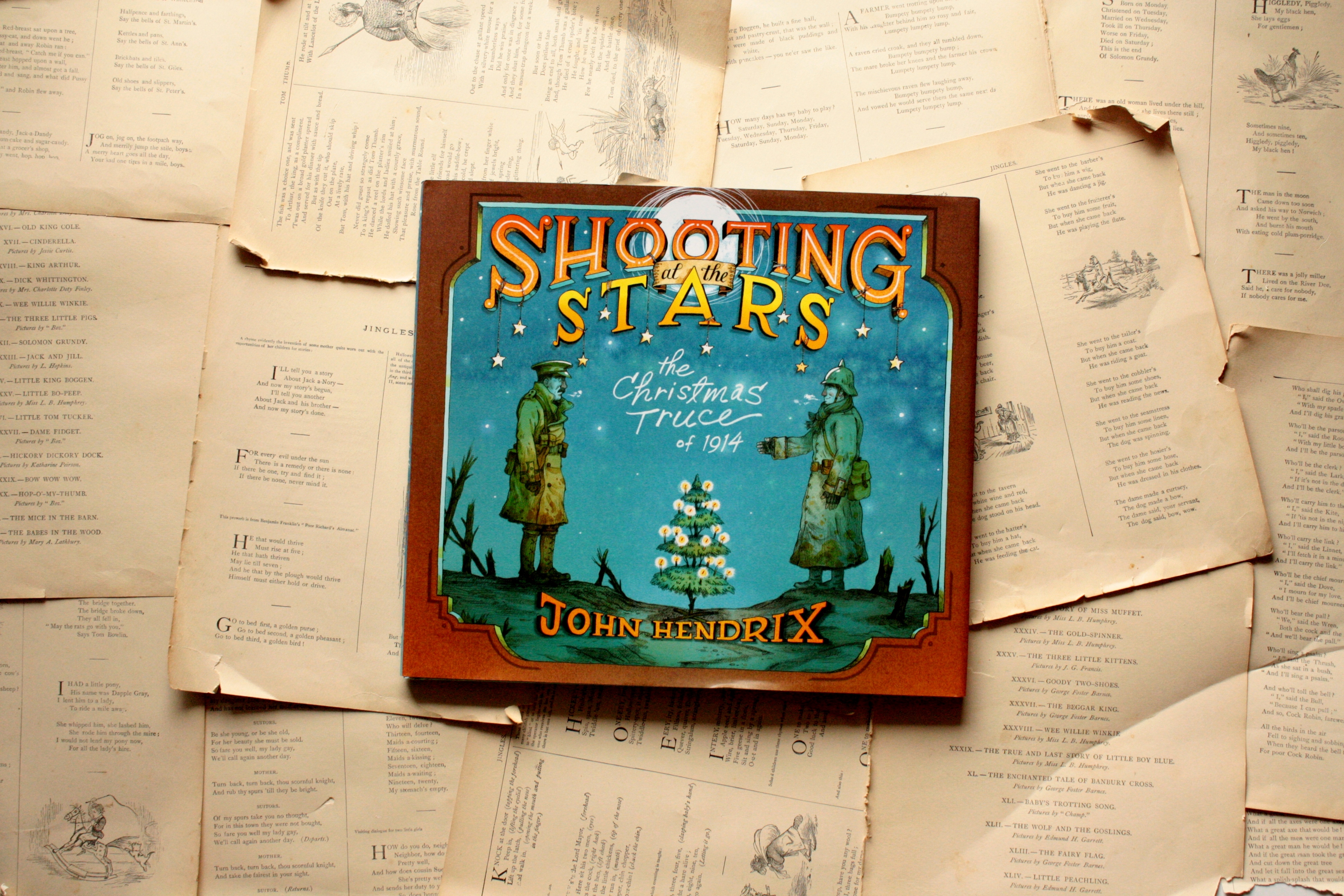 Over the years, I have written about some beautiful Nativity stories. But as I drew up my list of books to review this Advent, I noticed an unlikely thread: only one of them takes place in a manger. The rest are stories set at Christmas time (though one of them isn’t even that), in threadbare apartments and in trenches.

This is the one set in the trenches.

In Shooting at the Stars, John Hendrix tells the story of the Christmas Truce of World War I. Have you heard this story? It’s a famous one and one I have loved for years. On Christmas Day, 1914, a group British and German soldiers reached an impromptu truce and spent Christmas Day giving one another gifts, singing together, taking photos, and laying to rest the dead spread over the no man’s land between the trenches. In the book’s afterword, Hendrix explains that, though we’d like to think this truce brought both sides closer to the end of the war, it actually happened fairly early in the war and its significance was unappreciated by military leaders. In fact, they took deliberate measures to avoid its happening again the next Christmas.

But even so, Hendrix presents this story as a glimpse of hope, a moment when peace stalled a world war and brought opposing sides together, if only for a few hours. I love, too, the way this story puts faces to the enemy and makes them human: “Fritz,” the German army, becomes a band of young men as hungry and muddy and afraid as the British, and for one evening both British and German soldiers are allowed to see one another not as targets but as men with names and histories.

Hendrix’s illustrations are, as always, rich in detail, and each detail seems deliberately chosen to add some surprising depth to the story. In the corner of one spread, a German soldier and a British one lift the body of a fallen British solider into a newly dug grave. In another, the soldiers play football with a biscuit tin, British boots running alongside German ones, but the field they play on is studded with broken tree trunks, the ground an ashy gray. Hendrix uses every opportunity to tell his story—including the foreword (on what the war was and how it got started) and afterword—and he does it beautifully.

Advent may not seem like the time to introduce your children to trench warfare, I know, but Shooting at the Stars awakens that hunger for peace and restoration that is at the heart of our Advent waiting. We read of the misery of life in the trenches, and we long for the day death and brutality will be done away with for good. We see those illustrations of a barren battlefield and long for a time when the earth itself will be renewed by the coming of our King.