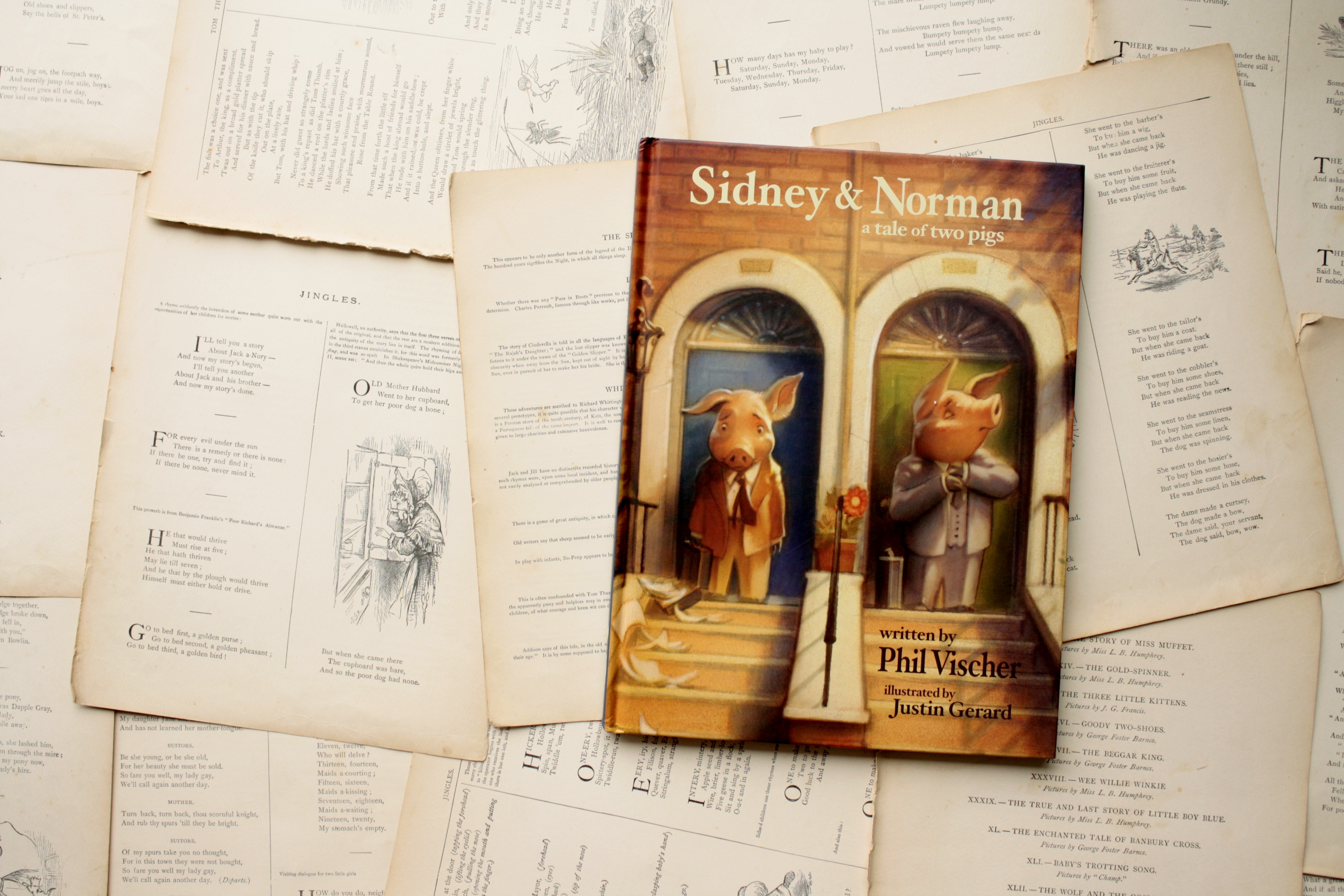 Are you familiar with Phil Vischer? In the unlikely event that you’re not (as one of the original creators of VeggieTales, his work is hard to miss), I’d like to take a moment to explain to you why I hold him in such high regard.

In a time when many Christian artists simply knock off secular stuff and fill it with Christianese, Phil Vischer provides—through JellyTelly, What’s in the Bible?, and his children’s books—something new, wildly creative, and smart.

Have you seen What’s in the Bible? No? Go watch an episode now. I’ll wait.

You’ll notice that the writers of What’s in the Bible? don’t talk down to kids, but work steadily through the entire Bible, as though they think the Bible is something that kids can and should know from start to finish. They do not shy away from tricky questions like, “Why did  the Israelites have to kill everyone in Canaan?” but instead answer them with honesty, delicacy, and humor (where appropriate, of course), an approach which appeals to children, yes, but also to adults. My husband and I simply love watching this show with our daughters. (We cannot say the same of Dora the Explorer.)

So, Phil Vischer tackles projects that are high-quality, ambitious and uniquely Christian. In doing so, he connects with kids in a gracious, respectful way. Which brings me, at last, to Sidney & Norman.

Sidney and Norman were two pigs, but they didn’t “oink or eat slop—no, this isn’t that kind of story. They wore suit coats and went to work.” So begins the tale of two pigs who live next door to each other, but who live very different lives. Norman is organized, punctual, and well-dressed, an award-winning sort of pig. Sidney, on the other hand, just cannot seem to get his act together, no matter how hard he tries, and he suspects that all the world—Norman included—must look down on him for his rumpled tie and clumsy manner.

But when both pigs are summoned for a meeting with God (at 77 Elm Street), they find that God views them both through a very different lens.

Expect interesting conversations to flow from a reading of this book. Expect to read it again and again. And expect to find yourself looking around for another book by Phil Vischer.

If you’d like to learn more about Mr. Vischer, I recommend his autobiography, Me, Myself & Bob. I like to know a bit about the authors behind my favorite books, especially when I’m reading them to my children, and hearing Vischer’s story really changed my perception of VeggieTales, as well as Vischer himself. (And it introduced me to JellyTelly, which was, in the end, a very good thing.)