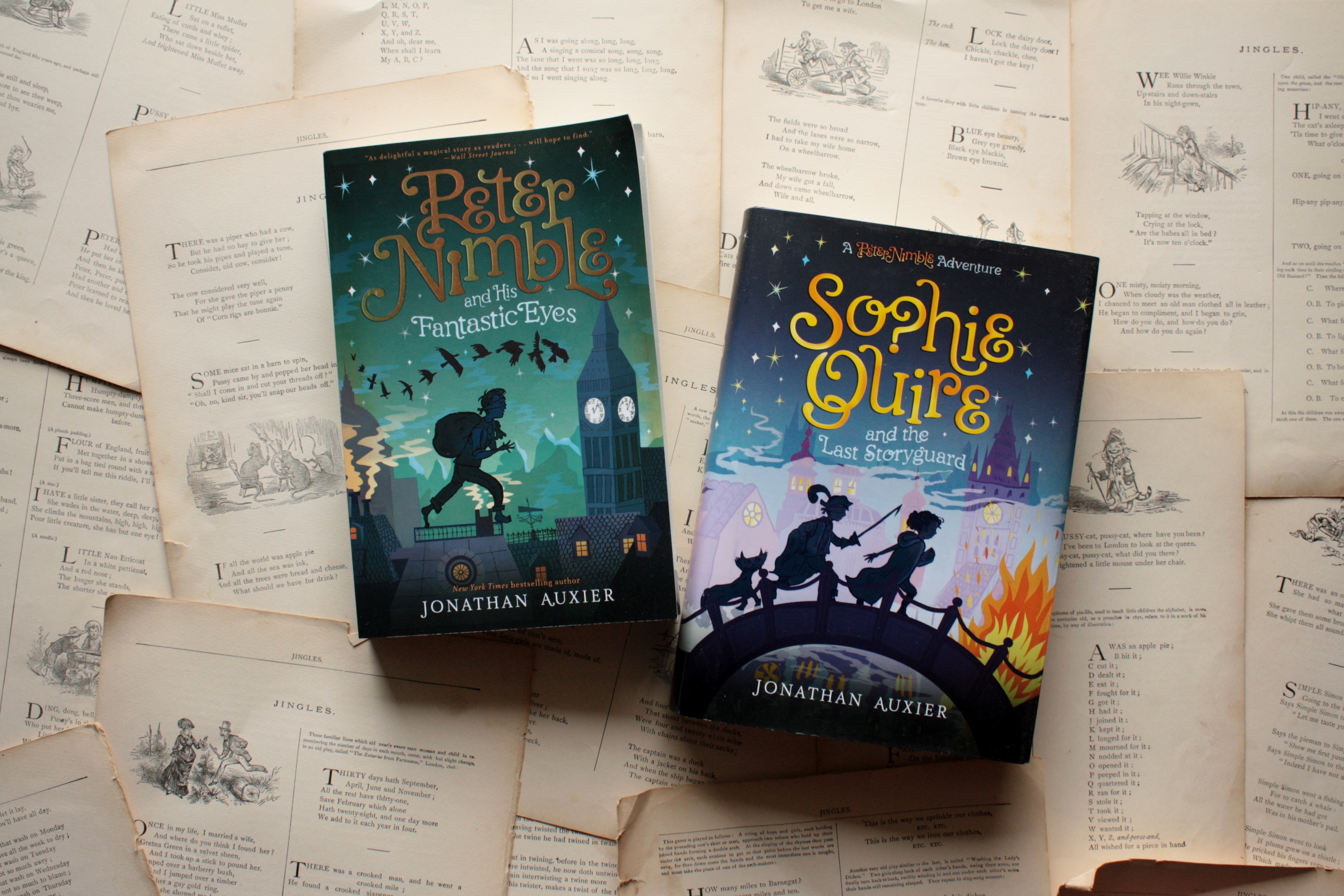 Peter Nimble and His Fantastic Eyes won me over quietly—I almost didn’t see it happening. Jonathan Auxier’s story of an orphaned thief who eyes were (eep!) pecked out by ravens has a wit and charm and enough unexpected quirks to make it unlike any other books I’ve read. I liked it. I passed it on to Lydia, who loved it. But for some reason (maybe it was the thieving? Or the crows?), I didn’t immediately review it for this blog.

But then I read Sophie Quire and the Last Storyguard.

There was nothing subtle about the way this book won me over: affection for it roared over me like a semi truck, overtaking me so abruptly that, at one point, I thumped the cover at Mitch while I read and announced, “Oh my word, I love this book!” before diving back into the story. It was the sort of book I adored so much, so immediately, that I kept my fingers metaphorically crossed for the rest of the book in the hope that the ending wouldn’t fizzle.

This book is glorious from start to finish.

Sophie Quire is a sequel to Peter Nimble, in that it happens after Peter Nimble and His Fantastic Eyes, Peter Nimble is in it, and it was written by the same author. But it might be more accurate to call it a companion book, I don’t know, because the main character here is Sophie Quire, a young bookmender in the city of Bustleburgh, which is currently banishing nonsense in all its forms. When she meets a certain blind thief and takes on an unlikely commission, everything in Sophie’s life changes.

Jonathan Auxier’s writing is as exhilarating in this book as it is in The Night Gardener and Peter Nimble. His characters are bizarre and loveable, and through their adventures, Auxier explores (among other things) the importance of stories and nonsense. Sophie Quire and the Last Storyguard is a beautiful book, one that has a deeper layer of truth underneath the story, waiting for those willing to look for it.