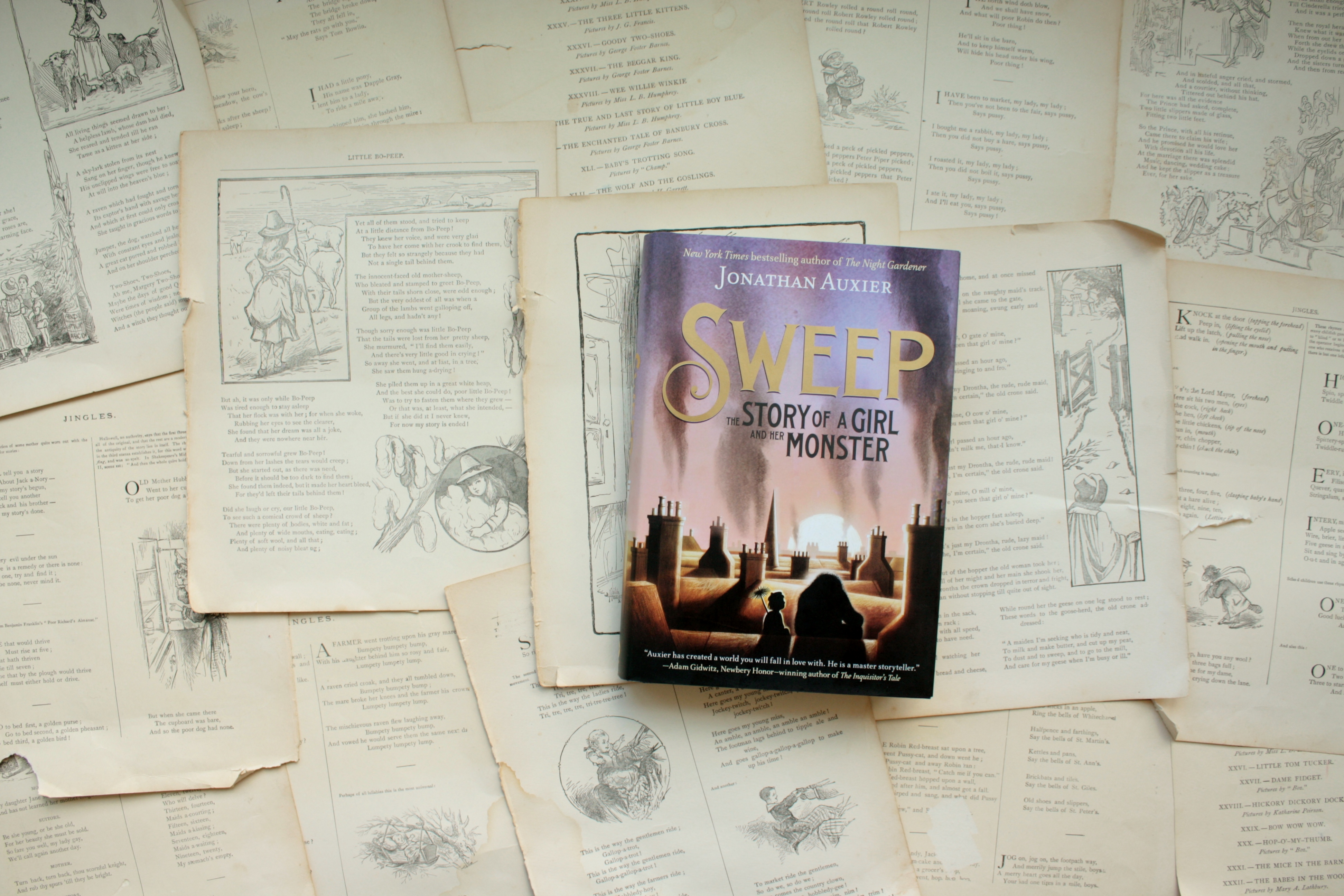 Did you know that during the Victorian era children were the preferred “instruments” for cleaning chimneys because they were small and were considered—given the abundance of orphans on the streets—expendable? Or that they were “indentured” to masters who fed them little and worked them mercilessly? Or that they were not protected under law but often died of fire, hunger, exposure, or illness?

This is not a world many authors would invite children into, but Jonathan Auxier opens the door to it through the character of Nan, a young girl serving under a harsh master, who is good at her work and has learned to shut herself off from her fellow sweeps. But one part of her, though she tries to seal it away, continues to seep out: memories or dreams of Before, when she traveled with the Sweep.

The Sweep had a way with stories, a magic about him that she still remembers, even after he abruptly leaves her alone, with nothing but a bit of char in her pocket that never seems to grow cool. But that char offers Nan much more than a bit of warmth—as a gift from Sweep, it comforts and protects her in an unexpected way.

Jonathan Auxier infuses Sweep with magic and hope through the character of Charlie and his friendship with Nan, and turns what could be a dismal, depressing subject into a glowing story of love and sacrifice.

If you’ve read Auxier’s other books, you know that his stories can be intense for some readers. (Wonderful, but intense.) I think this one sits somewhere between Peter Nimble and The Night Gardener, and the historical aspect of it (as in, much of this happened to real kids) could be upsetting for some. I encourage you to read it yourself before giving it to your kids, for their sake but also for yours: I think you’ll love it.

Sweep: The Story of a Girl and Her Monster
Jonathan Auxier (2018)