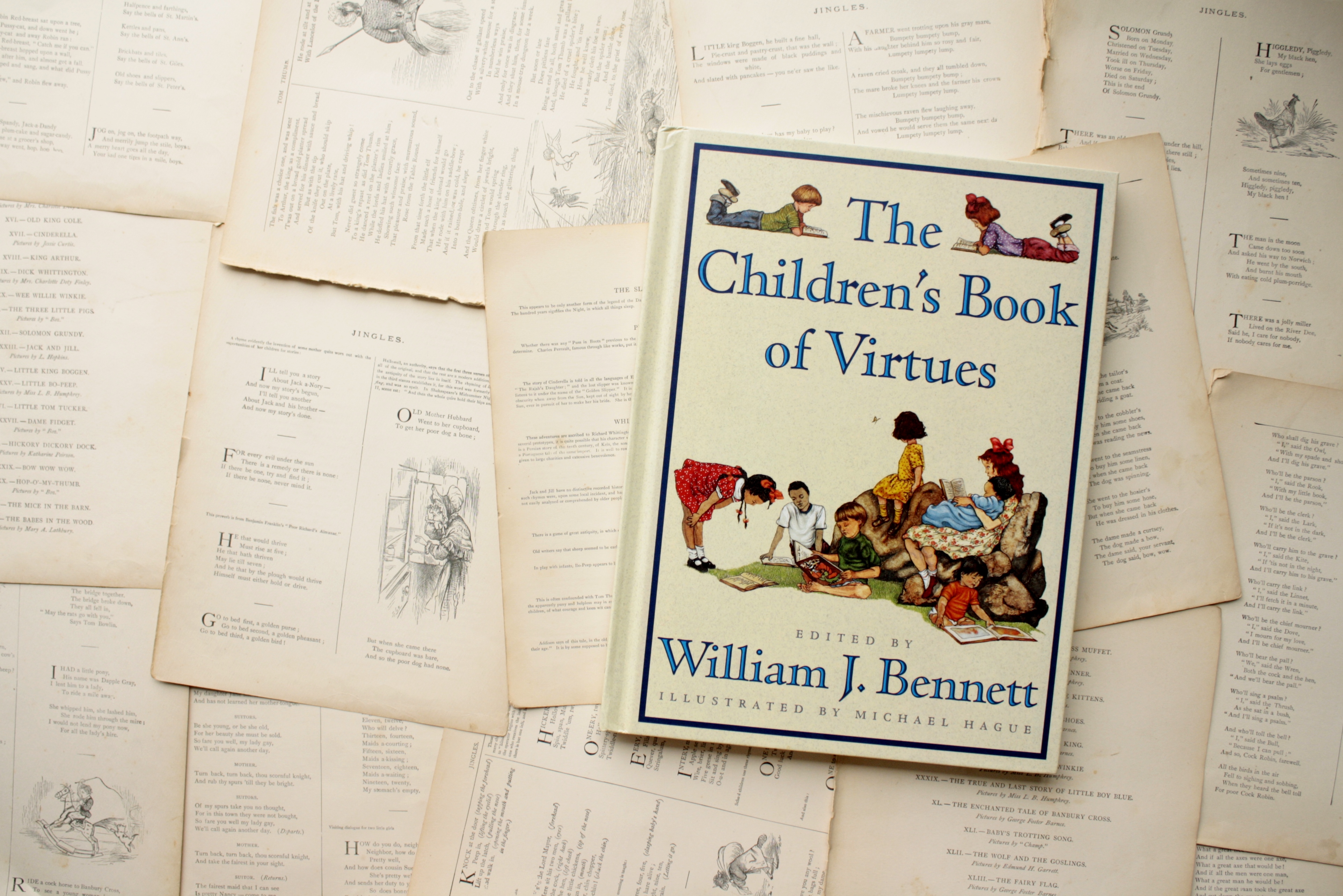 “What do you need for the baby?”

I found that question hard to answer when I was pregnant with our third daughter. No baby toys; no bibs; no onesies. We had all of those in the attic and we know by now that items like that only see daylight for a few months before returning to the attic for years, so I found myself looking for things that would grow with Phoebe, that she could enjoy not only as an infant, but as a child and later, perhaps, as a mother herself. The answer was obvious: books.

The ladies at our church were kind enough to throw a baby shower for Phoebe and for another family in our church who had just had their third son, and it was a joy to come home with a few handmade gifts, a baby item or two, a pan of lasagna, and three gift bags full of books. They really did well, those ladies. Aesop’s Fables, A Child’s Book of Prayer, Misty of Chincoteague and this, The Children’s Book of Virtues, were among the first titles that I dove into, though Lydia and Sarah were happy to rummage through the whole stack, reading (Lydia) and “reading” (Sarah) aloud from the new books to themselves and each other.

I’ve written before about The Book of Virtues—the full, deluxe version—so this post might seem redundant. But The Children’s Book of Virtues is a find in its own right, and one that we’ve found nice and accessible for everyday use. The book is a large format picture book, fully illustrated, with only a handful of selections from The Book of Virtues, all geared toward a younger crowd (you won’t find Aristotle in here). That makes it a great introduction to folk tales, fairy tales and moral tales, one that the kids can savor themselves, while The Book of Virtues waits patiently on the shelf, until pulled down every once and a while for the sake of an especially good story.