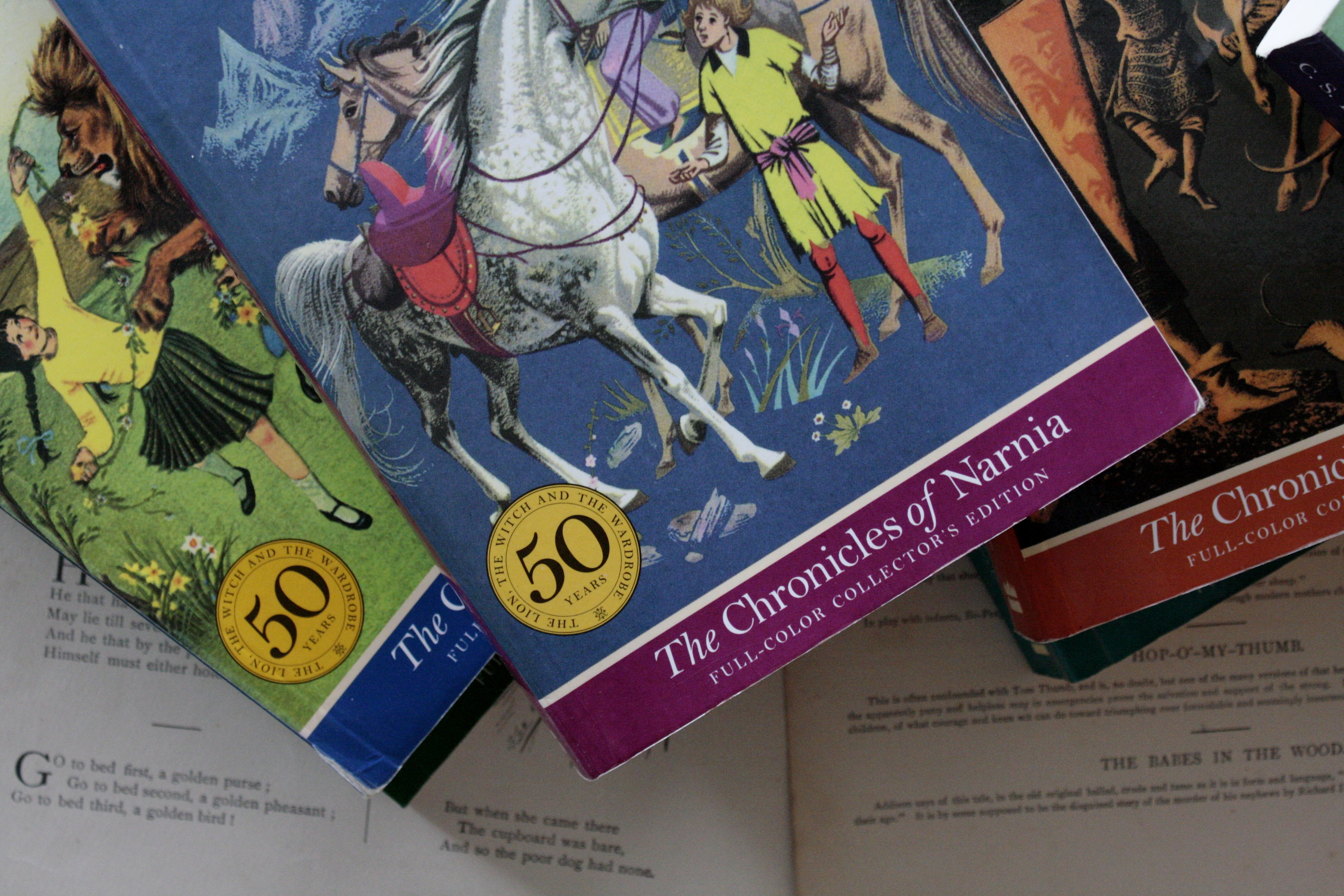 I realize that, at first glance, this post may strike you as superfluous. We all know that The Chronicles of Narnia are awesome and most of us have hoped, since childhood, that some unassuming cupboard or closet would—just this once—take us there. These books have rightfully secured a shelf of honor in any children’s library, Christian or no, and are probably sitting on your shelves right now. So, why am I writing about them?

I’ll answer that question with a question: you’ve read them, of course, but have you read them all?

Perhaps, you had a well-meaning teacher who introduced you to The Lion, The Witch and the Wardrobe. Maybe you read that book and loved it, and gave the next few books of the series a try before you got a new set of Legos and forgot all about everything after The Silver Chair. Perhaps, in this fictional scenario that is loosely based on my own life, you didn’t realize that things got much, much better after A Horse and His Boy and just, well, lost interest in Narnia for a time.

If that is your story or something like it, then I hope that your story ends like mine did: with a dazzling rediscovery of Narnia when you, as an adult, could see layer upon layer of truth and beauty embedded within the story, so potent that it made you weep at least once per book (or was that just me?). Without exaggeration, I can say that reading the entire series at nineteen shaped the way I view both this world and the world after, and I am forever indebted to C. S. Lewis for that.

So, I’m not writing about The Chronicles of Narnia in the hope of introducing you to something new, but to gently remind you that the series is meant to be taken as a whole. To read two or three books but not the rest is to sample ingredients without trying the finished dish—you miss the richness and complexity (the beautiful complexity!) of a masterfully woven tale as it arcs from book to book.

A few notes, now, on reading these books with your child. I began The Lion, The Witch and the Wardrobe with my daughter when she was four. I was a little apprehensive because we had just left the Little House books, so she had plenty of experience with cozy family scenes but none at all with battles and evil witches. I wasn’t entirely sure she was ready for that but my theory when choosing books to read is, “Round up,” as in, always read just a little above what I think she’s ready for. So I took a deep breath, cracked open the book and hoped that the beauty of the story would outweigh everything else.

I’ll be honest: Lydia wasn’t immediately sold, not until the kids reached the Beavers’ house and then she announced, “I liked that chapter,” with a  happy sigh. After that came wolves and betrayal and more of the White Witch, but with all of that came Aslan! We took the two crucial chapters in one sitting, and when I stopped sobbing long enough to sniffle out Aslan’s emphatic “Yes!” (you know which part I’m talking about), the game had forever changed. Lydia has answered to Susan ever since, and we’re deep into A Horse and His Boy with two more books to go.

So, you may not think your child is ready for them, but you might be pleasantly surprised. Once you get going, though, keep going! Even if it gets slow and your child seems to lose interest in spots, keep going! The story always picks up again. And if the language feels dated and you’re not sure if your child is following it, just know that you’ll be rewarded one day by hearing them exclaim, “Oh, bother!” when they drop their sliced apple. The gifts of Narnia are many and varied.

We purchased the set linked below, with full color illustrations by Pauline Baynes. There are more pictures and they’re beautiful, and I really think that helped Lydia get into the story. They are definitely a step up from the old black and white editions (ours were actually disintegrating in my hands as we read), and they’re worth every penny.

Previous PostWinnie-the-Pooh | A. A. Milne
Next Post The Book of Virtues | William J. Bennett