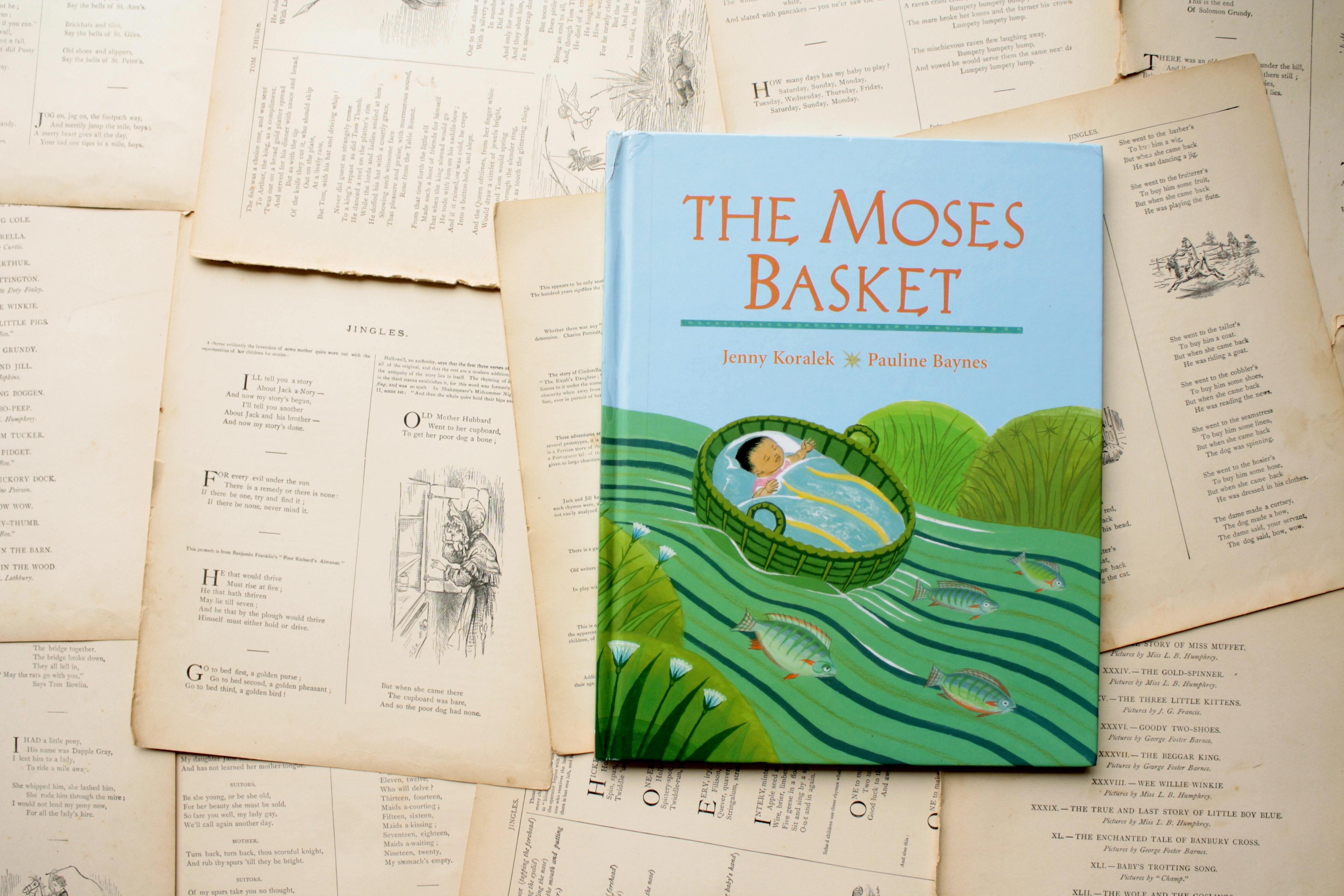 Within the grand narrative of the Bible, there are thousands of smaller narratives—some of them so small that they are told only by a well-chosen handful of verses. These stories serve their purpose and advance the greater story, and yet I sometimes wish we could hover over these verses and let them expand, for behind them are characters compelling and bold, who are known for one action but who must have lived lives characterized by such action for them to bear fruit at the moment most needed.

I am content with the boundaries of Scripture, and thank God for choosing wisely as He tells His story—but I sometimes wonder. I wonder about those Hebrew midwives (Exodus 1:15-21). I wonder about Moses’s mother (Exodus 2:1-10), this woman who set her son adrift, trusting his life to the Lord rather than see him murdered by the Egyptians. And apparently, Jenny Koralek wonders about her, too, because she built the narrative of The Moses Basket around Moses’s mother and his sister Miriam, giving us a deeper look at who they might have been.

Of course, in doing so, she adds to the story, and yet she does it in a way that seems consistent with Scripture. She obviously did her homework, and when I went back and reread the passages concerning Miriam, I was pleasantly surprised to find how well Koralek’s interpretation held up. Add to that the illustrations of Pauline Baynes (best known for her work in The Chronicles of Narnia), and you have a top-notch telling of a beloved story.

Previous PostHow to be a Baby, by Me the Big Sister | Sally Lloyd-Jones
Next Post The Story of Esther | Eric A. Kimmel