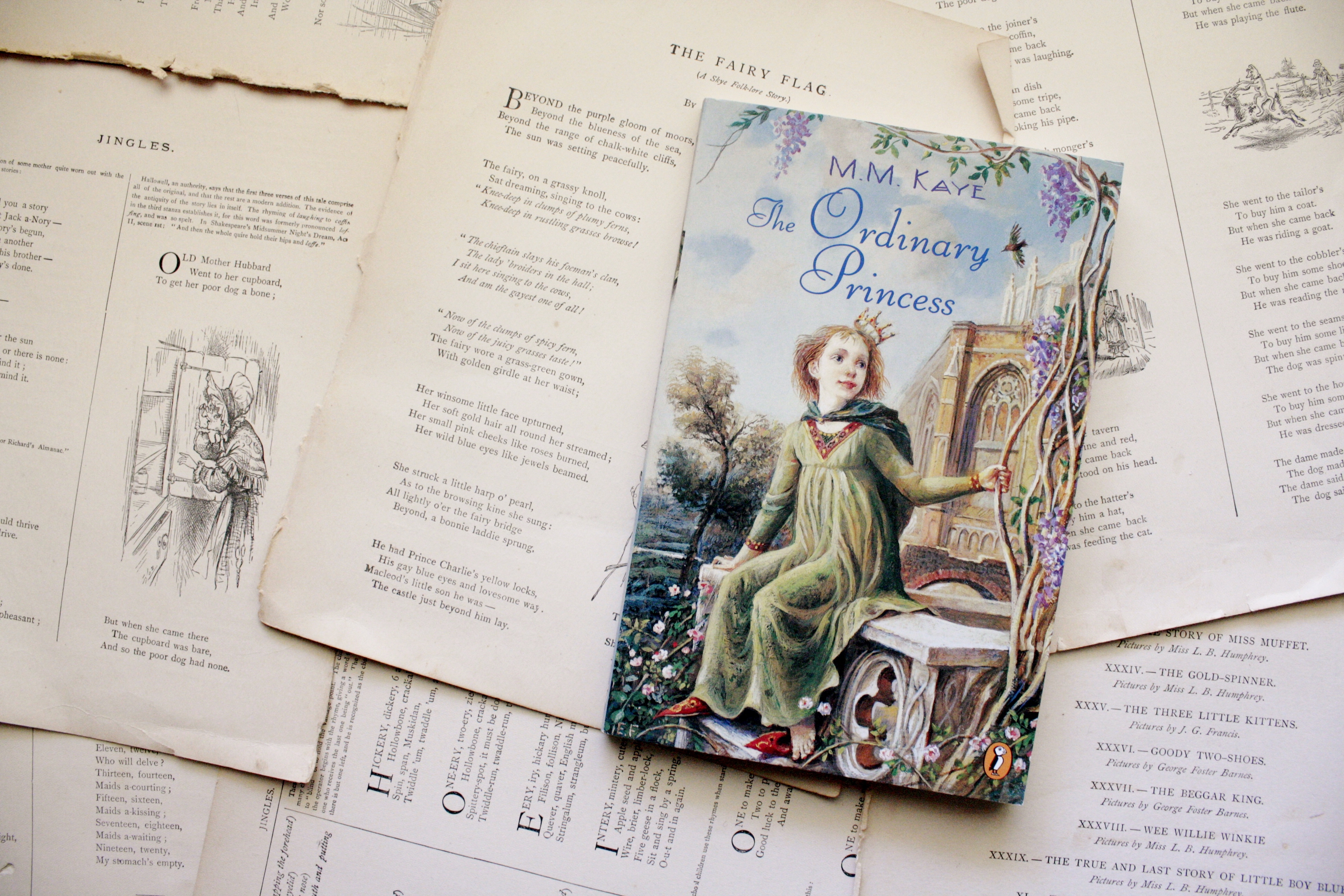 What if a princess was not golden-haired and willowy, with eyes like sapphire and so on, but was—in every way—perfectly ordinary?

This is the question that struck author M. M. Kaye after re-reading her favorite fairy tales from childhood: what if an ordinary child was born into a fairy tale family? And so the story of the Ordinary Princess began. Princess Amethyst Alexandra Augusta Araminta Adelaide Aurelia Anne—called Amy—was born the seventh daughter of a king and queen, and being the seventh, she was even more beautiful and serene than her sisters. She was, that is, until the Fairy Crustacea declared at her christening that she should be Ordinary.

And just like that, her golden ringlets turned mouse-brown; her serene, rosebud mouth screwed into a baby-like howl, and Amy became a baby like any other non-royal baby.

This is a slender chapter book, and it’s enchanting. I loved Kaye’s unusual approach to the usual stories, and was especially smitten Amy’s disposition: though her family considers her ordinariness a Great Problem, Amy hardly seems to notice it. She enjoys life at the palace as best she can, sneaking out into the woods to play with squirrels and peasant children, until her father comes up with a dramatic plan to fool an unsuspecting prince into marrying her. Then things take a turn.

I haven’t read this one to the girls yet, but it’s next on our list after we finish Twig. Of all the reinterpretations of fairy tales out there, The Ordinary Princess is quite possibly my favorite: the heroine is strong and humble and hard-working. She’s content with her lot and entirely likable. And she’s ordinary—quite a few of us with mouse-brown hair can relate to that.