The Princess and the Goblin | George MacDonald 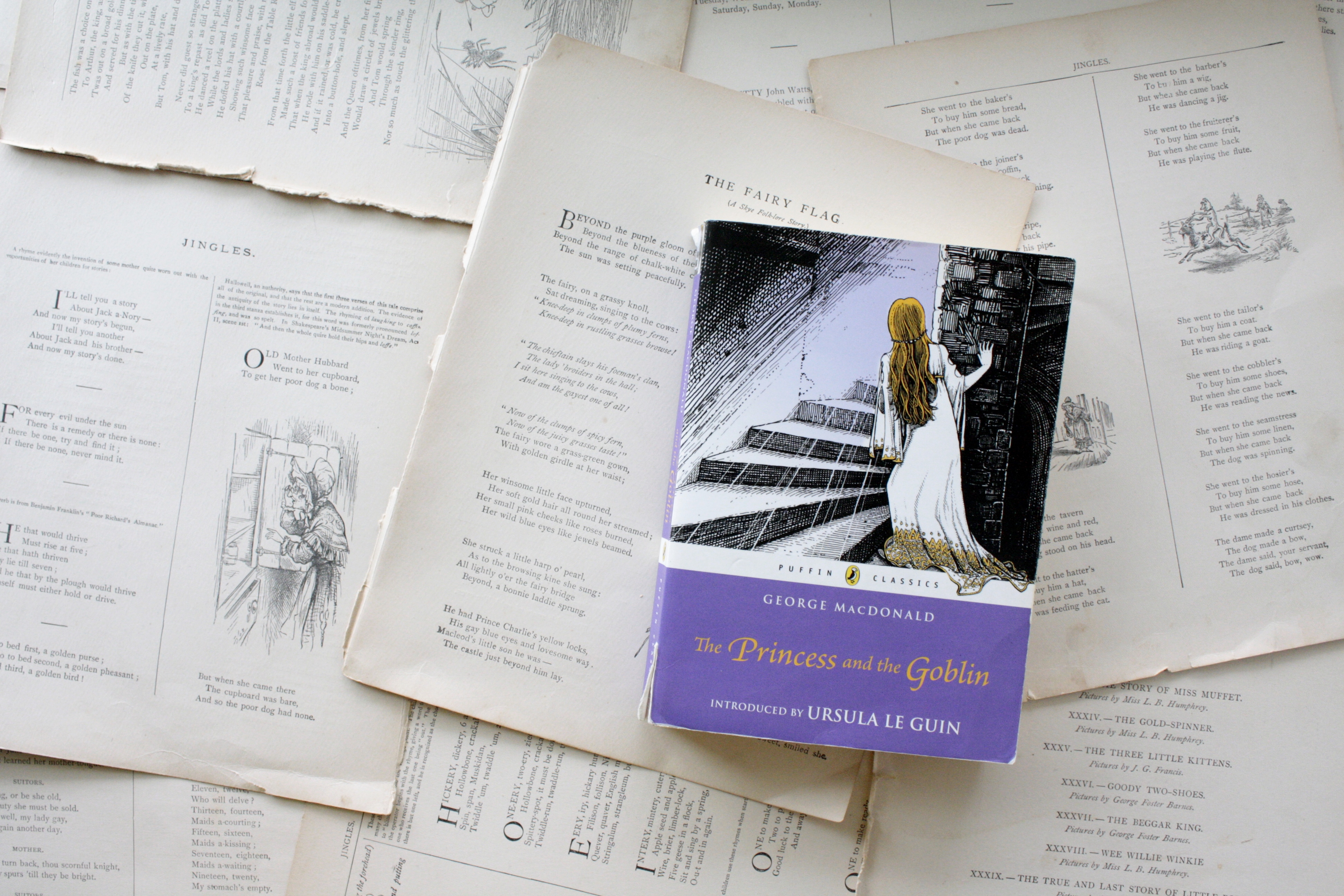 One of my preferred methods for finding new authors involves reading the footnotes of my favorite books. This is spectacularly nerdy, I know, but sometimes there are gems tucked away in that tiny print, little citations that spur me on to explore a new author, an essay, a book. Perhaps a particular name sounds again and again through works I respect and I finally catch on that, hey, I should listen to that. I should find that book and read it.

Occasionally, an author makes this very easy for me and, like C. S. Lewis, refers to another author as his “master.” When dealing with someone as masterful as C. S. Lewis, that’s a statement that commands attention. Of George MacDonald, Lewis has this to say:

“I have never concealed the fact that I regarded MacDonald as my master, indeed I fancy I have never written a book in which I did not quote from him.”

Those words sent me on a mission to find all the MacDonald I could and, having read most of his works for children, I can say that The Princess and the Goblin rises to the top of his collected works like the very best cream. MacDonald’s skill lies in his images, and some of his best images lie in this story, so distinct and perfectly apt that you’ve probably heard them cited in other works. The great-grandmother’s fire of roses or Irene’s guiding thread are enchanting enough within the context of the story, but they stick with you and give you much to ponder long after the book is closed.

The Princess and the Goblin concerns certain events surrounding a little girl named Irene,  a princess, who lives in a house—part farmhouse, part palace—that is built into the side of a mountain. Now, you already know how I feel about princesses. Irene is absolutely one of those princesses of merit who keeps her promises, serves others and has better things to do than woo princes (a relief, as she’s only eight).

But if there are little boys in your life who cringe at the word “princess,” never fear: the story has two principle characters. The other is a boy named Curdie, who is no vapid Prince Charming, but a brave and chivalrous miner’s son whose own series of adventures overlaps those of the Princess Irene. There are also goblins, men-at-arms and the princess’s marvelous king-papa.

But as I said, MacDonald’s skill lies beyond the written story itself. In his introduction to MacDonald’s Phantastes (which is also worth reading), Lewis struggles to classify the sort of genius MacDonald exhibits, saying finally:

“It gets under our skin, hits us at a level deeper than our thoughts or even our passions, troubles oldest certainties until all questions are reopened and in general shocks us more fully awake than we are for most of our lives.”

The Princess and the Goblin does exactly that.

The Princess and the Goblin
George MacDonald (1872)