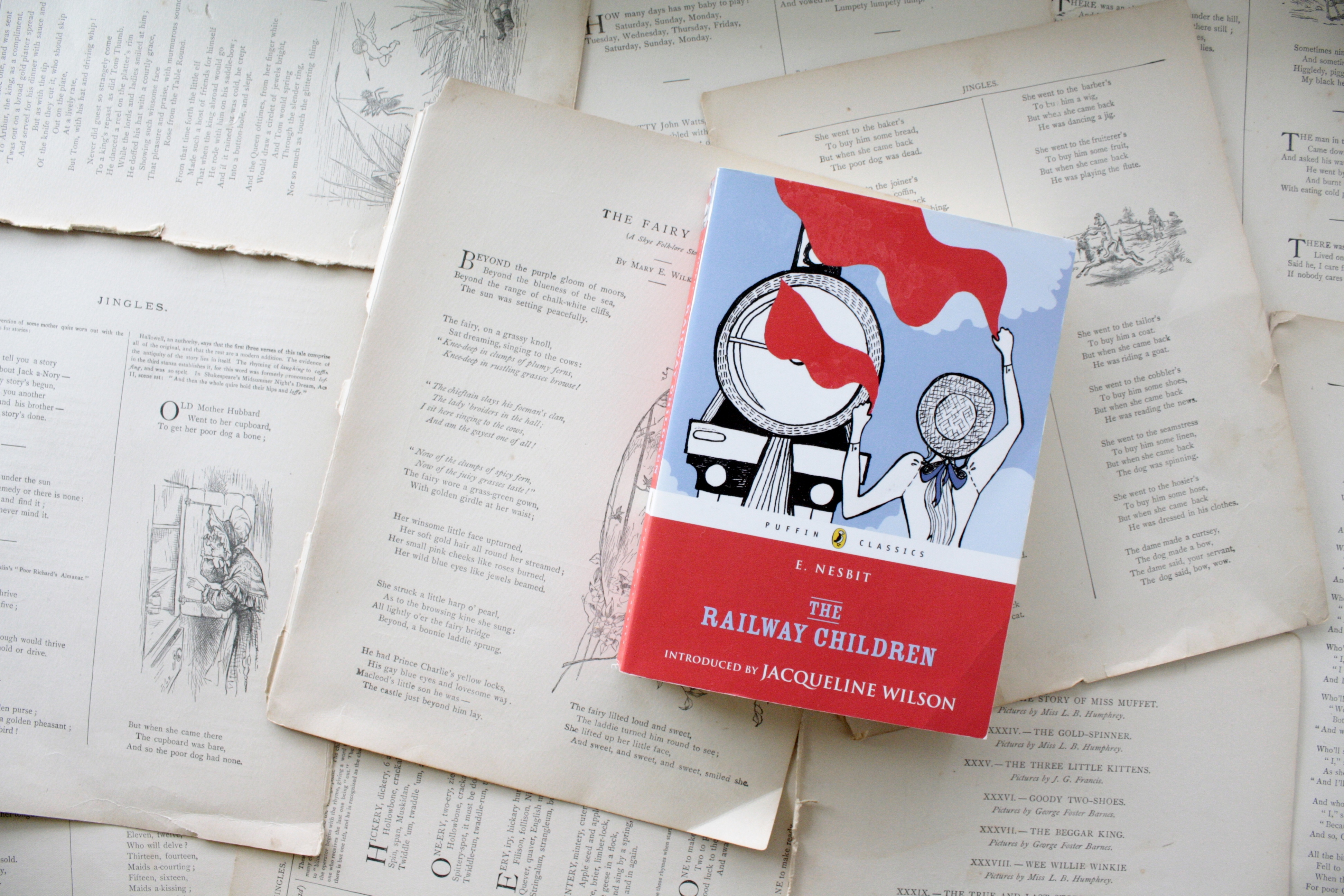 Was there ever a better narrator than E. Nesbit? The way she banters with the reader in charming asides and includes her own voice as a part of the story makes reading her work an act of listening, as though a favorite aunt has drawn little you onto her lap as she tells you a story about some children that she once knew. Her voice is comfortable, familiar; she exists within the story in a delightful way.

C. S. Lewis also had a knack for establishing this intimacy between author and reader. I used to think that I recognized his voice in Nesbit’s work until I learned that she was one of his favorite authors as a child, and that really, I was hearing her voice in his work. This just made me love her more than ever, and I love her best of all in her book, The Railway Children.

After their father is mysteriously called away from home, Roberta, Peter and Phyllis leave their comfortable life in London and move to the countryside with their mother, where they are materially poor but find a wealth of excitement in the railway that cuts through the hills near their new home. Adventures of a noble sort ensue, all told in Nesbit’s endearing (but never, ever sappy) tone.

The small fry in our home are so smitten with The Railway Children that, for a time, they answered only to Roberta and Phyllis, and we found ourselves hosting an imaginary brother named Peter for months (we currently host an imaginary brother and sister named Curdie and Irene—from The Princess and the Goblin—as well as a sister named Applesauce, and an imaginary cow named Charlotte. Our house is cozy, but never dull).