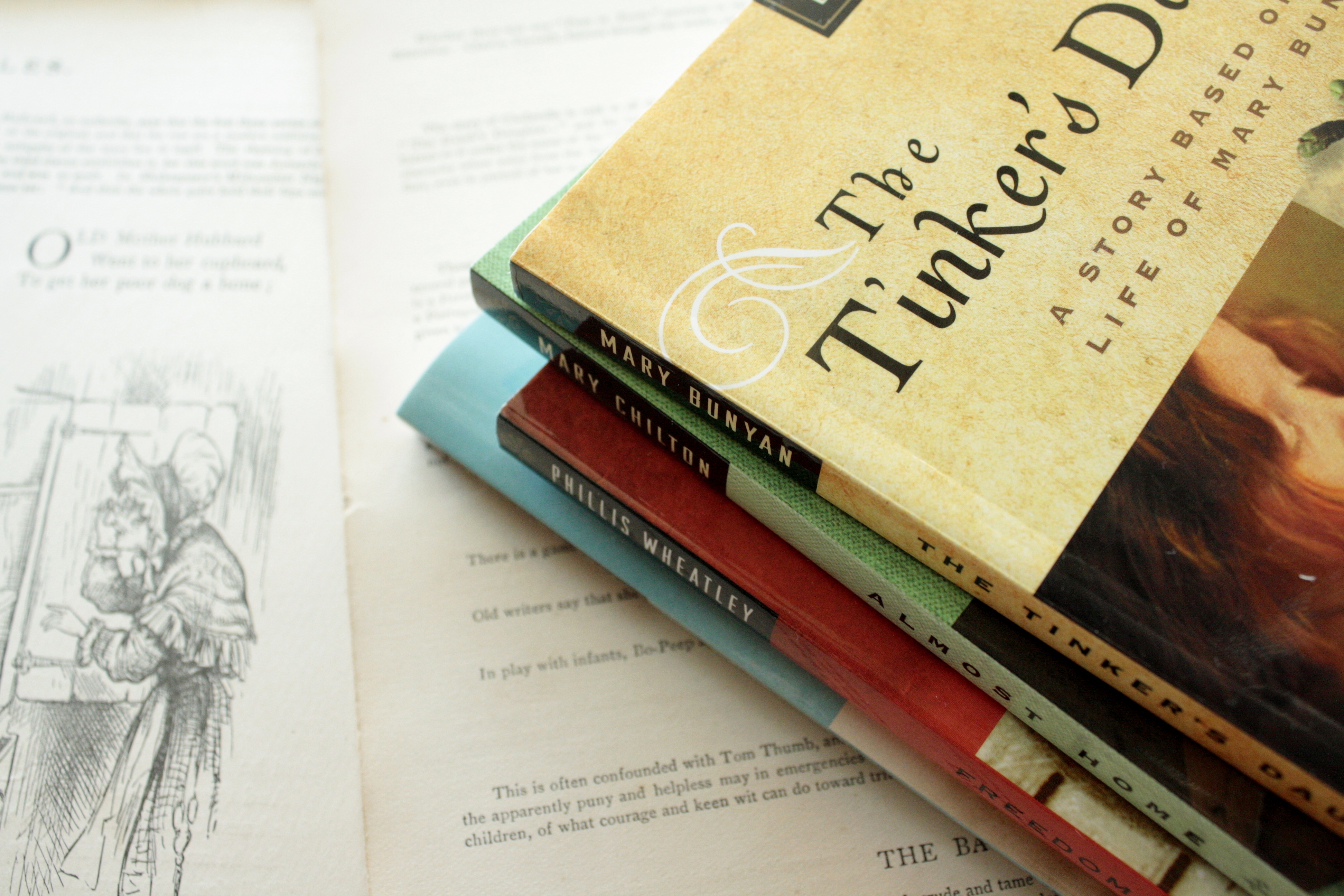 Twice in one week, I found myself deep in conversations with friends about one question: Why is it so difficult to write about Christian characters?

The question surfaced after I narrowly resisted the urge to throw a certain children’s book across the room when the heroine—a Christian girl who held fast to her faith during adversity and yet to whom I remained thoroughly unsympathetic— “sobbed violently” one too many times. This offended both the reader and the editor in me, but also flummoxed the Christian in me, because shouldn’t a character’s relationship with the Lord form a compelling thread within a story? It’s something so beautiful, so rich. Shouldn’t authors be able to capture that well?

Some do. John Bunyan comes to mind, and so does C. S. Lewis. And Marilynne Robinson. But when the work is intended for children, somehow the Christian element emerges either in an understated theme or in allegory—both of which are fine—or else the Christian threads become so overt that they seem superimposed upon the story’s plot, lending the book an unwelcome awkwardness. A preachiness. And I wonder if anybody likes preachiness.

I have read a few children’s books that not only weave threads of Christian belief into a plot gracefully but also make them a key point of the story, and here they are:

Heidi. Treasures of the Snow. What Katy Did. That’s it. I have read a lot of children’s books and those are the only three that come to mind.

So, why is it so difficult to write believably Christian characters and to capture their walk with Christ in a way that is both genuine and appealing?

Here is my theory: Writing about something as intimate as a person’s relationship with an unseen God must fall into the same territory as writing about one’s own marriage without resorting to cliche or sentimentality. To succeed in communicating something so intimate about a subject to which you are so close, you must strike all the notes just right or the chord fails and turns from pure music to dissonance, and the reader finds herself (for example) tempted to chuck a book across a room in frustration, because the thing the writer attempted to do should have been beautiful but wasn’t.

For a writer to capture something as personal as a character’s spiritual growth, they have to be willing to allow the character’s doubt onto the page at times, and to accept the fact that faith is complex—it is neither simple or moralistic. They have to be willing to step back from their own relationship with the Lord a little and observe how it works, and to lend their characters just enough of their own experience that the characters successfully cross that gap from stereotype to genuine, likeable person.

I say this as a reader, mind you. I haven’t even dared tackle this subject in my own writing. But I have seen novels make the ambitious attempt to scale the twin peaks of faith and fiction only to tumble into a crevasse somewhere between the two and land in my “used bookstore” pile. Which brings me back to that book that I did not finish.

And that is how I found The Tinker’s Daughter. More to the point, I suppose, is the fact that I found Wendy Lawton, an author capable of writing a compelling story that neither cheapens her characters’ Christian faith nor makes them unpleasantly trite. The Tinker’s Daughter is a well-crafted, fictional account of Mary Bunyan, John Bunyan’s eldest daughter, during the time when her father was newly imprisoned for “unsanctioned” preaching. His faith throughout the story is abundant and beautiful to behold. Mary’s faith is that of a fledgling, taking off timidly by the end of the book.

Another point in Lawton’s favor: Mary is blind, and for an author who can make me feel and smell and listen to the world of a girl without sight, I have nothing but admiration.

I have read a handful of books in this series so far, and I must warn you that Lawton does not tackle easy material: Shadow of His Hand relates Anita Dittman’s experience in the concentration camps of Germany; Freedom’s Pen tells the story of Phillis Wheatley, who was captured in Africa as a young girl and endured the horror of the slave ships before being sold to a wealthy New England family.

Lawton handles this material well, including just enough detail for the reader to grasp how truly terrible these historical events were without making the stories too heavy to bear. She allows her characters to ask hard questions through it all, and includes answers that satisfy the reader without oversimplifying the truth. So, I like the fact that these books tackle content like the Holocaust and slavery. But I don’t recommend handing them over to your children without reading through them for yourself.

That said, some of them I did allow Lydia to read on her own (after reading them myself)—The Tinker’s Daughter was one of those. We’ll wait on Shadow of His Hand and Freedom’s Pen for now. I believe there are nine books in the series, so I have more to read, but for now I’m savoring each new volume and rejoicing in the existence of an author like Wendy Lawton. These books allow me to hope that there are other authors out there like her.

And it occurs to me that you might know about them: Do you know of any chapter books that center around characters whose Christian faith is a central part of the story? Please let me know in the comments!

This post originally appeared in February 2015. I loved reading back through it and realizing that I have found so many more books that portray Christian characters beautifully and believably since writing this post’s lament. But I am always searching for more! Please, tell me if you know of any I might have missed.