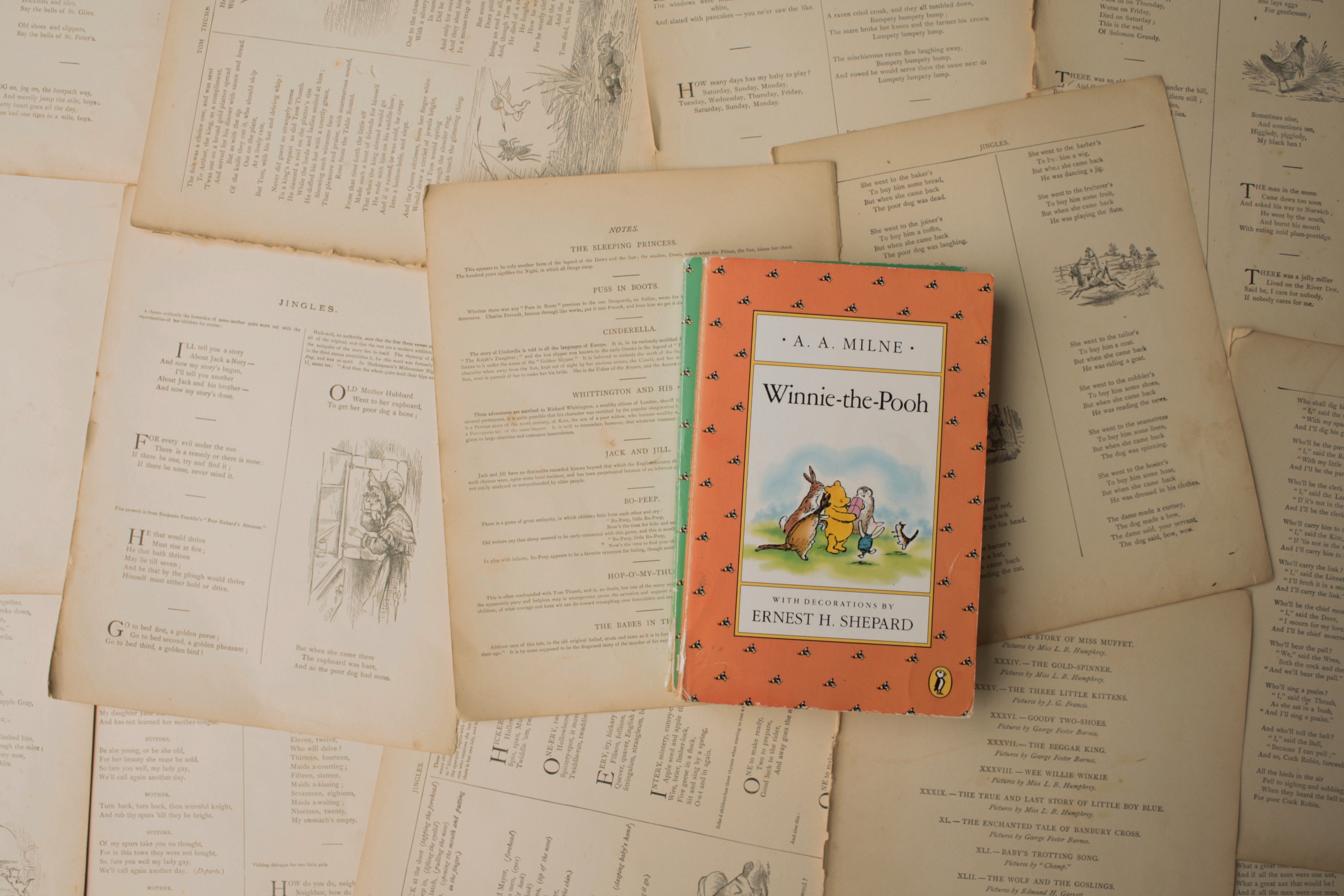 As a new parent, I thought I hated Winnie-the-Pooh. I was thinking of Disney, of course, and all I saw was the pudgy dumpling of a bear that turned up on everything from bouncy seats to diapers. I lumped Pooh in with the bland children’s programming that I couldn’t stand—Barney, Blue’s Clues and Dora, to name a few—and I had not forgotten the Heffalumps of my own childhood. (They were frightening.)

But then, I picked up a copy of Winnie-the-Pooh at my mom’s house and within sentences realized that I had badly misjudged that silly old bear. I borrowed that book and began reading it to Lydia, then two-and-a-half and recently a big sister. Winnie-the-Pooh was her first chapter book, and reading it together became a sweet point in our day: during the baby’s morning nap, every day, we snuggled up on the couch and read about Pooh and Piglet and Eyeore and all of them, really. I was never sure how much she understood, but she never got restless and always wanted more.

Now it’s Sarah’s turn. She’s two-and-a-half and already smitten with the whole cast of characters, so we curl up before her nap and read a little every day. She’s taken to telling me stories about Pooh (which, sadly, I can’t always understand). But I love them.

The amply illustrated, short story format has seemed to fit my girls nicely, but having recommended Winnie-the-Pooh  to other families whose kids have had no interest in it until the seventh or tenth try, I have concluded that there is no “right” age for Pooh. Your kids may not take to Milne right away, but try it again in a few months: everyone, it seems, warms up to Pooh eventually. Especially grown-ups.

The Complete Tales of Winnie-the-Pooh
A. A. Milne, Ernest Shepherd (1926)