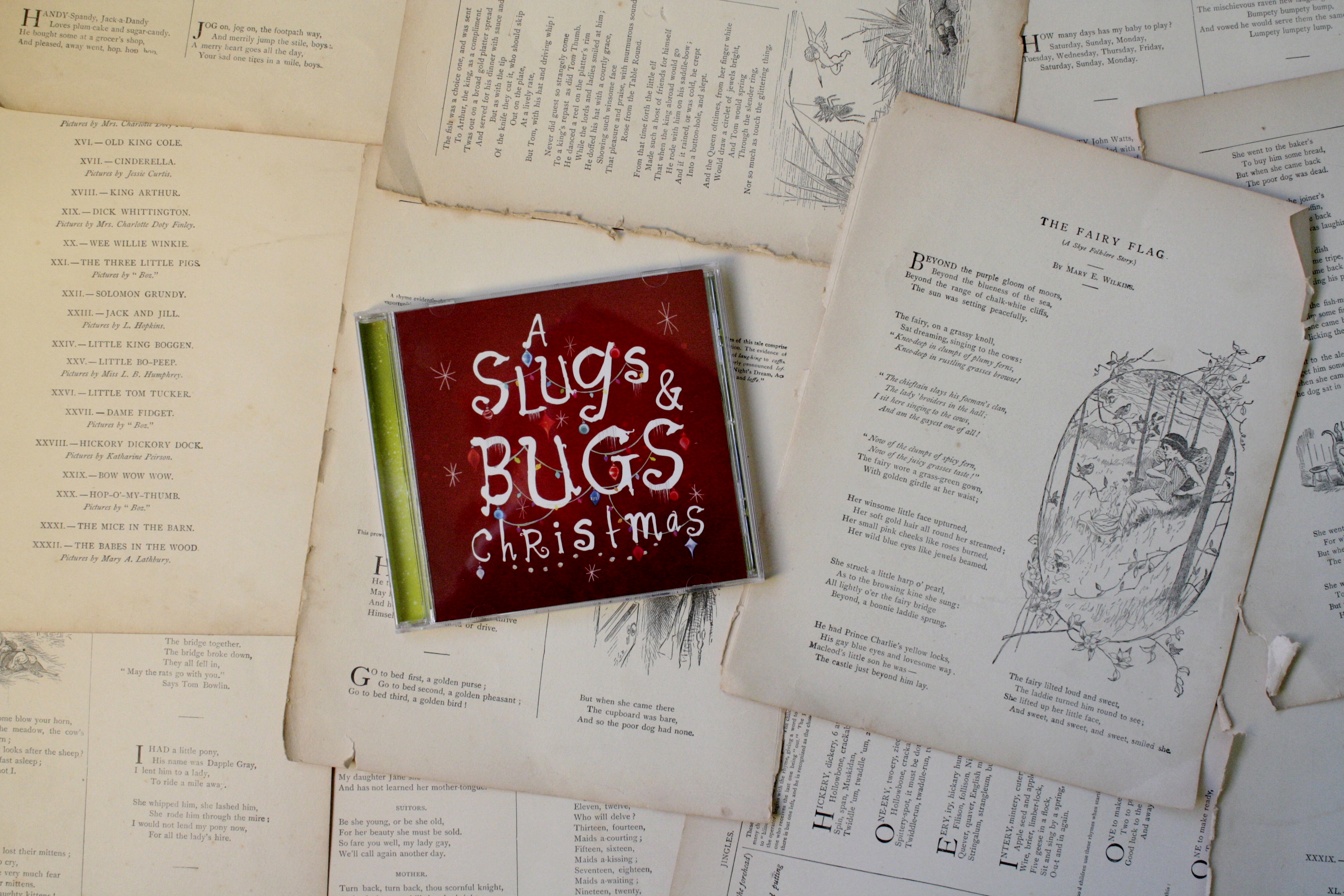 The first time we listened to A Slugs and Bugs Christmas, we were on our way to the pharmacy for flu vaccines. To give you an adult-to-child ratio, that was me to three small children, all destined to get shots in the next hour. We needed something light-hearted and peppy to boost morale.

The girls were immediately smitten with Slugs and Bugs—Randall Goodgame was speaking their language! I enjoyed the songs, I think, but was inwardly crafting my strategy for the pharmacy: three girls. Me. Narrow aisles; shelves of small things. Shots.

I don’t think I heard much of the album at all.

On our way home, though, I was in a state of elation: we’d done it! We survived! Nobody cried (much), not even me, though I felt like eating a whole pint of ice cream to celebrate and/or de-stress afterward. Instead, we did something better: we listened to “The Camel Song.”

And I fell head-over-heels for Slugs and Bugs.

To tell you that “The Camel Song” was just the things for girls whose arms still smarted was one thing, but to tell you that it had me laughing out loud is another. The next morning, I kept listening to the album—when it was just Phoebe and me in the van and I could have listened to whatever I wanted. I reached “The Camel Song Conversation” at the end of the album and really lost it, laughing so hard my eyes watered while I sat in the parking lot of the grocery store, waiting for the song to end so I could get out of the car and behave like an adult.

What could be a better endorsement for a children’s album than that? I listened to it on my own, just because I wanted to. And it made me laugh.

A Slugs and Bugs Christmas somehow hits all the markers for a good Christmas album for kids—there are silly and nostalgic songs at the start, and the end of the album is full of beautifully arranged Christmas carols old and new. A six-year-old friend put it this way: “It’s funny, because there are Santa songs and then God songs and then some songs that are just silly!”

Randall Goodgame, Andrew Peterson and others made an album that is a joy to listen to (and to have stuck in your head throughout the day). But when I read about their vision for children’s music, I loved them even more:

“We believe songs are one of God’s powerful tools for building strong relationships. When songs inspire laughter or deep spiritual thought, they can transform a routine car ride into a sweet family experience. Over time, that influence can profoundly impact the culture of the home. . . . Our small hope is that the joyful creativity of Slugs & Bugs music will delight your whole family.  Our grand hope is that Slugs & Bugs kids would find it natural to remember Jesus in their homework, in their friendships, and one day, in the parenting of our grandchildren.”

That paragraph makes me glad that I have their other album Under Where? ready to tuck into someone’s stocking on Christmas Eve.