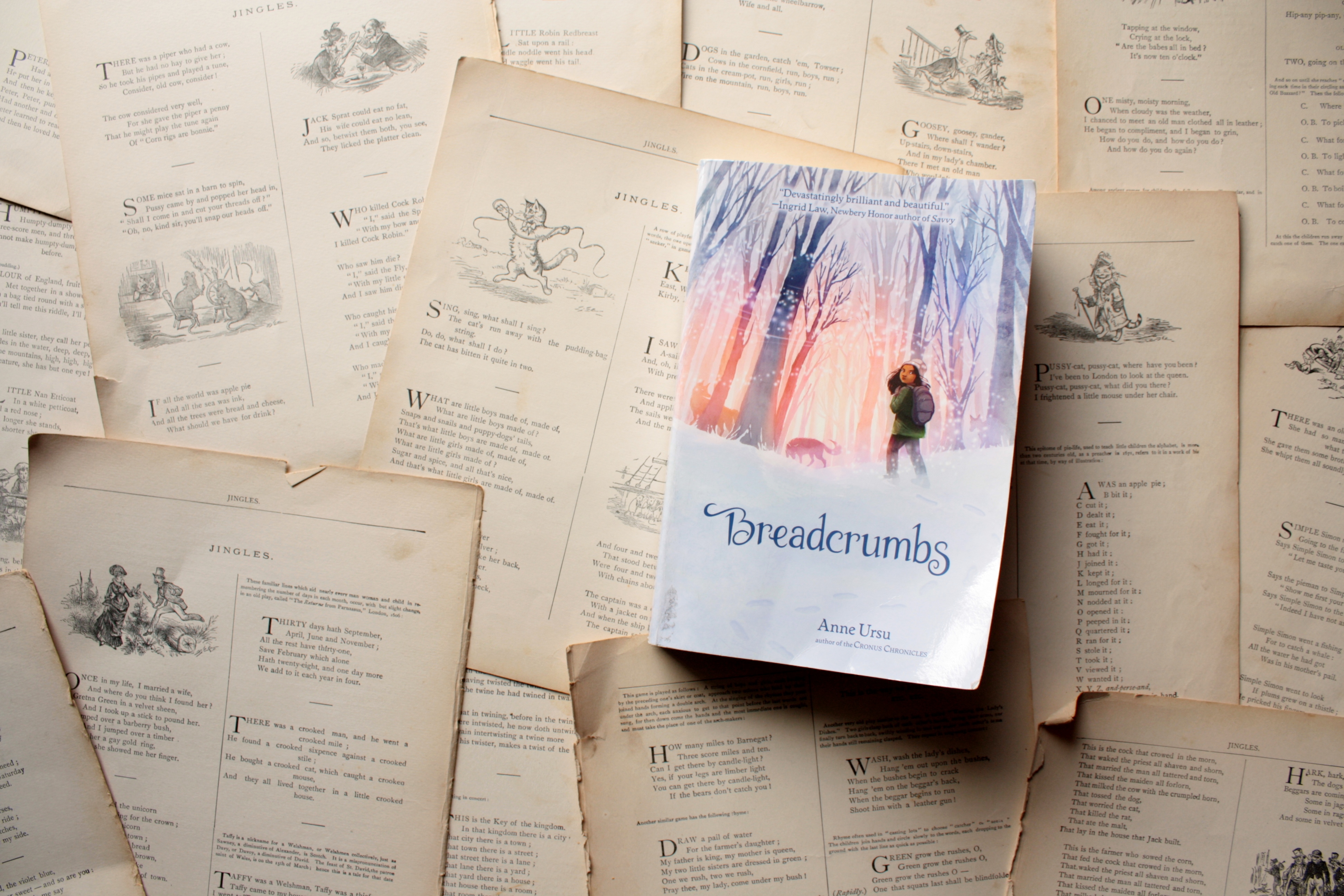 Some authors play with language in a showy way, a way that draws the reader’s eye away from the story and onto their clever wordplay, but not Anne Ursu. She shapes each scene with obvious enjoyment, but it’s the scene we see, not her masterful shaping of it. She plays with words in the quietest way, panning out suddenly from a scene until pieces we hadn’t noticed yet become vivid and living, or giving a word some unexpected tilt that brings a new facet of meaning to light.

The delight behind her writing drew me into Breadcrumbs—a thrift store find—immediately. But the story itself held me there.

Breadcrumbs travels over familiar ground: it is a coming-of-age tale, and a retelling of Hans Christian Andersen’s “The Snow Queen.” It could feel tired, too familiar. But it doesn’t.

The world Ursu constructs to house both the recognizable lives of her main characters and the cold enchantments of The Snow Queen is bewitching. The way she moves us from one to the other seems just right. When the main character, Hazel, sets out to rescue her best friend Jack from an enchantment she doesn’t fully understand, she finds that the world around her becomes less and less clear—it grows harder to tell who is trustworthy and who is not. Through Hazel’s adventure, Ursu depicts the realistic confusion of coming-of-age without blurring the lines between good and evil.

One other thing I loved about Breadcrumbs, though, was Hazel. She’s inventive, brave, and the right kind of quirky. She’s loyal, kind, and bold. She is Indian, adopted at birth by American parents. Her struggle to place herself in her surroundings, to understand where she fits—as an adopted child, a child of recently divorced parents, a child who doesn’t look like those around her—is a part of the story, but it isn’t what the story is about. The story is about a rescue, and the rescuer, in this case, is Hazel.

I loved Breadcrumbs. It is a beautiful book. But one of the things I loved best about it was that it introduced me not just to a new favorite story, but to a new favorite author. I can’t wait to see what else Anne Ursu has written.