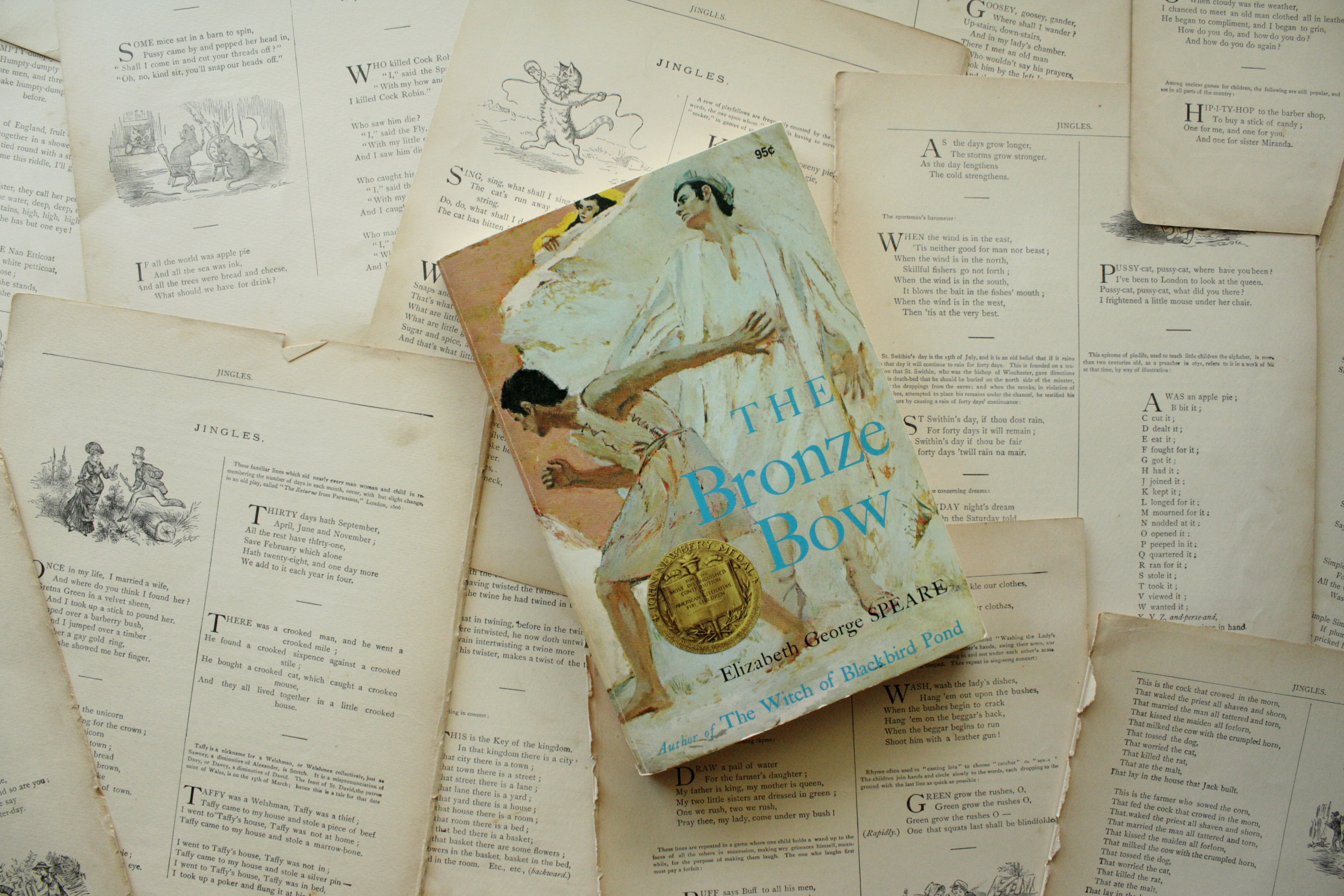 My edition of The Bronze Bow told me delightfully little about the book—what it was called, who wrote it, what else the author is known for and that the book won a Newbery Award, but nothing at all about the story. I bought the book because of that award, and because I had a dim memory that somebody I respected had once said something about The Bronze Bow. But the book sat on my shelf, unread, until a few months ago when I finally took it down and plunged into the story.

The story itself was a pleasant surprise: set in Galilee during the first century, The Bronze Bow follows Daniel, a young man orphaned by the Romans and exiled from his village. Daniel longs to see Israel freed from the rule of the Roman Empire and dedicates all he has to fighting in an underground rebellion. But when his circumstances change and Daniel is drawn back into the life of his village, he is forced to reconsider what sort of victory God is working toward and how Daniel can best help bring it about.

I loved the historical detail in this book, but one of my favorite aspects of it is the way the story runs alongside that of the gospels, bumping up against the story of Jesus every so often. Jesus is a character in this book, so if that makes you squeamish, you’ve been warned. But the way Speare portrays him is beautiful and respectful and, as far as I can see, consistent with Scripture, though of course she portrays him creatively, supplying details outside those mentioned in the gospels. I found her descriptions so compelling, and I loved the way the other characters had to reckon with Jesus, the way his words and very presence kept shaping their decisions and responses in ways they could not explain.

Because of the age of the main characters (18 or so) and because Jesus appears in a fictional setting, I’d recommend saving this one until our child is old enough to separate this story from that of the gospels and to view it with discernment. Of course, you know your child better than I do, so take that recommendation with a grain of salt.

But The Bronze Bow is a beautiful example of historical fiction that brings history to life for the reader. And now, I’m off to read Speare’s other books—she’s fully won my trust as an author.