On That Easter Morning | Mary Joslin 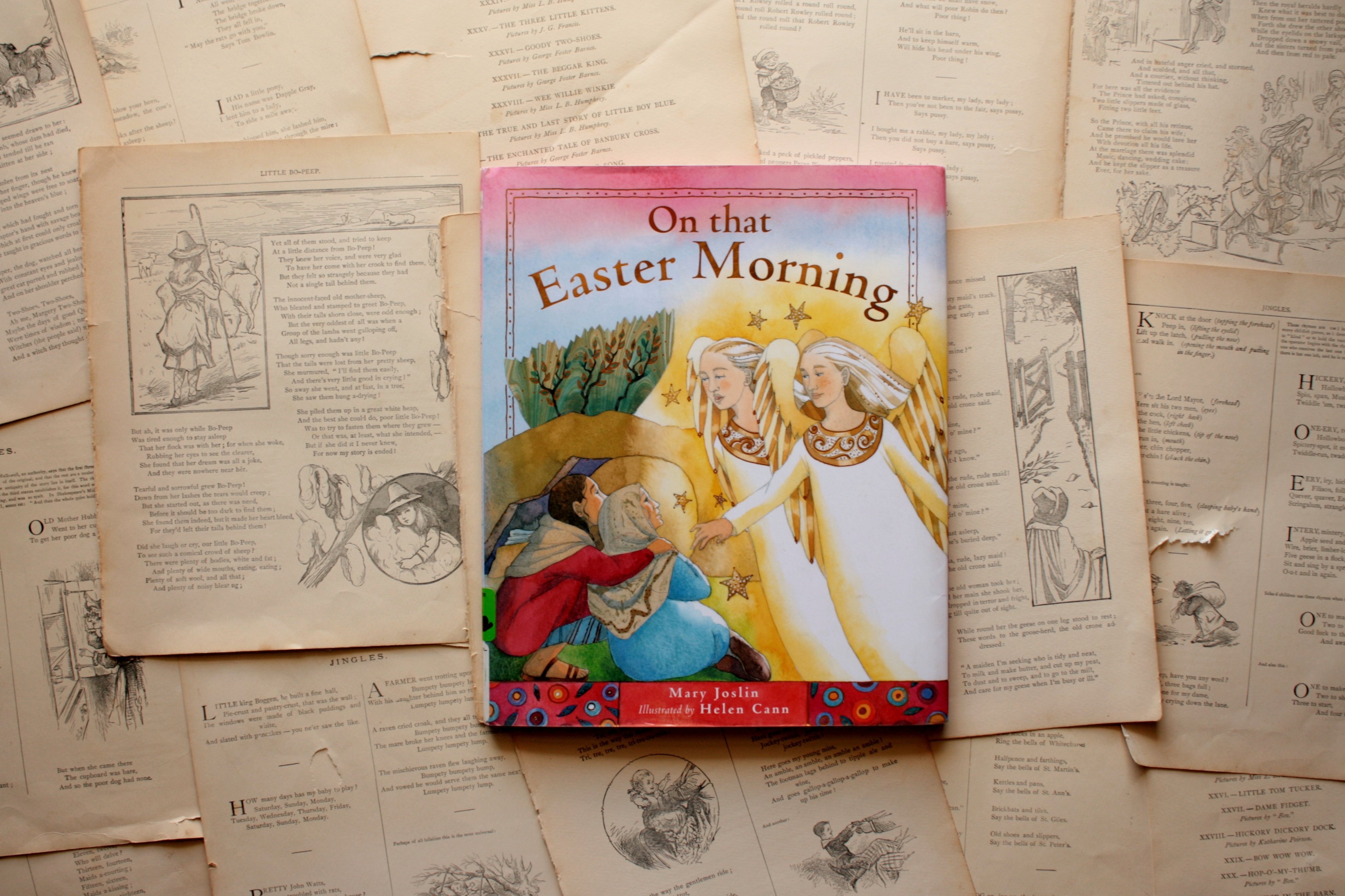 “Christians are strange people,” our pastor announced on Sunday.

So true, I laughed. We really are.

“Christians gather to celebrate the death of their leader. We rejoice in it!”

But that is the backward logic of the gospel: The path to freedom runs through sacrifice. The way to strength lies through weakness.

And the path of life begins with death. Jesus died so we could set foot on that path—he is our way in. But we also die as we walk that path, both spiritually (as God prunes from us our old desires, clearing space for new growth) and physically (the only way to resurrection is through death).

That is all backward, opposite what we want and what our broken world praises. We crave strength and success, and he calls for surrender. We demand rights and recognition, and he models humility. The Jewish people, anticipating the Messiah, longed for a King, a Leader who would drive the Romans out of Israel and restore the kingdom—but God sent a baby. A carpenter’s son, who grew into a man gentle and tender to those hurting, and fiery toward the prideful, the hypocrites.

This man was poised to claim his throne, wasn’t he? He rode into Jerusalem, fulfilling prophecies, welcomed by the praises of his people. Freedom was close; strength stood in their midst. When would he strike, some of his followers wondered. When would he claim what was his?

But instead, Christ was betrayed, arrested, tried and convicted. Crucified.

Yet that is what we celebrate today (that, and Josie’s second birthday—more on that later). We are a strange people. Jesus failed to take Jerusalem, failed to rescue his people from the Roman regime, failed to lead them boldly into a new, victorious era as free citizens.

But his goal was not only the salvation of the Israelites. He did not die and remain buried; he did not decay, dissolving back into the earth, leaving only stories behind. His aim was the salvation of all who come to him: Israelites and Gentiles, as well as the generations upon generations who have been born and died since that first century. His death was not unexpected. It was not an aberration in the plan. It was the plan.

He did not fail.

We—we strange Christians—observe Good Friday today. We celebrate the death of our King, and we remember our role in it—the sins that pinned him to the Cross, and the ways we have cried out against him, desiring his death rather than recognizing our own guilt.

But on Sunday, we’ll wake early. We’ll open the oven and feast on Resurrection cookies; we will share new books (like today’s book, which I’ll mention soon, I promise). We will sing “Who Will Roll Away the Stone?” at home and at church, we will sing “Christ the Lord is Risen Today” which such momentum, such volume, such joy.

But not today. Today we sing “Were You There?” We sing “What Have We Done?” We remember and we mourn.

We are strange people.

On That Easter Morning is beautiful! The palette is all sunrise colors and delicate, transparent watercolors, with shimmering details. Mary Joslin’s text, drawn from different translations of the Bible and faithful to the story, is lovely. It is also (alas! I just realized this!) out of print, so a personal copy may be hard to come by. But our library carries it—perhaps yours does, too? Or maybe you’ll find it in thrift stores or on Thrift Books. If so, it is a beautiful book worth sharing early on Easter morning.

Also, Josie’s birthday! She’s two today, and chatty and quirky and hilarious. And we love her like crazy.

Our Good Friday is going to be all joy as we descend upon the children’s museum, eat biscuits and gravy and smoothies for dinner (her favorites) and cupcakes for dessert, and then go to the church after the party, all somber. It’s a day as eclectic and disjointed as this post.