14 Fantasy Stories That Nourish the Soul 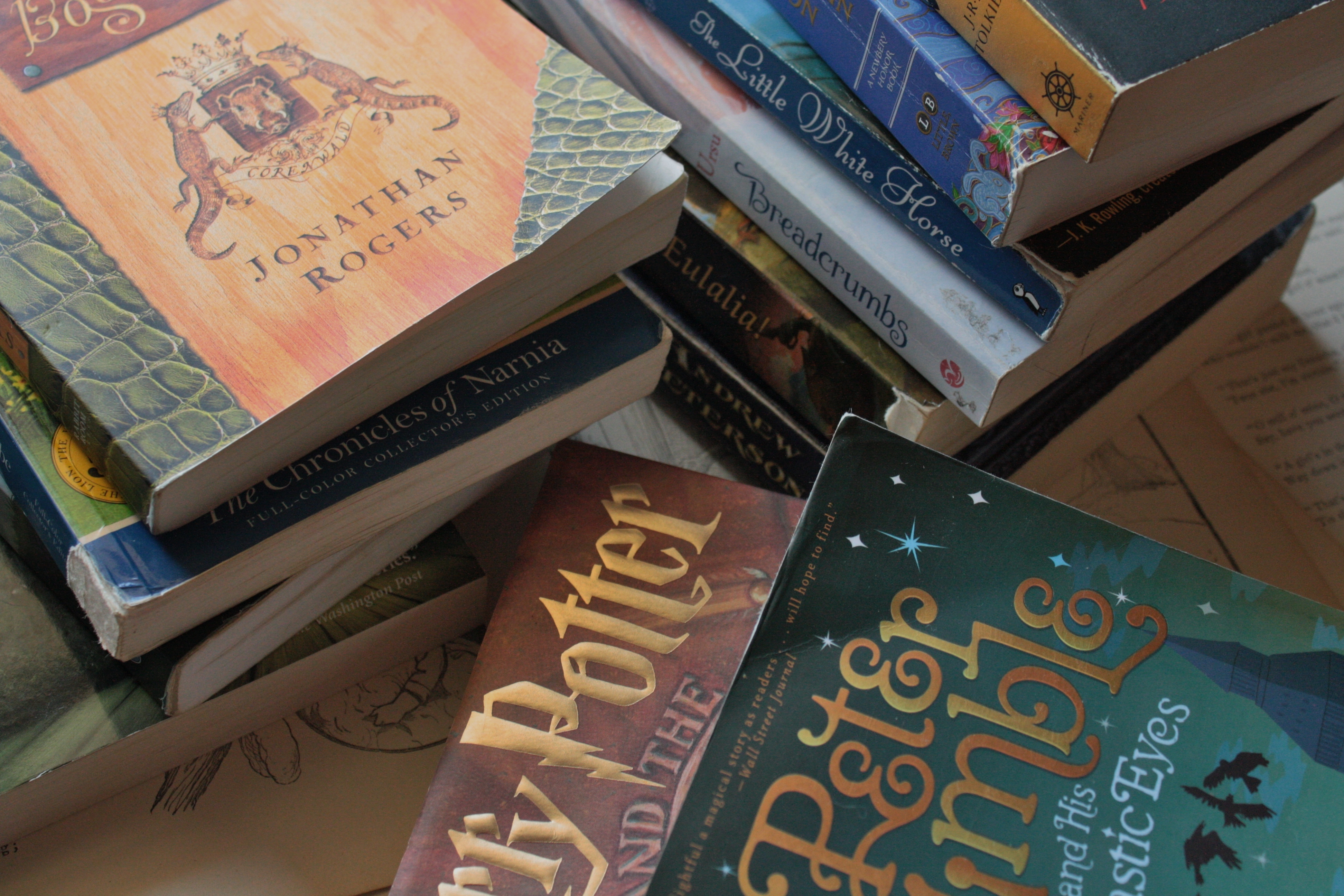 Good fantasy stories have always felt to me like feasts worth savoring. Those are the stories I reread every few years, the ones that make sense of our world by introducing me to worlds utterly different from ours. I was never able to pinpoint exactly why that should be, though, until I encountered this passage in G. K. Chesterton’s Orthodoxy:

There is something about the delightful aspects of other worlds that makes our own seem more miraculous. We live in a world made from words, and it is filled with lemon-yellow tanagers, intricate columbine, and bugs that, when nudged, roll into armored balls. Is that less amazing that a world where the housework is finished with a wand? On the days when we’re folding laundry by hand, not magic, it seems so. But the best stories remind us of those moments when we first saw snow fall from the sky, and it seemed that anything could happen.

I must point out, of course, that not all fantasy stories are good or beautiful. But there are so many that point toward the beauty of our world, toward the beauty of order (sometimes by contrasting it with chaos), in a way that makes young readers hungry for the good and beautiful. This list features many of my favorites—the stories I reread every few years and share eagerly with my daughters. I hope you find a few new favorites here, too.

The Chronicles of Narnia, by C. S. Lewis

What better place to start a list of adventures than with The Chronicles of Narnia? This series has children all over the world tapping at the back of closets, hoping—just hoping—to reach Narnia. C.S. Lewis was adept at writing in a half dozen different literary genres, but he shines when writing for children. (Read the full review.)

This series begins with the story of Peter Nimble, a boy blinded as a baby when ravens pecked out his eyes. It continues with the story of Sophie Quire, a bookmender mending books in a city that burns nonsense. But this is not dark, heavy reading. There is exuberance here, and light and bravery and courage! There’s an enchanted horse-cat-knight and a vanished kingdom and a professor named Cake. (Read the full review.)

It is not a coincidence that one of J. K. Rowling’s favorite books landed on our shelves and became one of our favorites, too. In it, Maria Merryweather finds herself in the wonderful (and mysterious) valley surrounding Moonacre Manor. Adventure of the loveliest sort ensues. (Read the full review.)

The Hobbit, by J.R.R. Tolkien

This classic is the granddaddy of the fantasy genre. Bilbo Baggins—not merely “a” hobbit, but The Hobbit, the first hobbit—steps out his front door without a handkerchief and finds the world of Middle Earth far bigger than he expected. (Read the full review.)

See also: The Lord of the Rings, by J.R.R. Tolkien

Henry York discovers ninety-nine cupboards of varying sizes and shapes hidden under the plaster of his bedroom wall. Each door leads to a different place, including (but not limited to) Endor, Byzanthamum, Arizona. The first book in this trilogy is fun (and delightfully creepy); the second and third books are unforgettable. (Read the full review.)

See also: Anything else N. D. Wilson has ever written.

The Rise and Fall of Mount Majestic, by Jennifer Trafton

Quirky and charming, The Rise and Fall of Mount Majestic introduces us to Persimmony Smudge, the perfectly named heroine of Trafton’s adventure. When she learns that her island is in danger, she sets out to warn the other islanders, but they don’t believe her. (Can you blame them?) This is wonderful read-aloud for all ages. (Read the full review.)

See also: Henry and the Chalk Dragon, by Jennifer Trafton

The Redwall Series, by Brian Jacques

Sarah is currently at work on an “about me” book: you know, “I was born,” “I started school,” and so on. It may not surprise you to learn that “Lydia discovers Redwall” is one of the milestones she saw fit to include, as well as “I finished the Redwall series.” That’s a snapshot of our family’s affection for these books. (Read the full review.)

In a few short pages, Heather and Picket (both young bunnies) lose everything and find themselves adrift in a wood corrupted by war. Where will they go next? What will become of them? S.D. Smith tells a story that reads like a modern novel, but is, at its heart, an old-fashioned tale of honor, courage, and hope. There are five books in the series now (not pictured: The Last Archer and Ember Rising), but I’m behind on my reviews! Egad! (Read the full review.)

Where the Mountain Meets the Moon Trilogy, by Grace Lin

Grace Lin’s trilogy is a mixed media collage: fantasy, fairy tale, and historical fiction all overlap to create story infused with the colors, flavors, and textures of Lin’s Chinese and Taiiwanese heritage. These books are beautiful from the first page of the first book to the last page of the last one. (Read the full review.)

A Wrinkle in Time Quartet, by Madeliene L’Engle

I have reread A Wrinkle in Time every few years since I was in college, and there is a good reason for that. It’s a beautiful book, and the three subsequent books don’t disappoint. (The remaining four books do disappoint a bit, though. Alas.) (Read the full review.)

The Wilderking Trilogy, by Jonathan Rogers

Jonathan Rogers retells the story of King David, but in a swampy, fantastic setting, and he gets it just right. (It’s worth reading this trilogy just to meet Feechies.) These books also make a great introduction to fantasy for kids who are a bit sensitive, because they aren’t as intense as many other fantasy stories can be. And they are excellent. (Read the full review.)

If The Hobbit is one of the grand-daddies of the fantasy genre, then Harry Potter is the father of the genre as we know it today. J. K. Rowling’s series displays beautifully the contrast between a character who cultivates a mighty gift for good and one who exploits his gift for his own ends. And it does make one hungry for trifle. (Read the full review.)

Anne Ursu retells the story of the Snow Queen here, but in an inventive way. Her world is a dreamy, almost-creepy fairy-tale land that merges with the recognizable world in surprising ways. She also deals quietly with issues of divorce and cross-cultural adoption in this book. How one book manages to be all those things, I don’t know, but this one does and it’s beautiful. (Read the full review.)

The Wingfeather Saga, by Andrew Peterson

This series is one of my favorites. I cannot speak glowingly enough about it. Go forth and read all four books (and don’t forget to finish the feast with Wingfeather Tales!). (Read the full review.)