The Garden, the Curtain and the Cross | Carl Laferton 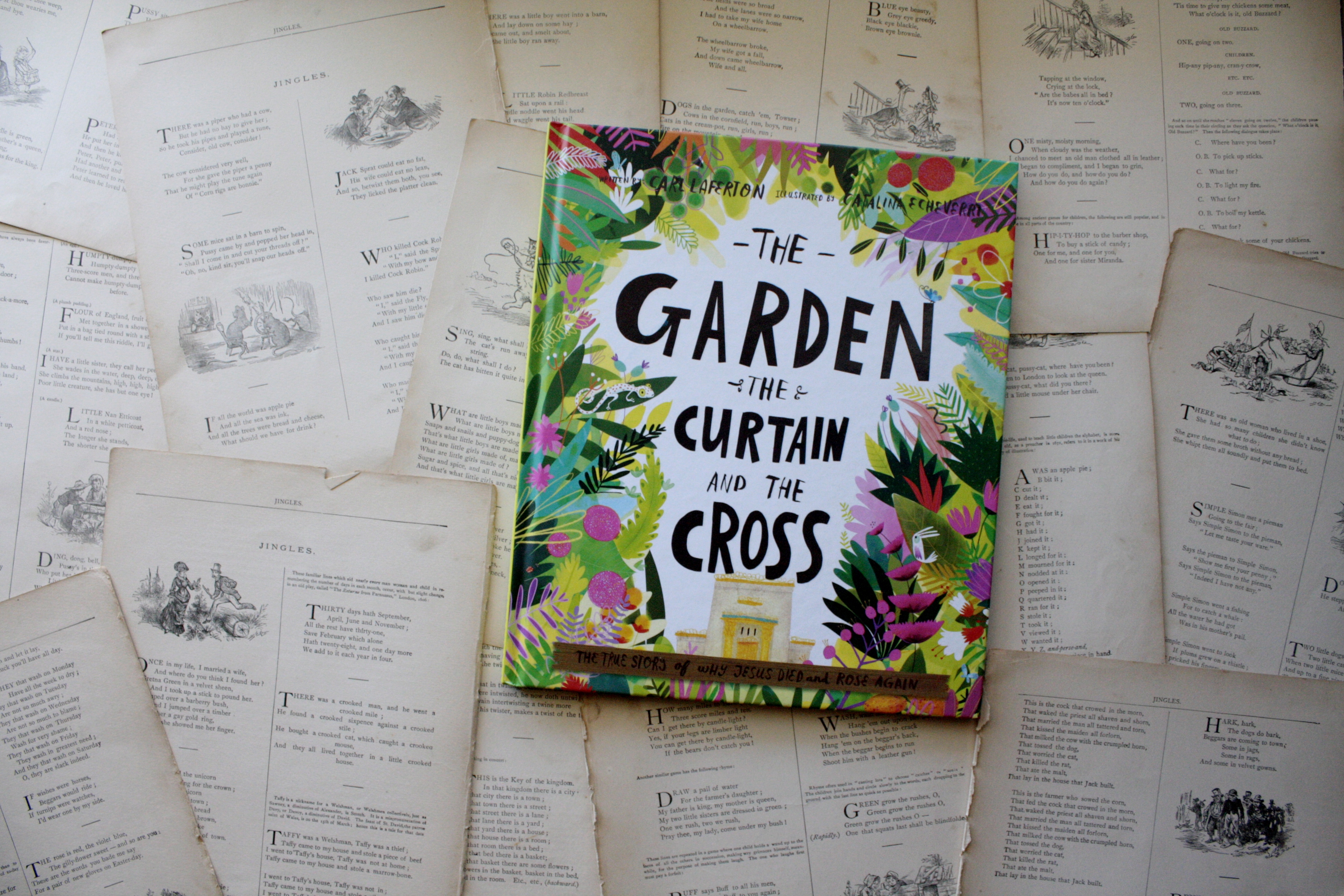 There are some trends I can’t get behind, like jeggings and cookie dough dip. But I do see a trend emerging that I can fully endorse: for a while, we’ve had some stellar story bibles that treat Scripture as one big story (The Jesus Storybook Bible; The Big Picture Story Bible), but lately, I’ve noticed more and more picture books that try to capture some aspect of Scripture’s big story. Some tackle the entire arc of Scripture (The Biggest Story); others focus on a few crucial books of the Bible (Miracle Man).

These have, so far, been beautifully illustrated. And so far, they’ve all been awesome.

The Garden, the Curtain and the Cross is another stunning example of a book that distills the big story of Scripture down into a potent dozen or so pages, so kids can read through the main arc of Scripture’s story in one sitting. Carl Laferton uses the curtain that separated the Israelites from the Holy of Holies, the part of the temple where God lived, to illustrate the effect that the Fall had on our relationship with God. Throughout the book, a simple refrain crops up:

Aided by Catalina Echeverri’s colorful illustrations, Laferton explains how that separation happened (the garden), what it was like while it lasted (the curtain), and how it ended (the Cross).

On my first read-through, though, I must confess that I thought the story has been simplified a little too much. But when I reached the end and saw what Laferton had been building toward, I realized that, no, that simplicity was just right. And when I read it aloud to my daughters, the story came alive.

Like an unresolved chord, that refrain hangs unfinished throughout the story, until the last note—the note of Christ’s suffering on our behalf—joins in:

Because of your sin, you can’t come in,
but I died on the cross to take your sin . . .
So all my friends can now come in!

The Garden, the Curtain and the Cross
Carl Laferton, Catalina Echeverri (2016)