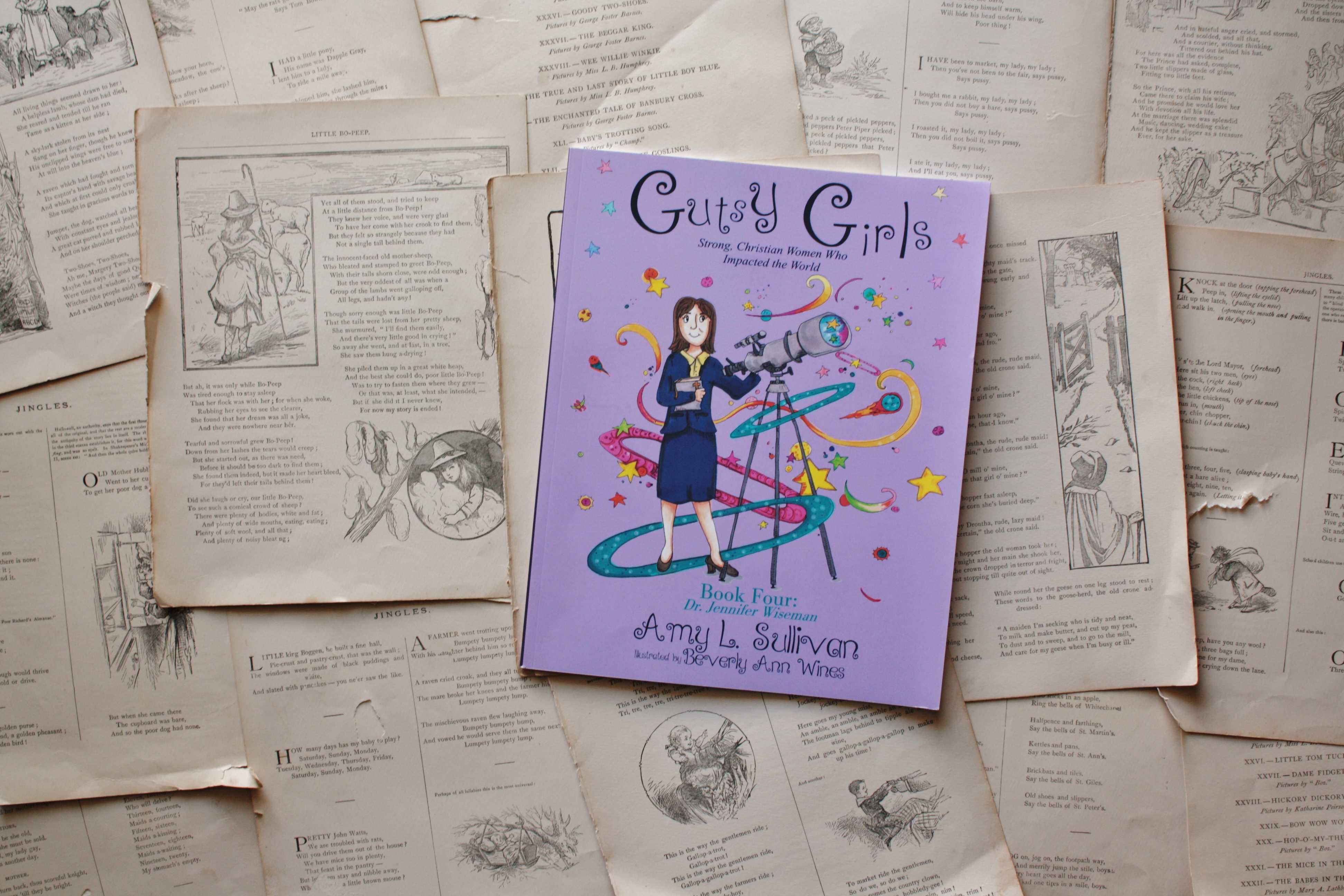 In ninth grade, I decided that I wasn’t a science person. Most of the other decisions I made that year— “dog chains are a great way to hold your wallet in place,” for example, or “Shirley Manson is everything I want to be when I grow up”—I eventually discarded.

But the science one stuck. We spent a lot of time listening to lectures that year. We watched the teacher diagram things on the board and peeked through microscopes a few times. We dissected frogs. But for the most part, we explored the world around us and the way it worked by sitting in our desks, being told about it.

I left class, my wallet firmly in place and my hair crimson, and thought, “Nope. Not my thing.”

But this year, while learning how to teach my own daughters to study and explore the world around us, it became my thing. The moth under our porch light with its lace-like wings, the frills and whorls of a snapdragon, the snail’s polka-dotted track—we notice these things now, so much so that our need to stop and study and touch what we see has made us all a bit like toddlers.

But of all the things we studied this year, my favorite was the stars. Learning the basic alphabet of astronomy opened my eyes to what has always been plainly written in the sky: God’s handiwork is vast, intricate, beautiful. We are but one beloved part of it.

“The heavens declare the glory of God,and the sky above proclaims his handiwork.” (Psalm 19:1)

Dr. Jennifer Wiseman has known for years what I am just learning now: all of creation sings God’s praises; evidence of his attention and provision is everywhere. As an astronomer for NASA, she works with the Hubble Space Telescope, exploring the galaxy far beyond what we can see with our naked eyes. But in this newest volume of Amy Sullivan’s Gutsy Girls series, Sullivan depicts Wiseman first as a child who loved exploring the creatures in her backyard, marveling at the Creator of the turtle’s shell and the water strider’s legs. These small discoveries led to bigger ones, including a comet now named for Dr. Wiseman and a colleague.

While the rest of the Gutsy Girls series focuses on well-known women from church history (Gladys Aylward, Corrie ten Boom, and Fanny Crosby), this newest volume is different in a few respects: Dr. Wiseman is not a figure from church history (yet), but a living woman. Her work as an astrophysicist isn’t what most would consider missions work, yet she works among many who consider science and faith incompatible and argues graciously that they are, in fact, deeply compatible. What we learn from scientific study isn’t meant to refute or prove God’s existence but to teach us more about him.

In that light, we are all science people. We are meant to learn more about our Creator wherever we are, whatever bit of creation is before us. Creation speaks eloquently of his nature. We have but to listen.