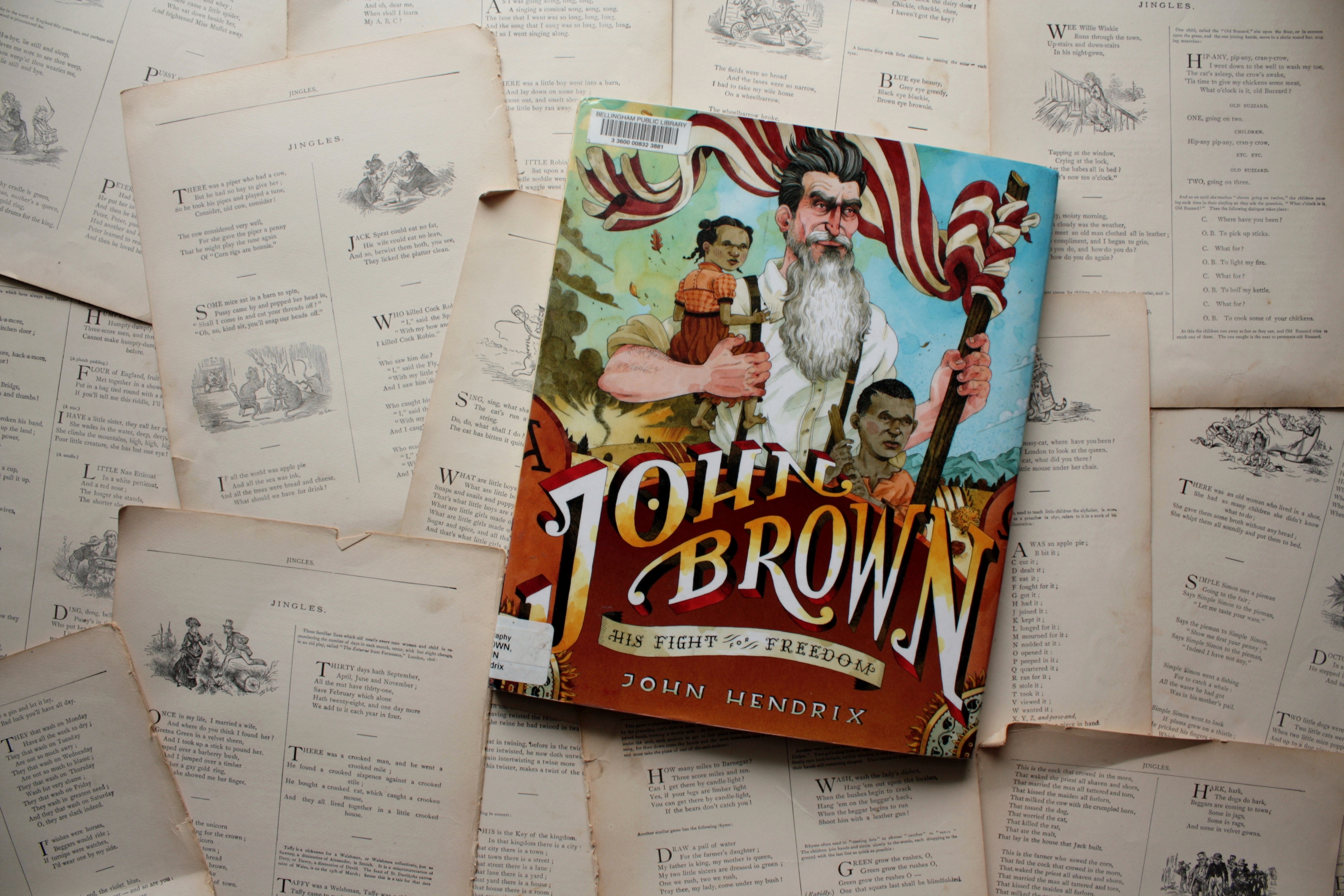 I knew two things about this book when I grabbed it off the library shelf:

I learned a lot more about both Johns when I got home. John Brown was controversial—I was right about that. As a white abolitionist living when the tide was turning, yet hadn’t fully turned, against slavery, John Brown took up arms and fought to bring slavery to an end. He loved the Lord and saw violence as a way to bring a great grief to an end. His raid on a federal armory in the town of Harper’s Ferry was distastrous and led to his capture and execution.

He is not an obvious hero.

But John Hendrix treats his story well, neither glorifying Brown’s call to violence, nor underplaying Brown’s passion and love for those enslaved. Here was a man who saw injustice and said not, “Somebody should do something about that,” but “Something must be done”—and then did something about it.

I try to keep my daughters’ shelves stocked with stories of heroes—people who trusted the Lord through difficult circumstances, yes, but also figures from history whose stories are worth telling and retelling. John Brown fits almost into both of those categories, but his story is not a clear success and that is, I think, one of its merits. We have to think about this story: Was he right to wage an actual war against slavery? Did he, in the end, accomplish what he set out to do? How was he changed by the events at Harper’s Ferry?

There is no setting this book down and thinking, Well, that was nice. John Hendrix’s words as well as his illustrations push the reader into deeper study, and his author’s note at the end of the book gives an interesting glimpse into what drew him to write about John Brown:

“John was a devout believer in Christianity. He used the Bible’s words—that men are loved and valuable to God—as a holy plumb line. When he held this truth up against the crooked world, he knew things should be different. I was astonished to read about John’s belief that black people should not just be free but equal, which was an idea far outside mainstream abolitionism in the antebellum United States. His passion for freedom was undisputed. Frederick Douglass said of John Brown: ‘His zeal in the cause of my race was greater than mine. I could live for the slave, but he could die for him.'”

Those are powerful words about a man who, in the end, did just that: he loved and laid down his life for his neighbors.