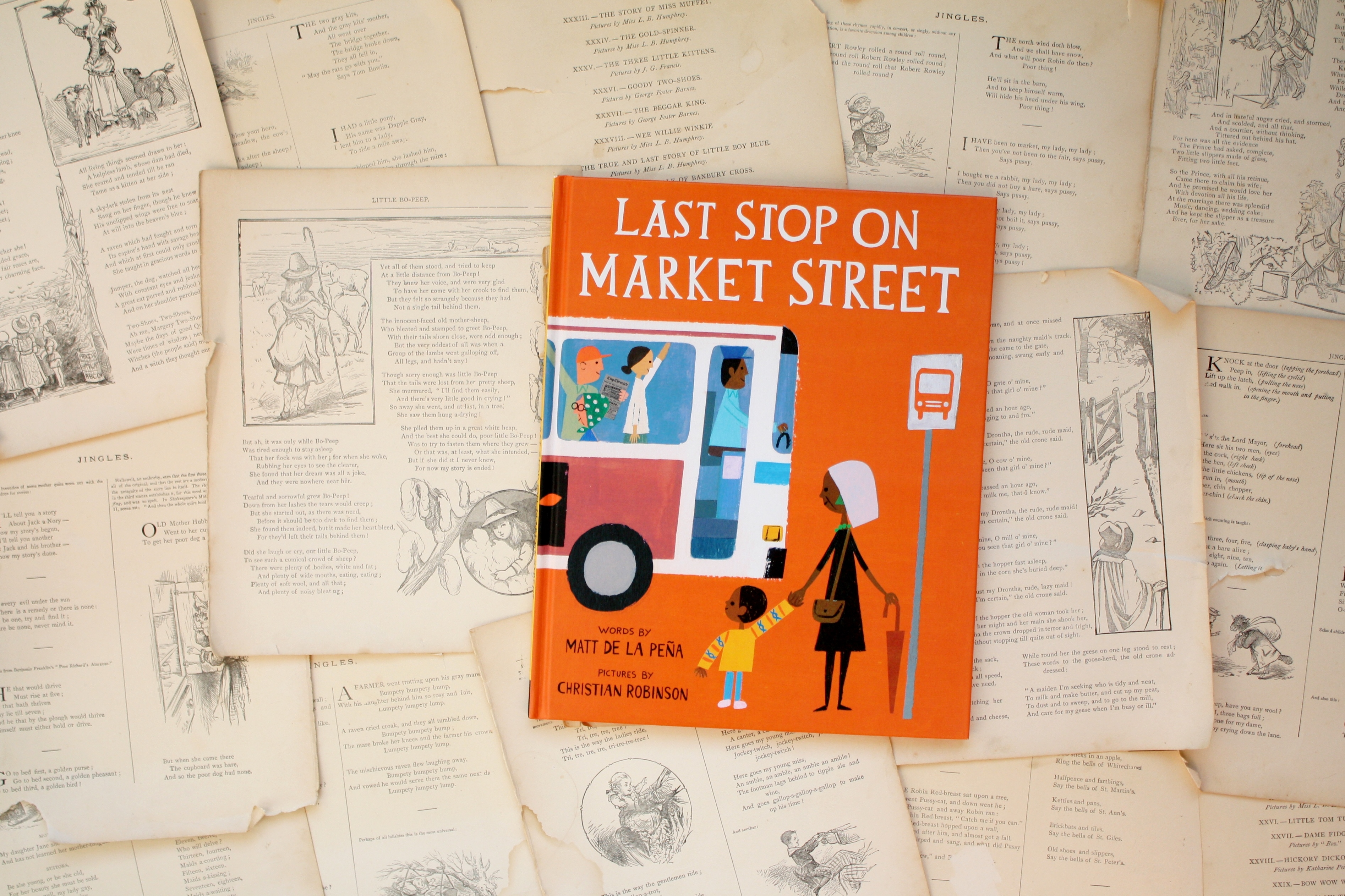 Not only has this book been in the world for a while, winning awards and such, but it has also been on our shelves for a while. And I’m sure I had read it to someone before; I know I had read it to myself. But recently, Phoebe and I snuggled on the couch with this book spread across both our knees, and the pinball struck home: the story sunk in, and I came back to it after the girls were in bed, to read it again on my own.

Last Stop on Market Street, if you haven’t read it yet (though you probably have), follows a young boy and his grandmother as they ride the bus through their town. We see them leave church in the beginning of the book, but until the last pages, we don’t know where they’re going. The boy grumbles the way we all often do: Why do they have to ride the bus? Other people have cars. Why doesn’t he have a phone? Those big kids do.

But the way his grandmother answers his questions unhooks his eyes from fleeting pleasures and fixes them on the pleasures before him: You don’t need little music threaded through earbuds—you’ve got live music right here. Your poor friends in their cars—they miss meeting all the people here on the bus. They’re poorer for it.

There are lots of books out there about gratitude, but this one shows us what it looks like. I want to have eyes, like the grandmother’s, that see gifts in the most unlikely things. I want to remember that I am owed nothing, but have been given much.

When we learn where the boy and his grandmother are headed, it makes sense. For a woman who sees the world the way this one does, her gratitude must overflow into kindness.