What is the Big Story? 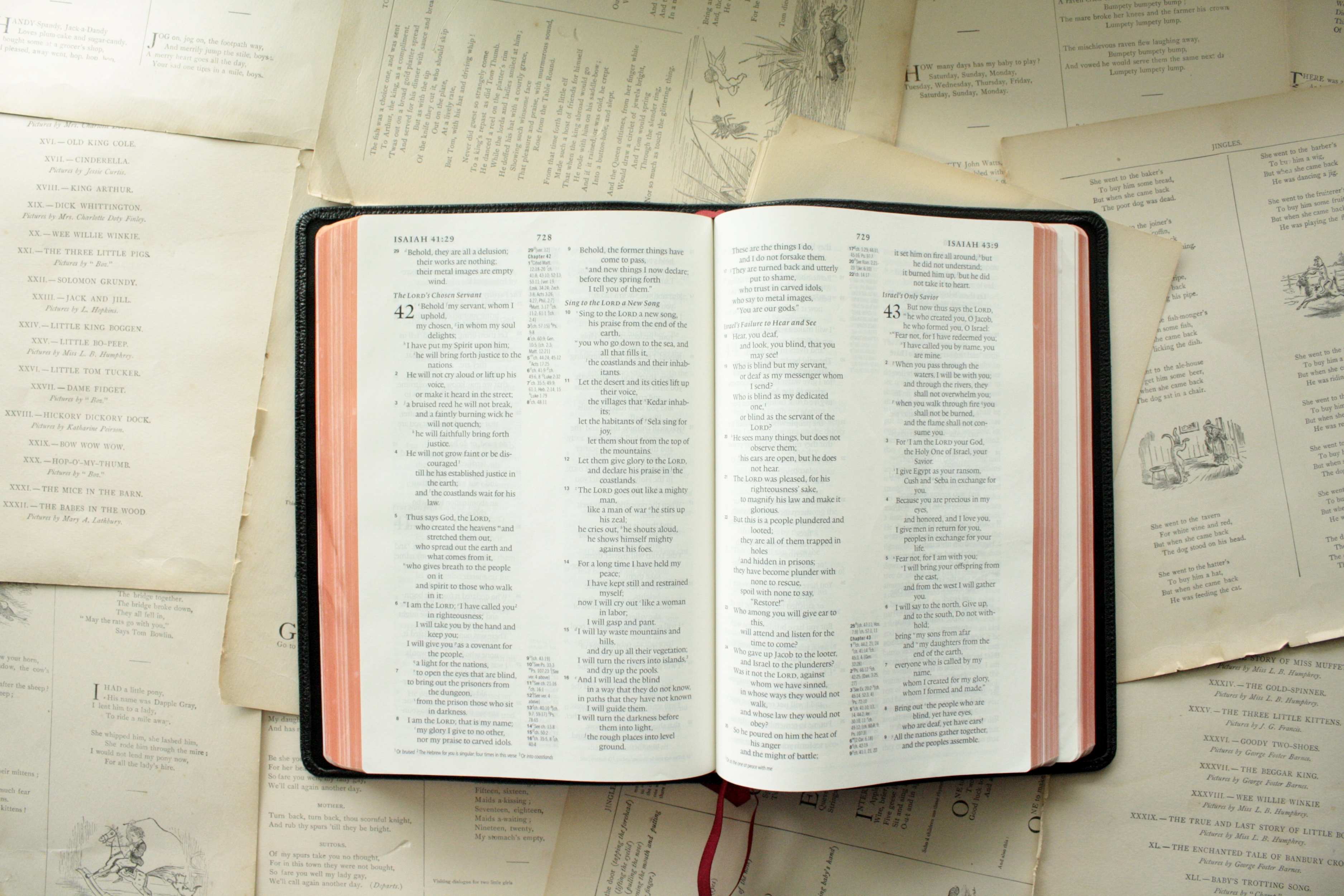 We want our children to know and believe the one good story. Every other story is a copy or shadow of this one. Some copies are quite good and shout the truth. Others speak only the faintest whisper of it or, by its absence, remind us of the truth. We want our kids to know the one good story so well that when they see Luke Skywalker, Harry Potter, Frodo, Anne of Green Gables, Ariel or Sleeping Beauty, they can recognize the strands of truth and deception in them.

– Elyse Fitzpatrick, Give Them Grace

This blog is all about little books that tell a big story. The little books are obvious, but what is the “big story”? Well, my friends, it goes a little something like this:

This story is about a God—a perfect God, who has always been and always will be—who created a world in which every mud puddle and odd animal, every songbird and sea reflected his glory. As the last and best thing, he created Man and Woman and lived with them in a garden.

But into that garden snuck a serpent, who lied to the woman. It was bad enough that a lie should come into that lovely place, but still worse was the fact that it fell upon trusting ears: both the man and the woman believed the serpent over God. They doubted God’s goodness. They ate of the only tree whose fruit he had forbidden, and their disobedience brought sin and sickness and sorrow and lonliness into the world. Their disobedience brought death.

Death would come for the man and the woman, and it would come slowly, heralded by the creaking joints and gradual decay of old age. But the death they truly deserved—the one that justice required—would never come, because God had a plan to fix what they had broken. To protect them, God sent them away from the garden, but he sent them with a promise: their exile would not last forever. It would take time to mend his world and the mending would cost him more than anyone, but he promised he would come for them.

For years, God laid the groundwork with parted seas and prophecies, until finally, all was ready. But when the time came, God didn’t arrive as a ruling king or a loving creator (though he is both of those things): he came as a baby born in a miraculous way, helpless and blind like any newborn. He played in the shavings of his father’s carpentry shop; he learned to speak. He lived in the midst of a family. He suffered loss, temptation, and weakness. He got sick. But he never sinned.

When he was grown, he traveled the countryside preaching things that ignited hearts to joy or fury until finally the men who opposed him caught, convicted and killed him.

When he died, the men who killed him thought they had silenced him at last, but theirs was a small triumph and short-lived, for three days later this man rose from the dead, perfected. Again, he went about preaching the stuff of fire and joy until he ascended at last into heaven, where he is even now, awaiting his time to return. He left behind him a changed world, where death is no longer a final black period followed by a blank page but “Chapter One of the Great Story which no one on earth has read: which goes on for ever: in which every chapter is better than the one before” (C. S. Lewis, The Last Battle).

This is a beautiful story. But why is it “The Big Story”? Because it is about him—the one, good God. And because it is true. Every other truly good story reflects this story, borrows bits of it that resonate with us deeply: one day, the King will come home. The people will be restored. The gift that was thrown away, broken, will be bought back at a terrible price. “Our hearts were made for Gospel stories” (Paul Miller, A Loving Life).

We are a part of this story, you and me. We haven’t reach the end of it yet, but the end is written and it is a happy one. He is knocking at the door even now, fully aware that the house inside is dark and untidy. But he waits patiently because he wants to be the one to set things right.

Will you let him in?