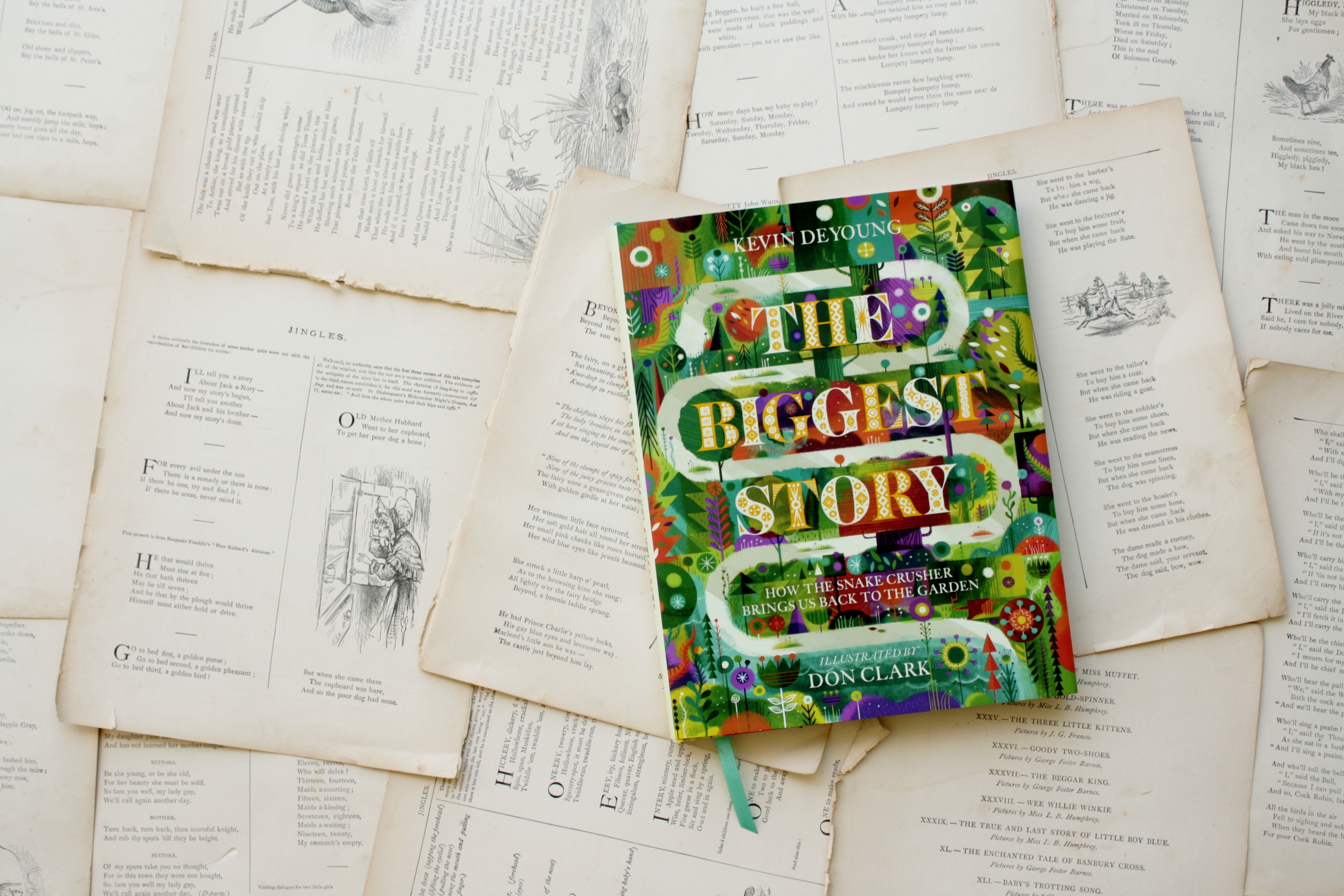 Every now and then an author best known for writing nonfiction tries their hand at writing for children. Sometimes it works. Sometimes it doesn’t.

Authors accustomed to writing for adults sometimes think that writing for children means “say it slowly and simply” and so they distill big concepts down into pre-digested bits. Madeleine L’Engle thought differently. In Walking On Water, she wrote,

When I am grappling with ideas which are radical enough to upset grown-ups, then I am likely to put these ideas into a story which will be marketed for children, because children understand what their parents have rejected and forgotten.”

The best authors understand this, whether they make it their business to write specifically for children or not.

But Kevin DeYoung gets this. The language in his first book for children is simple, but the story is grand: in the “Note to Parents,” he shares that the book began as a sermon series shared with his whole congregation, not as a Sunday school lesson aimed at kids. He acknowledges that some of the images and allusions will be difficult for children and parents to grasp, but he doesn’t apologize for it.

Instead he aims high and presents a book that is not based on a particular Bible story, nor is it a story bible. What it is, I suppose, is a picture book about the entire Bible. DeYoung breaks the story into chapters and covers many of the best-known Bible stories, but he shows how they each have a place in the story that the Lord is, even now, unfolding.

The illustrations in this book deserve extra praise: Don Clark’s work is phenomenal. Every page is gorgeous—beautifully designed and vividly illustrated—but I want to give him extra credit for illustrating some of the more abstract elements of Scripture in a way that is striking. Take, for example, the picture of the world after the entrance of sin:

Or this one of the Resurrection:

His renditions of familiar stories give the stories new life. Look at his interpretation of David and Goliath:

And of the Nativity:

But while the addition of a book so beautiful in both form and content to our family’s library is something to celebrate, the real celebration at our house this week is in honor of Sarah, who has gone from this . . .

in what feels like a matter of moments. Don’t tell her yet, but this book is one of her gifts! We’ll celebrate her birthday by eating ice cream sundaes in our pajamas, riding bikes crazily around the block, making pancakes and mac-and-cheese, curling up on the couch and reading book after book after book—in other words, living the dream life of this particular five-year-old. It’ll be great.

I know there are a variety of opinions out there on how Jesus should be depicted in illustrated books, and this book deals with that subject gracefully. The Spirit is shown as a dove and God the Father as a blazing light, while Jesus remains compellingly just off stage. Whatever your convictions, this book should suit them.