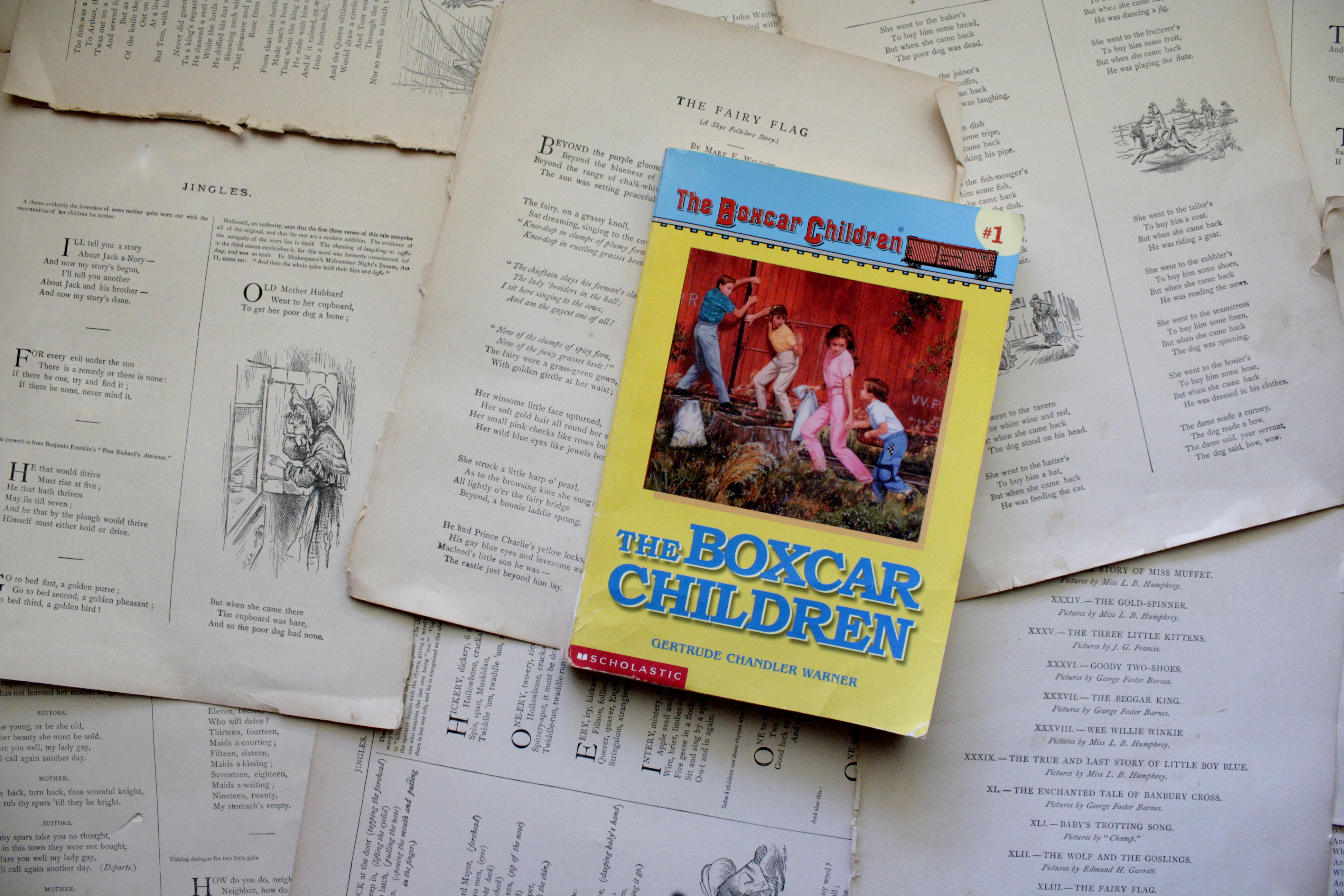 My brother was whoever I told him to be when we played “Boxcar Children” under the great, drooping tree beside our house (I was usually Jessie, but sometimes Violet). I read the whole series ravenously as a child, but was reluctant to pick them up again as an adult, in part because the books in the series have cheesy covers, but mostly because there are, frankly, so many of them. (Always be suspicious of very long series: its rare that an author can tell a good story over the course of thirty or more books that all have the word “mystery” in the title.) I suppose I worried that the books just wouldn’t be as wonderful as I remembered.

In a way, I was right. The later books are watered down, having been handed over to ghost writers (note the “Created By” on the cover) after the nineteenth book. Those writers also inexplicably removed the characters from their original time period—in the 1920s or ’30s—and plunked them into the 1990s (scrunchies and all), an unpardonable offense.

However (and that is an emphatic “however”), the very first book, the original Boxcar Children, is lovely. I gave it another try after seeing it listed on an excellent reading list featured on The Gospel Coalition, and the sweetness of the book enchanted me all over again. After the iconic opening sentences, “One warm night four children stood in front of a bakery. No one knew them. No one knew where they had come from,” the story of four children, aged five to fourteen, learning to take care of themselves after the death of their parents, unfolds gently as the children set up a new home in an abandoned boxcar in the woods. They eat berries and cook stew over an open fire and take care of one another in a way that is enchanting to children and beautiful to parents.

Perhaps this is an example of a story that should have been left alone to be its own story, rather than turned into a series that is still, to this day, going strong. But I suppose that part of the appeal of The Boxcar Children as a series is it works well for a variety of age levels: after Lydia and I read the original story, she set her sights on the subsequent books in the series (which I skim through on my own, but let her read for herself), while Sarah and I curl up on the couch together and read aloud from The Boxcar Children. Lydia announced recently that she has changed her name from Mary to Jessie. Sarah is still Anna from Frozen, but her dolls are now Henry and Violet. In the end, this was a childhood favorite well worth revisiting.