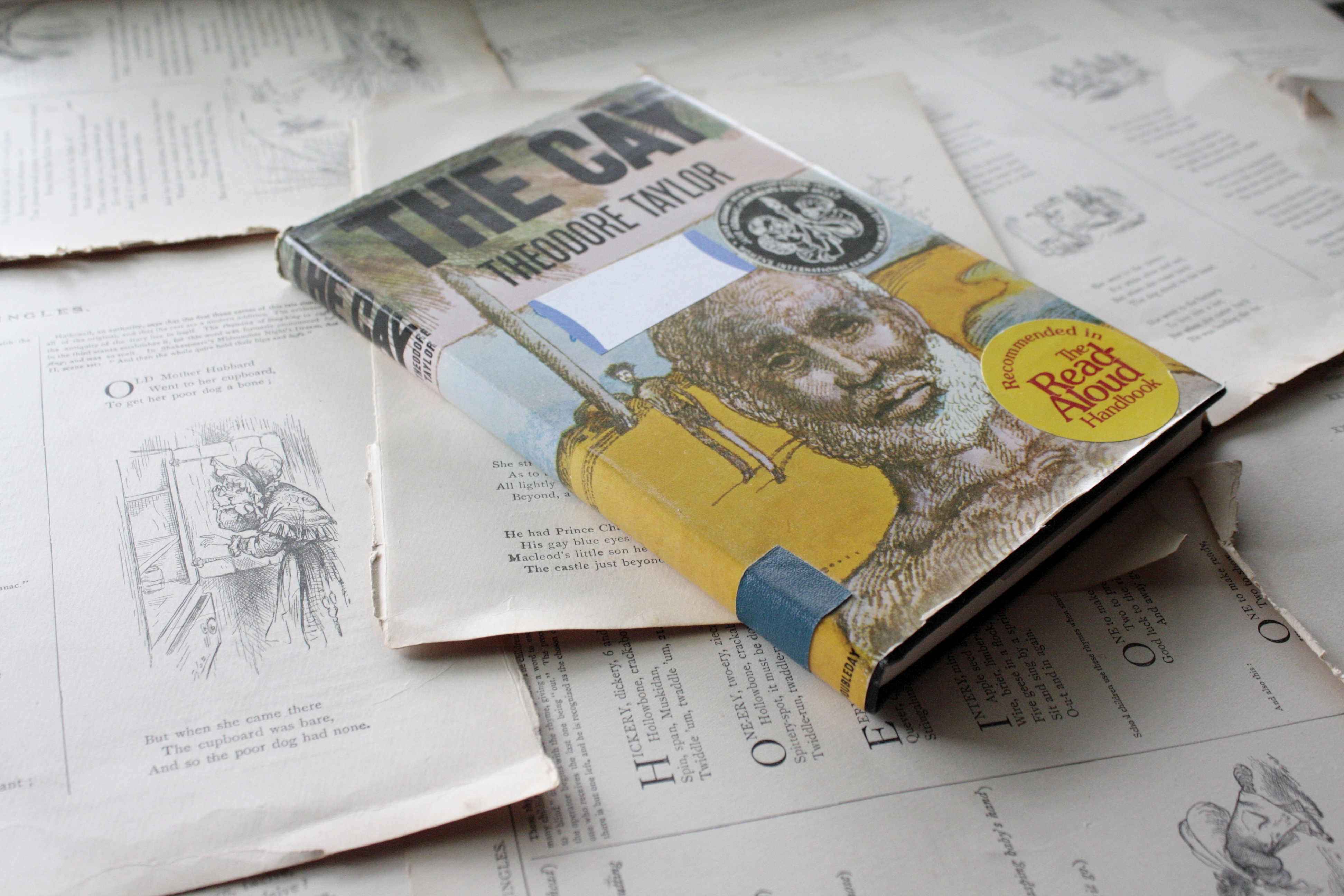 I have few specific memories of my time in Mr. Gosda’s eighth grade class: learning to french braid my hair by watching Amanda, the girl seated in front of me, braid her own hair during Social Studies;  being sent to the hall for one of the only times in my academic career (I don’t remember why); snickering over certain dated words in something by Mark Twain.

What I don’t remember, though, is reading The Cay. At least, I didn’t remember reading it until I picked it up a few weeks ago and found myself a few chapters in, with a half-formed sense of familiarity flickering in the back of my mind. One would have thought it would be memorable, though. It certainly is rich.

Theodore Taylor addresses a big issue—racism—by stripping everything away from the main character, Philip, and dropping him onto an island in the Caribbean with Timothy, a native man who cares for Philip in a strong, lasting way that flies in the face of everything Philip expected from “black people.”

The Cay is plainly written, but it is not the language that makes it beautiful: the story itself, unfolded little by little, gives such a clear picture of sacrificial love that the imagery of the Gospel is right there at the surface, vivid and startling. I realize that there has been some controversy over the character of Timothy in this book, but I found him incredibly strong and willing to love this strange, broken boy in a way that few men (of any color) could do.

This is clearly one of those books that I had to come back to as an adult before I could appreciate it fully, but then, some books have the gift of meeting us in different ways at different times in our lives, which is why I am a huge fan of rereading the books I was assigned in school. Those books tend to be better when I reread them through the lens of adulthood and for the sake of enjoyment, not obligation (“tend to be,” yes, but they aren’t always. A Separate Peace wasn’t). A good author—and Theodore Taylor is a good author—appeals to grown-ups as well as children, though he reaches them in different ways.