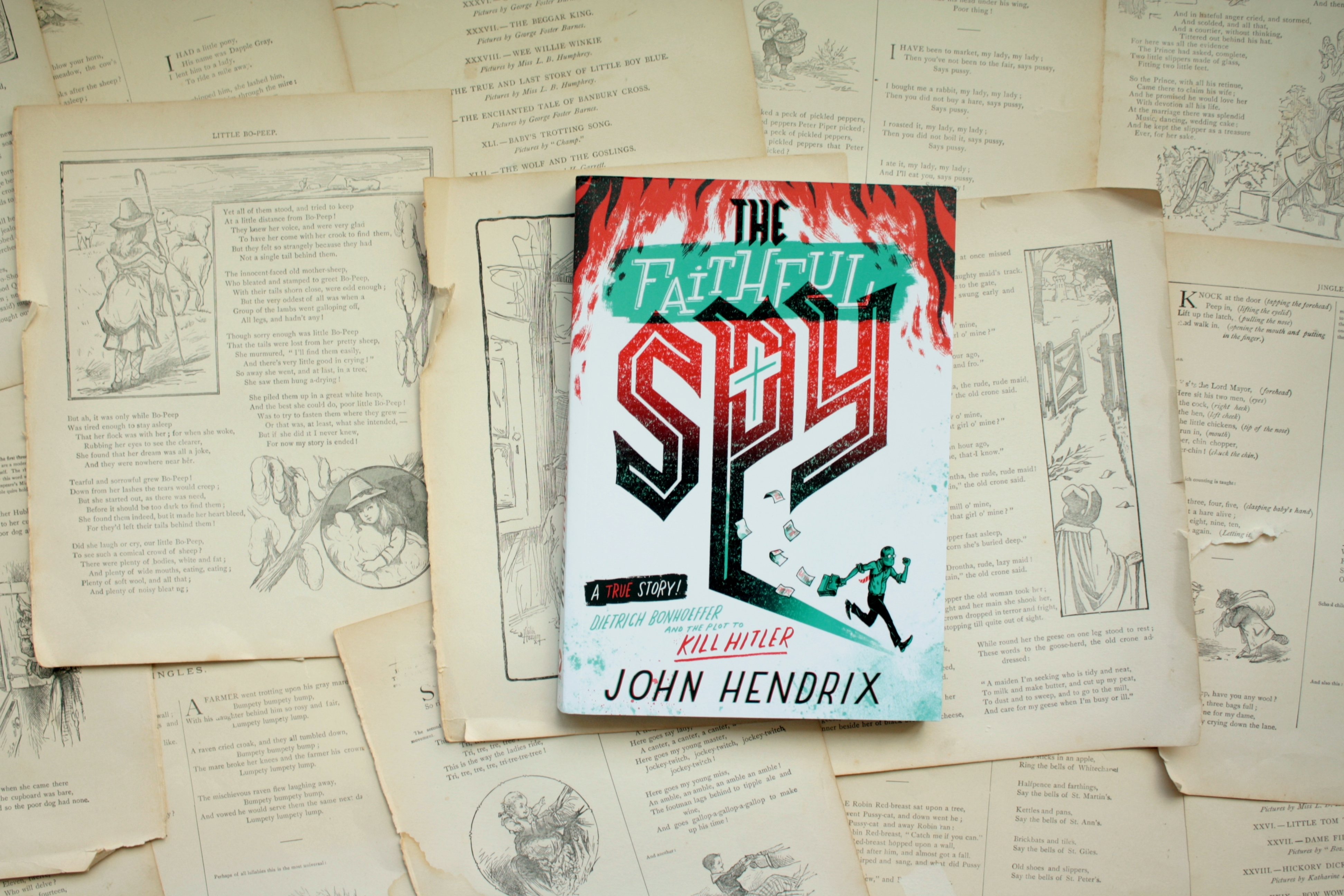 My seventh grade teacher collected ugly ties. On the first day of class—my very first day of junior high—he thumped a stubborn projector hard on one side. The light switched on, but the glass across the top spider-webbed with fissures.

That was the year I learned about the Holocaust. We probably read books about it; I’m sure we held discussions or listened to lectures, or something. But what I remember most—what I remember vividly to this day—was watching the film Escape From Sobibor. That was my introduction to the concentration camps, the gas chambers, the murder of babies, those images of discarded, emaciated bodies.

Was I ready for it? No. Emphatically not. But as upsetting as that movie was, I can appreciate now what my teacher was doing. He knew, I think, that we didn’t need to hear about it—we needed to see it. We needed to move the Holocaust away from the white board and into our imaginations, horrifying as that process was.

John Hendrix’s biography of Dietrich Bonhoeffer makes a similar leap from the theoretical to the visual. In The Faithful Spy, he doesn’t simply tell us about Bonhoeffer but, through his striking illustrations and hand-lettered text, he shows us Bonhoeffer’s life during the rise of the Third Reich. Bonhoeffer is a complex figure—a Christian who risked his life for others, but who also worked as a spy for a German resistance group and was eventually martyred for his role in a plot to kill Hitler.

But The Faithful Spy also tells the story of the German Resistance. In his introduction, Hendrix writes:

“Desperate for leadership, the German people were led like rats to the edge of the cliff by a diabolical Pied Piper. But not all fell for the seduction. Dietrich was but one man among many hundreds of patriotic Germans (including prominent preachers, military generals, and politicians) who saw the Nazis for what they truly were and fought back. They fought with words at first, but eventually they fought with actions.”

Through the story of Bonhoeffer, Hendrix introduces us to a greater story of the faithful Germans who recognized the dangers of “the Nazi war machine” and, in far too many cases, gave their lives to fight it. Dietrich Bonhoeffer is perhaps the best-known of them all, but I appreciated Hendrix’s reminder that Bonhoeffer was part of a network, part of a full-fledged resistance.

Though far less disturbing than Escape From Sobibor, John Hendrix’s The Faithful Spy uses words and images to move a story of the war from the whiteboard to the imagination. Through Hendrix’s art and storytelling, Bonhoeffer’s story takes on an unforgettable dimension, and we see him not as a black-and-white photograph surrounded by text, but as a living man with doubts and fears and faith in a God who slays giants.

Does John Hendrix’s name sound familiar? It should! He also wrote and illustrated one of my all-time favorite picture books, Miracle Man, as well as many other excellent books.

The Faithful Spy: Dietrich Bonhoeffer and the Plot to Kill Hitler
John Hendrix (2018)