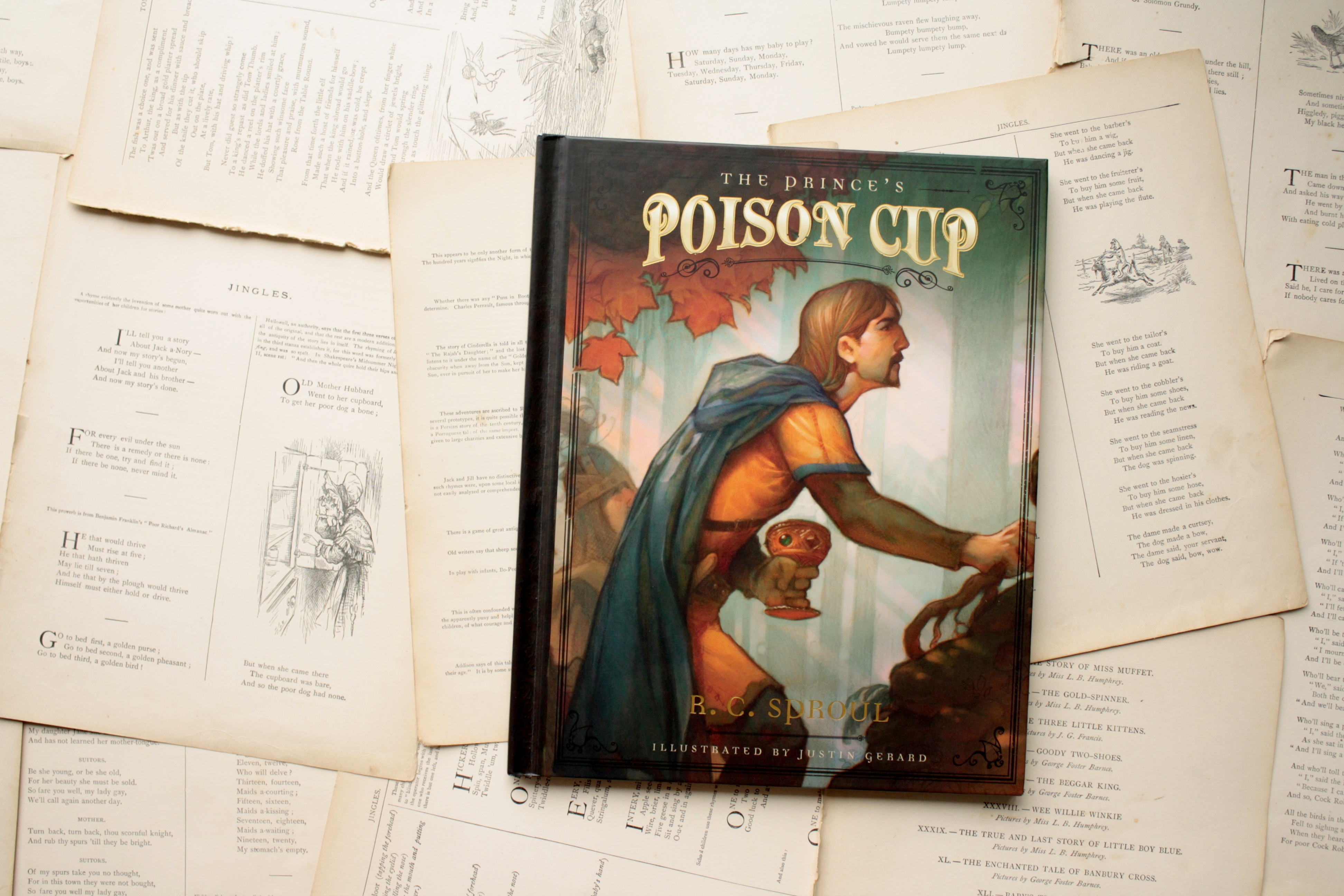 My daughter once told me, “When I’m at a friend’s house, I go straight for the books.” I loved this, because I do that, too: when invited to a friend’s house for the first time, I gravitate toward the bookshelf (especially if they have bookshelves, plural), and scan the spines for familiar titles.

I know that friendship will come easily when I see certain books lining their shelves, or better yet, when this new friend follows me to the bookshelf, leans over my shoulder and says, “You like that one? Then you have to read this.” Before I know it, my arms are full of new books.

I met The Prince’s Poison Cup at a just such a new friend’s house. As we chatted, I flipped it open carelessly and found myself confronted with an illustration so beautiful that it moved me to tears at once: a father, a king, holding his son in the deepest of embraces, both of them radiant with light.

I didn’t care what the book was about—we needed our very own copy. And when we did get our copy, I found that it was an allegory of quality and depth, written around the verse, “Shall I not drink the cup that the Father has given me?” (John 18:11b). R. C. Sproul puts his Bible knowledge to good use as he weaves the gospel through this story of a prince who rescued his Father’s people by . . . but wait. I won’t give the story away.

I will tell you that Justin Gerard’s illustrations do more than display the story—they interact with it, advancing the plot in beautiful double spreads. This is a story that will appeal to heroic little boys, but that has also captured the hearts of my girly girls, perhaps because it is full of the elements of the Best Story Ever (you know the one).