For Such a Time as This | Angie Smith 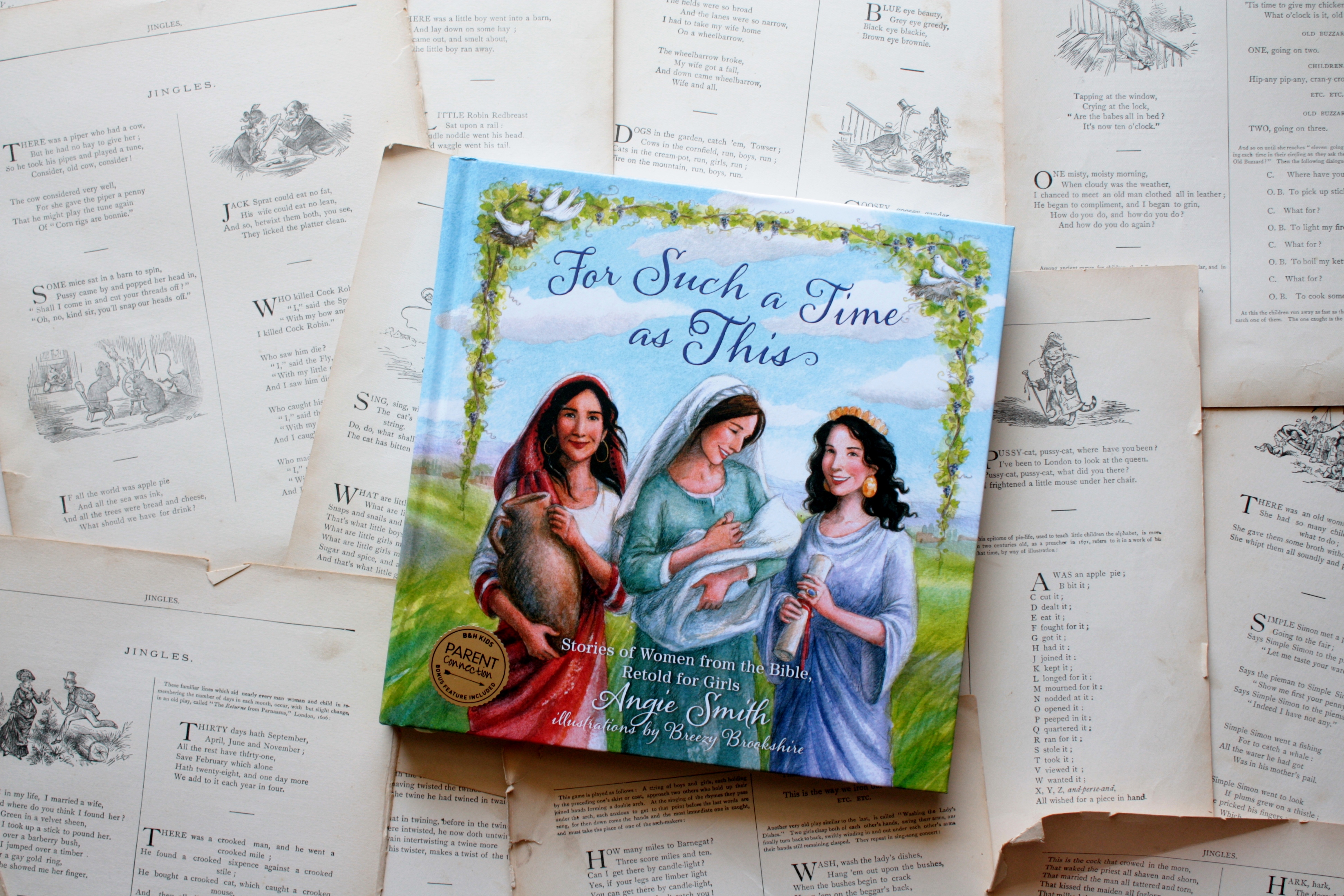 After reading a picture book that praised Eve for standing her ground against God, I almost abandoned my quest. But the stories of so many women are sown quietly throughout Scripture—I loved the idea of compiling those stories. I loved the idea of reminding our daughters, in a time when Paul is derided as a misogynist and the question of women’s roles in church is hotly debated, that they have a treasured place in God’s Great Story.

Moses led the Israelites out of Egypt, but his mother, sister, and midwife shielded the infant Moses from Pharaoh’s wrath. Israel fell into fragments, yet God used one Moabite woman to sew redemption into Israel’s tapestry. Jesus was carried, labored over, and nursed by a woman. Women were the first to receive news of Jesus’ Resurrection, the first to see him raised. Surely some author has told all of those stories in an honest yet beautiful way—right? One that steers clear of the “bad girls of the Bible” motif?

Yes. The answer is yes. Angie Smith did it, and she did it well.

For Such a Time as This is an anthology of stories about the women of Scripture, and there are more stories in it than I thought possible: Mary and Sarah and Esther each have their own chapter. Ruth does, too, of course. But Gomer is included, and Delilah and Jezebel and Sapphira. Smith does not shy away from the less savory characters of Scripture, but even in their stories finds the beauty of the gospel pricking through the soot and grime. She approaches each one from a gracious angle, asking not “What does this story say about me?” but “What does it say about God that he would graft this figure into his family tree, that he would use this figure to accomplish mighty things despite her brokenness?”

Breezy Brookshire’s illustrations get the tension of that question just right: her fluid, glowing watercolors are punctuated by understated pencil drawings. By interweaving those two mediums, she captures the tension of our sin and God’s grace in a luminous way.

For Such a Time as This is, I suppose, a selective story Bible. Because it focuses on the women of Scripture, it is not comprehensive. But it is also a devotional: each story ends with a section for young girls to read alone or with parents, as well as a prayer that parents can pray together for their daughters. This book quickly became a favorite for our family. We read it together and delighted in the stories, and now I find the book tucked under my daughter’s pillow. I find tracings of Esther scattered around her room. And I am thankful that she’s taking these stories to heart—may she love the Author as much as she loves his Story.

For Such a Time as This
Angie Smith, Breezy Brookshire (2014)