Just Because You’re Mine | Sally Lloyd-Jones 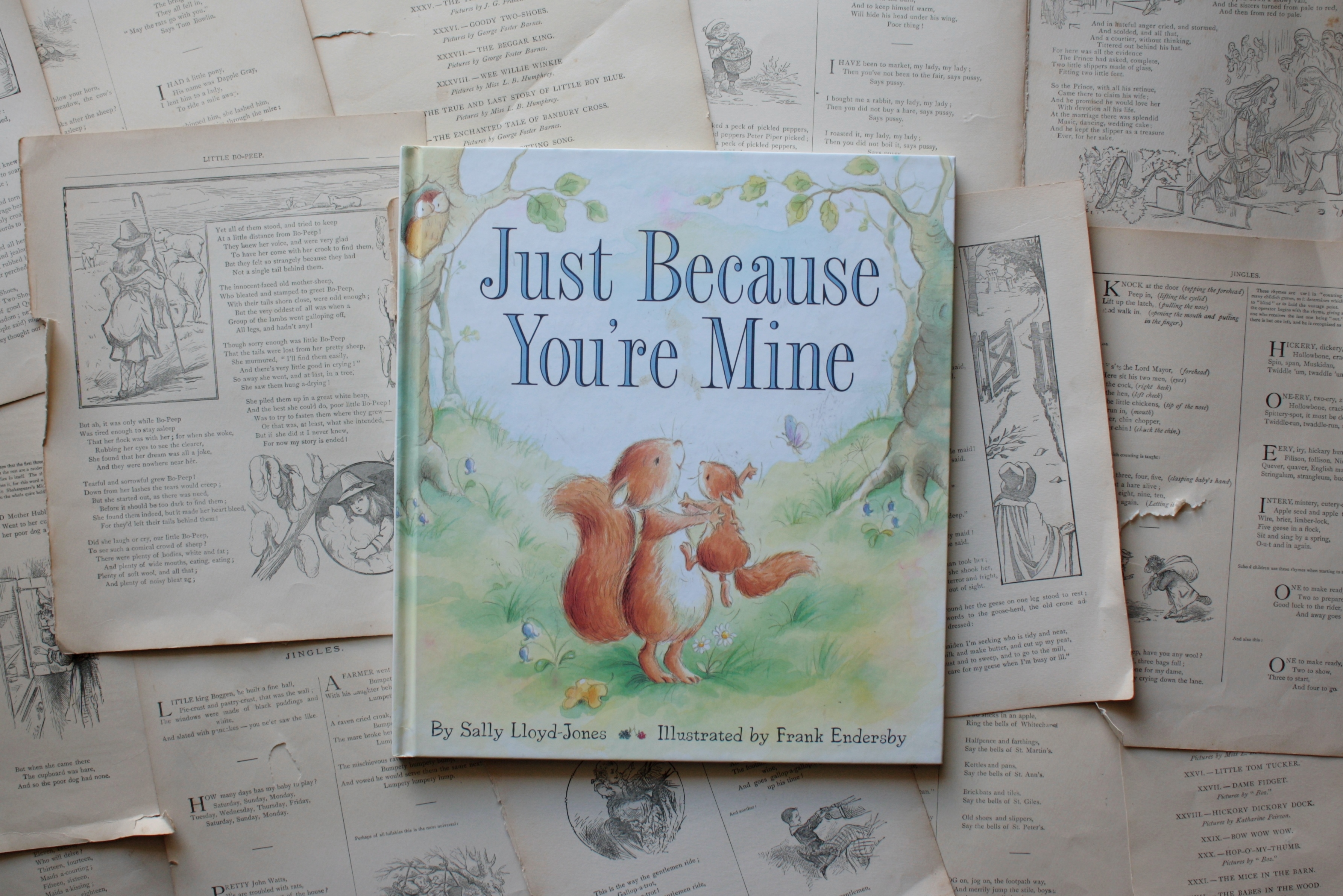 Of all the books I’ve bought just because they have Sally Lloyd-Jones‘ name on them, this one has grown on me slowest. But when I say “slowest,” I don’t mean that I ever didn’t like it. I have loved this book since we bought it years ago. But I didn’t immediately draft a review of it or buy copies to give as gifts. What I did instead was read and re-read it to my daughters and love it with them.

“Is it because of my Super-Fast Running?” Little Red Squirrel asks. “Because of my High Climbing?”

The story follows this rhythm of question-and-answer, building gently as his father answers each question with: “You can climb high (and so on), but that’s not why I love you.”

By the end, when his father tells Little Red Squirrel why, precisely, he does love his son, the moment is deeply satisfying, as though the only response to his answer is, “Oh, of course.” It feels like the story couldn’t end any other way.

Just Because You’re Mine is a beautiful picture book, filled with Lloyd-Jones’ musical language and the warm and welcoming illustrations of Frank Endersby. This is a book not only for children, but for families: the story of Little Red Squirrel draws our eyes upward toward our own Father, who loves us not because of our Super-Great Housekeeping or our Extra-Strong Service, but just because we’re his.